The British even react to scandals better than the rest of the world.

On Sunday night, the Daily Mail published excerpts from Call Me Dave, a new tell-all about British Prime Minister David Cameron, on its website. The most salacious claim in the book by former Tory treasurer Lord Ashcroft and journalist Isabel Oakshott is that while a student at Oxford University, Mr. Cameron “put a private part of his anatomy in a dead pig’s mouth” during an initiation ceremony for a secret college society.

This allegation of bestiality set tongues wagging the world over—#PigGate has been trending worldwide ever since the story broke, with many commenters noting this scandal’s similarity to an episode of the popular British television series Black Mirror.

What the media doesn't tell you is that I was also being initiated.

The whole episode left me with a bad taste in my mouth.

How do I get verified?

Nevermind. I found out the process for verification and I'm not doing that again.

.@David_Cameron it was a one time thing. Stop texting me.

Looks like it’s not just humans who can benefit from good publicity on social media. 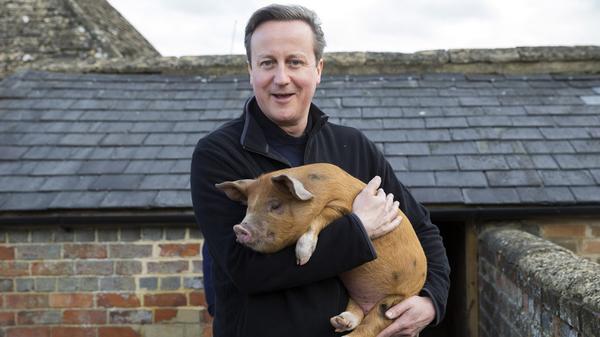