The other day, I read that Arrested Development Season 5 may not happen. It was an oddly specific snippet of an interview with series star Jason Bateman. “There is no plan,” he confessed. This was just the latest in a bizarre series of statements about the show’s future, each one contradicting the last: the series is happening, the series is not happening, the series is happening, but it will be shorter, etc. You’d think as a fan of this series that I’d be disappointed in Bateman’s hint that the series may, in fact, be over. But I confess, I was pleased to hear it.

Why? Because Arrested Development ought to be left to rest in peace.

Like most other fans, I approached the Netflix-led season four of Arrested Development with excitement, or at the very least, cautious optimism. But sadly, I found Netflix’s revival of the show grim, joyless and muddy. I wasn’t alone. Laura Bennett over at The New Republic called it disappointing “because it confuses darkness with depth and convolution with complexity.” Variety called it “an interesting idea that was more exciting on paper.” The New York Times grimly declared: “Chalk one up for the Internet: It has killed Arrested Development.” Finishing it was a relief: it was a noble experiment, it didn’t work, that was that. But that’s why I was shocked to hear, so shortly afterward, that there was another season in the works.

This is a troubling trend—and it’s not just limited to Arrested Development. Television and movies have been gripped by the instinct that there should be no end to a story. If a show is worthy of six seasons, surely it’s worthy of seventh; if a film franchise was good for two installments, we might as well try eight. Nobody is a worse offender in this regard than Disney, first with Marvel and now with Star Wars. Fans have all but come to expect the moment in a Marvel movie when the creators set up the next installation with a skit assuring us that even if this movie wasn’t all that great, they’ll do better next time. Call it Infinite Fiction, the post-credits sequence spun out into a full-blown cultural phenomenon.

The push for infinite fiction doesn’t make sense in 2015, when we have more entertainment choices now than ever before, many of them quite good. We’re not hurting for things to watch, and the number of high-quality dramas, feature films, sitcoms or reality shows is a testament to that. But that variety might itself be a symptom of the problem, and not the solution: there’s so much choice that we cling to the familiar. And because more people are making more content than ever before, fans simply do not have to accept the endings of their favorite properties. Netflix and others have been capitalizing on this, doing fans a service and earning positive PR by proving how they’re willing to take risks reprising shows those stodgy old networks just can’t manage. But if we step back and evaluate what they’re doing critically, it’s just a version of what every television network over the ages has done: giving people what they think they want.

And so the call to revive one cancelled show after another. Hollywood is lousy with reboots and remakes—Community to Hannibal to The Killing, to name only a few—and even what appears to be a new story is more often than not purchased from a recent blockbuster novel. AMC recently premiered Better Call Saul and Fear the Walking Dead, both spinoffs of its most popular shows. Similar plans seem to be in the works for Sons of Anarchy and Game of Thrones spinoffs.

Why is this a problem? Because infinite fiction is timid by definition, and timidity is rarely a wellspring of creativity. This business model obsesses over fan culture, concerning itself with preservation more than innovation. Spin-offs, by design, begin by being hemmed in: any deviation from the story lines, plots, or character development from earlier iterations of the story is a heresy. Sure, constraints can sometimes spur bold thinking—but assuming that our best ideas are behind us by reprising old shows and bygone characters robs us of the opportunity to create new things.

Which brings us back to Arrested Development. For the sake of the show’s fans, or perhaps only for my own sake, I hope Netflix has the good sense to assign Hurwitz to anything but another season of the show. He’s a brilliant, funny writer, and one has to believe that Arrested Development was not his only good idea. The real tragedy of an Arrested Development Season 5 would not just be another likely misguided set of episodes, but that we still wouldn’t get a chance to see what new thing might be coming next.

David Thier is a freelance writer whose work has appeared in The Atlantic, The New York Times, Forbes, IGN.com, Wired and more. Follow him on Twitter. 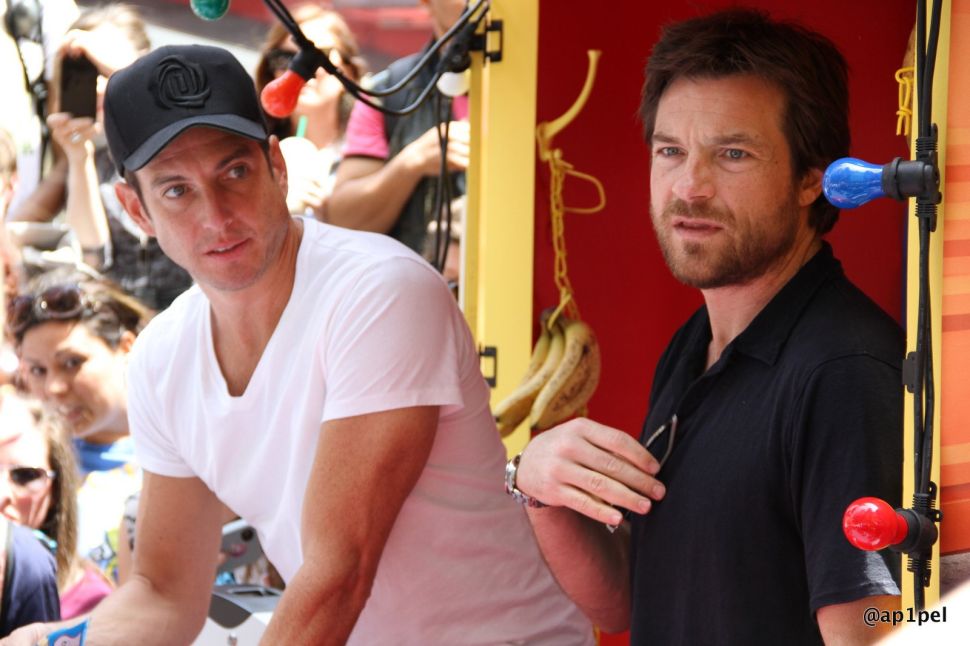