During the 2008 Democratic presidential primaries, Democratic National Committee Chair Debbie Wasserman Schultz was a strong supporter of Hillary Clinton’s, serving as a co-chair to her campaign. In April this year she told the Sun-Sentinel, “Secretary Clinton, I think is arguably one of the most qualified people—assuming she announces her candidacy—who have ever run for president. I was proud to support her in 2008. Of course, as DNC chair, I will neutrally manage our primary nomination contest, assuming we have one.” Schultz didn’t count on Senator Bernie Sanders becoming a serious contender in the Democratic primaries. In response, Ms. Wasserman-Schultz has ceded her stance of neutrality to aid Hillary Clinton’s run for president.

Ms. Wasserman Schultz’s decision to limit the debate schedule of the 2016 presidential primaries to six sanctioned debates favors Hillary Clinton. Any candidate who participates in a separate debate will be banned from any further DNC debates. Former Maryland Governor Martin O’Malley claimed it is legally unenforceable for the DNC to impose its exclusivity clause, calling it “a very undemocratic way to run the Democratic Party.”

In the 2008 presidential election, 26 debates were held, and they proved pivotal in Barack Obama’s victory over Hillary Clinton to receive the Democratic nomination. In 2016, she began her presidential campaign as a clear frontrunner, but the past few months have seen Senator Bernie Sanders take the lead in New Hampshire and Iowa.

Debbie Wasserman Schultz is dependent on Hillary Clinton winning the Democratic nomination to further her own political career.

In a letter to the DNC on June 1, 2015, Senator Bernie Sanders wrote, “The large number of debates in the 2008 presidential campaign is probably one of the reasons why that campaign was so successful in helping not only elect President Obama to an historic victory but for the Democrats to control the House of Representative and elect sixty members of our Democratic caucus in the Senate. Those debates helped voters, beginning in the primary process, to understand more about the candidates and their positions on issues. I believe that we should not learn the wrong lessons from the past but instead should look at the fact that an engaged and vigorous nominating process was one of the keys to success in registering voters early on and convincing people they had a meaningful stake in the general election in November. In 2008, voter turnout was extremely high, and that vigorous process of multiple debates and an engaged nominating process was one of the reasons for this increased voter turnout that enormously benefited Democrats at all levels of politics.” Ms. Wasserman Schultz and Ms. Clinton do not want a repeat of 2008, despite the benefits to the overall democratic process the debate schedule then provided to voters.

Debbie Wasserman Schultz is depending on Hillary Clinton winning the Democratic nomination to further her own political career. She has lost favor of the Obama administration since her appointment as chair of the DNC in 2011, with reports that replacements had been lined up after the 2012 presidential election. She allegedly planned to retort with accusations of anti-Semitism and sexism if the administration went through with her replacement. Her leadership led to catastrophic losses for the Democrats during the 2014 midterm elections. She directly assisted in losses by refusing to support three Democrats, Miami-Dade Democratic Party chair Joe Garcia, former Hialeah Mayor Raul Martinez and businesswoman Annette Taddeo, who were challenging Republican Reps. Mario Diaz-Balart, Lincoln Diaz-Balart and Ileana Ros-Lehtinen, because she is friends with her Republican colleagues.

Most recently, she blocked a resolution at a DNC meeting on Obama’s nuclear agreement with Iran. Despite her efforts, the majority of DNC members signed a letter in support of the Iran deal. Ms. Wasserman Schultz has often favored her own agenda and political considerations over what would be best for the Democratic Party. If Hillary loses, she will lose one of her last remaining allies in the Democratic Party and the career benefits that are normally inherent with serving as the Chair of the DNC. 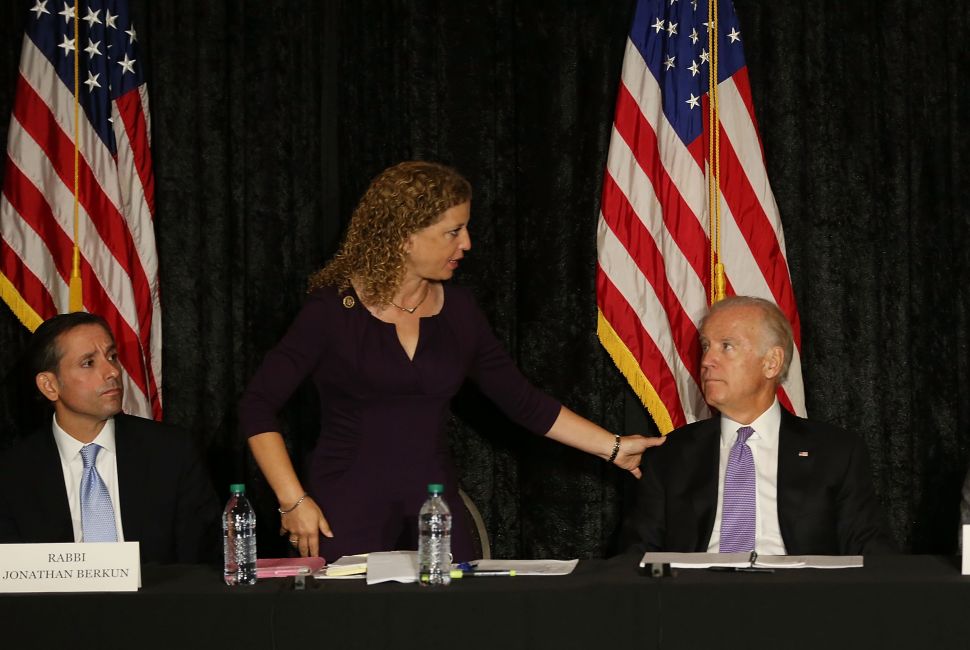