A day after violence surrounding the annual West Indian Day Parade left one man dead and a Cuomo administration aide in critical condition, a trio of City Council members declared that the annual celebration is still safe.

Councilwoman Vanessa Gibson, the chairwoman of the City Council’s public safety committee, and local Council members Laurie Cumbo and Jumaane Williams issued a joint statement this afternoon that also called for more state and federal efforts to combat gun violence. They asked for further unspecified improvements to the Brooklyn parade.

“Statistically speaking, last year’s West Indian American Carnival celebration was the safest in recent history, and early reports indicate that this year’s was even safer–but statistics are of little comfort to the friends and families of those whose loved ones were hurt in the weekend’s senseless violence,” the Democrats said.

In the early morning hours before the parade, Carey Gabay, a first deputy general counsel at the Empire State Development Corporation, was shot in the head. Mr. Gabay, 43, was caught in the crossfire of two gangs, police said. A 24-year-old man was also stabbed to death shortly before near Grand Army Plaza. Police have not yet released the victim’s name or any more information related to the stabbing.

The parade, which brings thousands to Brooklyn’s Eastern Parkway and is regarded as the signature celebration of the city’s growing Caribbean community, has been marred by bloodshed before. Last year, a recent parolee opened fire into a crowd of revelers, killing one man and wounding several others. In 2013, a 1-year-old boy sitting in his stroller was killed by a bullet meant for his father.

Mayor Bill de Blasio dismissed any talk of ending the pre-parade festivities where violence tends to break out. Mr. Williams and Ms. Cumbo, who represent large swaths of Brooklyn’s Caribbean-American residents, also did not mention that possibility in their statement.

“Despite this being one of the safest summers in New York City, we are tired of our communities experiencing gun violence, even though the solutions are right in front of us,” they said. “While respecting the second amendment, we must limit the supply of guns and address the structural deficits that exist in many communities, often driving the need for violence that can result in fatal actions.”

The three Democrats (Ms. Gibson is a Bronx lawmaker) called on Congress to support Sen. Kirsten Gillibrand’s anti-gun trafficking bill and back micro-stamping and background checks on gun dealers. All initiatives are opposed by Republicans, who hold majorities in the House and Senate.

Brooklyn Borough President Eric Adams, who represented the neighborhoods the parade rolls through when he served in the State Senate a couple of years ago, said he would be convening an emergency meeting to reexamine the pre-parade celebration known as J’Ouvert.

“I will be convening an emergency meeting of key stakeholders, including law enforcement and J’Ouvert organizers, to review the celebrations as currently constituted and determine the best course of action for next year,” Mr. Adams said. “The celebration of J’Ouvert is not inherently violent, so we must work to remove every violent element from this otherwise festive celebration of cultural pride.”

One local Republican, State Senator Martin Golden, told the Observer the whole Caribbean celebration needs to be “re-evaluated.” His chief of staff, Jerry Kassar, wrote on Facebook yesterday that “it is insane that this event that sees shootings, stabbings, robberies and all sorts of violence requiring the deployment of over 1000 police gets renewed each year.”

Mr. Kassar, also the chairman of the Brooklyn Conservative Party, said he was speaking for himself, not Mr. Golden. Mr. Golden was slightly more restrained.

“There’s no reason to have a pre-party. There are 4,000 police officers doing security and we’re still having this type of violence. It’s unnecessary,” Mr. Golden said. 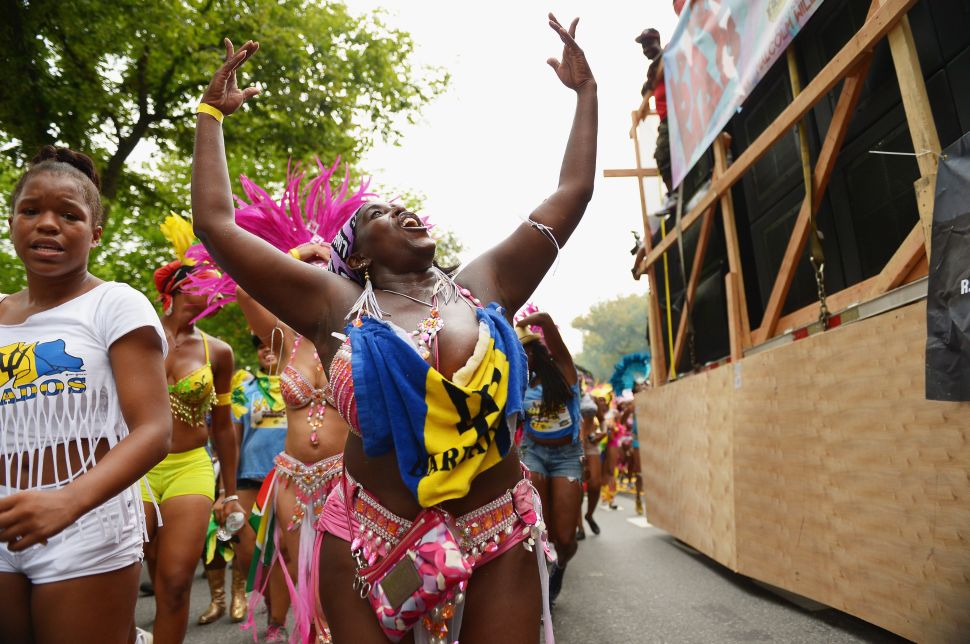