Erin Goldberger has been the director of Bill Powers’ beloved uptown space-slash-hangout, Half Gallery since 2011. Now she’s taking on a new challenge.

“I knew I wanted to have a place of my own at some point but it came much sooner than expected,” Ms. Goldberger told the Observer in an exclusive first look at her new gallery appropriately called New Release. “Sometimes the right space, time and people just come along and you know that if you ran in the opposite direction, you’d always wonder if you had made a horrible error.”

Her first exhibition at the space is a suite of paintings by Kamil Franko titled Love and Violence. The show will open tomorrow night, Sept. 30, from 6 to 9 p.m. and will run through November 7. Aside from running New Release, Ms. Goldberger will also continue to work full-time for Mr. Powers at Half Gallery.

She’s part of an industry-wide migration to the region: New Release can be found at the southern part of the new burgeoning art hot-spot of Chinatown at 60 Mulberry Street, not too far from the venerable nonprofit institution Artist’s Space. The gallery will be open noon to 6 p.m., Friday, Saturday and Sunday.

The move is something of a homecoming for Ms. Goldberger, a New York-area native whose grandfather was born on Elizabeth street and whose great-grandfather owned a shoe store in the neighborhood. “Despite the touristy nature of what Little Italy and Chinatown have become, I’ve always had a soft spot for these areas. In between the restaurants and the junk stores are little gems that have somehow managed to survive.”

When the Observer contacted Mr. Powers, he spoke about his director with great pride but also some melancholy, saying, “I think Erin wanted more of a voice to match her vision and deservedly so. I hope New Releases is a major success, but I’ll be bummed if she quits her day job.”

Fortunately, Ms. Goldberger is used to multitasking. Aside from running Half Gallery, she’s been co-hosting Minerva, a weekly radio show on Know-wave Radio since 2014. Conceived by Ms. Goldberger and fellow New York City art junkies Fabiola Alondra from 303 Gallery, Anna Furney, the director of Venus Over Manhattan and head of Richard Prince’s studio Jane Harmon, the show sets out to give the New York and international art world a contemporary female voice.

Between them, the ladies have managed to lure some top-notch guests on air including Glenn O’Brien, Marilyn Minter, Betty Tompkins, Bjarne Melgaard and Jeffrey Deitch. Ms. Goldberger will continue to work on Minerva despite her full plate.

When asked about what her program will be like, Ms. Goldberger stated, “I don’t have one set vision on the type of work I plan to exhibit. I want to show emerging work that has not been brought yet to the surface, I want to collaborate with experienced artists looking to try something new they may have not allowed time for in a while, explore new technologies that make no sense, old technologies that make the viewer sad and nostalgic, and more.”

One of those gems was a VHS rental store that had been closed for over a decade. Ms. Goldberger and artists Phillip Ashley and B. Thom Stevenson decided it would be a good idea to curate an unorthodox show in the space.

She had been curating shows all over Manhattan, but after finding this space available in June, the young dealer decided to put an all-VHS video show together starring up-and-coming artists such as Ryan Foerster, Siebren Versteeg and Jeanette Hayes. It went so well, that she decided to keep the energy going.

But the elephant in the room is this: How will she possibly keep all of her projects straight? 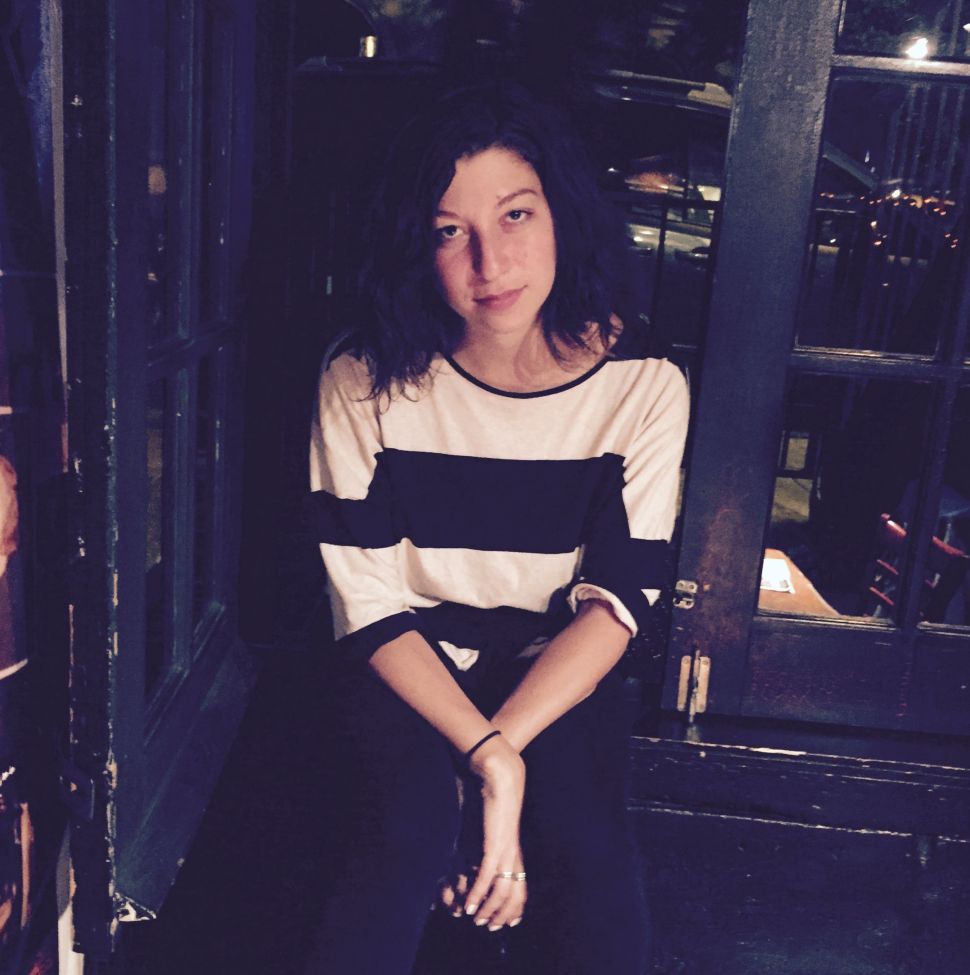