The cascade of atrocities committed by ISIS just keeps flowing. In the last two weeks we’ve learned of sexual enslavement, the use of chemical weapons, and the public beheading of Syria’s leading archaeologist. Professor Khalid al-Asaad’s “crime” was the preservation of antiquities, particularly those around Palmyra. Not surprisingly, ISIS thugs quickly completed their work of destroying the blasphemous ruins.

Human life, culture, ideas—nothing is safe from the distorted minds and maniacal hands of these true believers. The same fanatics President Obama referred to just a year ago as, “The JV team.”

Though he has not admitted it publicly, we suspect the president regrets his choice of words. The bigger question is what did the president mean when he said we were preparing to “take the fight” to the Islamic State, and would “degrade and destroy” the militant group. What is our strategy?

Chuck Todd said on Meet the Press that there is a ‘growing consensus’ in Washington that ‘our strategy to defeat ISIS simply is not working.’

We’re not the only ones wondering. On Meet the Press this weekend, Chuck Todd showed a map of the Middle East with an expanding black area that represents Isis-held territory. He said there is a “growing consensus” in Washington that “our strategy to defeat ISIS simply is not working.”

The reason we ask what should be a fairly self-evident question—after all, we are launching sorties against the ISIS fighters in Iraq and apparently Syria—is that our involvement seems limited and the debate around it is muddled.

The former is easy to put into perspective: in the first nine months after the president’s degrade-and-destroy promise, America had conducted 3,800 air sorties against ISIS targets. Compare that to what the military did under President George W. Bush in March 2003, when we went in to topple Saddam Hussein: in that one month, American fighter planes flew 47,000 sorties. We knew what our objective was and committed what was needed to get the job done.

That the debate surrounding ISIS seems confused was recently echoed in an actual debate on the topic. The folks at Intelligence Squared U.S. recently held a formal Oxford Union-style debate at the Aspen Security Forum. The proposition being debated was “Containment is not enough: ISIS must be defeated.” The outcome wasn’t surprising, but the arguments were. All four debaters agreed that ISIS had to be fought—militarily, ideologically, and in what stands for public opinion these days: social media. The only real question was: What is America’s role?

No one likes the idea of American boots on the ground. But can the indigenous people—whether Kurds, disaffected Sunnis, or long-time enemies the Shiites—actually mount an effective defense, much less an offense to retake territory? And with whose equipment? (So much of what ISIS is using are American weapons and vehicles seized from defeated Iraqis.)

Is the president’s unspoken strategy that the Iranians, so happy with the outcome of the nuclear deal, will step into the void created by our departure? Will the Saudis fund it? Is Syria’s President Assad, the enemy-of-our-enemy—whom President Obama said could not remain in power—now our friend?

Sadly, none of these questions—and many, many more—have been addressed by the president or anyone else in this administration. But as beheadings continue and Americans are sent into harms way, we need a better explanation of what our ISIS strategy really is. 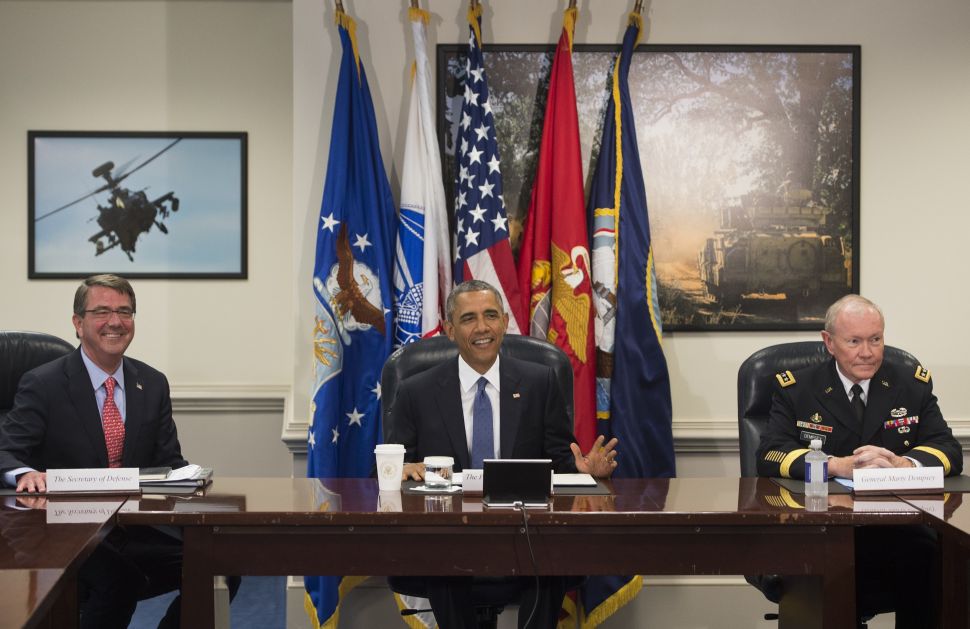