New York’s Fifth Avenue—particularly from the Plaza Hotel down to the Empire State Building—is generally considered among the finest shopping streets in the world. Millions of visitors from around the world walk the sidewalks every day, gaze into flagship store windows, and part with enough cash to justify some of the highest rents in the world. Tourists crane their necks from tour buses, limousines, taxis and pedicabs, marveling at the buildings, the store windows, the glamour, and the people. It is a wonderful sight and the energy is palpable.

It is also maddeningly crowded.

Whether on foot or in a vehicle, one’s progress along this grand boulevard is achingly slow. That’s why the city’s plan to allow 15 bus shelters to be built along Fifth Avenue from 58th Street to 35th Street makes no sense.

CEMUSA has had a long-standing contract with the city to build and maintain bus shelters throughout the city, but the cash-strapped company was bought out last year by outdoor advertising giant JCDecaux.

CEMUSA has had a long-standing contract with the city to build and maintain bus shelters throughout the city, but the cash-strapped company was bought out last year by outdoor advertising giant JCDecaux. Now the mayor, apparently hungry for cash, is breaking precedent, renegotiating the contract and allowing the French company to build the congestion-creating shelters along already-too-crowded Fifth Avenue.
Bus shelters are generally a very good idea—if the geography, passenger demand and foot traffic can support them. Here, there are sufficient commuters and tourists who take the Fifth Avenue-route buses who could benefit from shelters. The problems, however, far outweigh the benefits. Each shelter has a large footprint and would disrupt pedestrian traffic along these already-too-crowded sidewalks.It is a bad idea and shortsighted on many levels.

Second, the advertising, which normally makes one end of the shelter opaque, detracts from the esthetic that helps make Fifth Avenue special. And should JCDecaux choose to add advertising to the length of the shelters—as it has in other cities—the impact would be horrific. How does the mayor plan to reconcile the introduction of advertising in an area that it zones specifically to prohibit advertising? Upper East Siders have battled over this recently and many think a suggestion to put shelters—and the advertising that comes with them—right outside of Central Park is a downright atrocity to a one-of-a-kind thoroughfare. 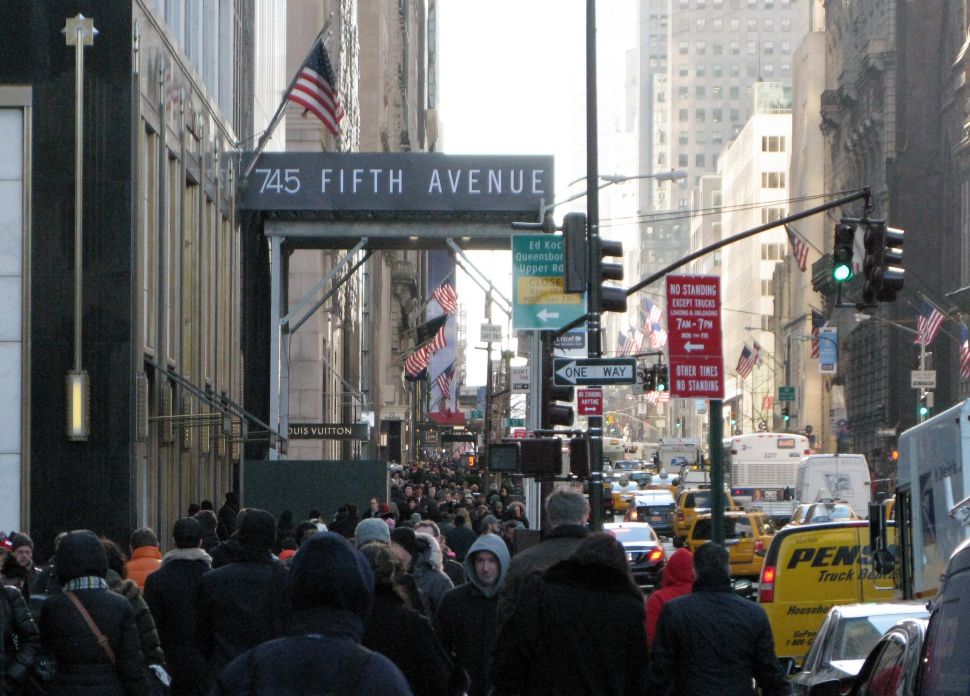