If you’re still scared robots are taking over the world, don’t be—they’re also at home just trying to figure out how to put together that damn IKEA furniture.

While the average person struggles to follow the picture instructions, occasionally breaking to eat more Swedish meatballs and cry, they usually get the job done eventually, six to eight or so hours later. Robots, however, have been trying day in and day out to assemble an IKEA chair but have yet to succeed.

Two researchers at Nanyang Technological University in Singapore are studying fine robotic assembly, in which the parts to be assembled are small and fragile and lie in an unstructured environment. Their “long-term” project has been the autonomous assembly of an IKEA chair. According to the report they published on their findings thus far, the robot (which has a six-camera vision system and two arms capable of six-axis motion, each equipped with sensors and parallel grippers to pick up objects) has made progress but still isn’t capable of assembling the chair.

The report, however, details one of the main difficulties the robot previously struggled with and how it’s overcome it.

The difficulty in question is the step that involves inserting small wooden cylinders or dowels into holes in another stick of wood in order to lock them together. This seems simple to us, but it consists of three challenging steps for the robot. It must: locate and pick up the dowels, locate and use the other arm to pick up the stick of wood and then locate the hole and insert the dowel.

The first problem is that the dowel is very small and difficult for the robot to locate. And while picking up the wooden stick is simple, locating the holes in it proves difficult as well. Francisco Suarez-Ruiz and Quang-Cuong Pham, the scientists, created protocols to make these steps possible for the robot.

For locating and picking up the dowels, the protocol has the robot place the parallel grippers near the dowel to “feel” that it is in contact with the table and then slowly close its grip in order to grasp it. The protocol for locating the hole and inserting the dowel involves placing it on the stick near the hole and using its sensors to perform a programmed sequence of motions in order to map out the shape of the surface. It then pushes the dowel gently against the surface until it enters the hole.

Mr. Suarez-Ruiz and Mr. Pham uploaded a video of the robot successfully performing this assembly task:

One small step for the IKEA assembler robot, one giant leap for robotkind. 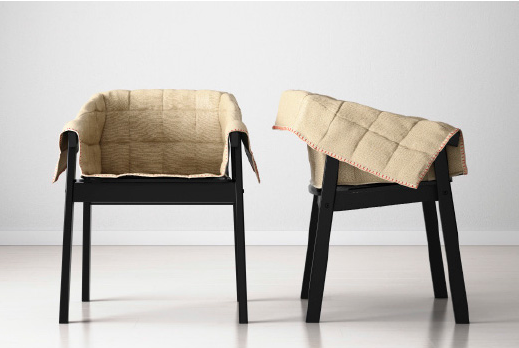