Stephen Colbert is kicking off his first episodes of The Late Show with a lineup of exciting and diverse guests. On the premiere night, he hosted George Clooney and Republican Presidential candidate Jeb Bush. Later this week, he’ll talk to the CEO of Uber, Stephen King and Amy Schumer.

Last night, Mr. Colbert sat down with Elon Musk. The two talked mostly about Mr. Musk’s ventures, Tesla and SpaceX, but also went into a bit about whether Mr. Musk is a superhero or supervillain.

Another interesting part of the conversation was about Mars, which Mr. Musk famously believes we should colonize. Mr. Colbert pressed him on how this is possible since the planet is uninhabitable, to which Mr. Musk explained that all we have to do is warm up the planet a little.

EM: “There’s the fast way and the slow way.”

EM: “The fast way is drop the nuclear weapons over the poles”

The slow way, by the way, is to release greenhouse gases into the planet’s atmosphere. 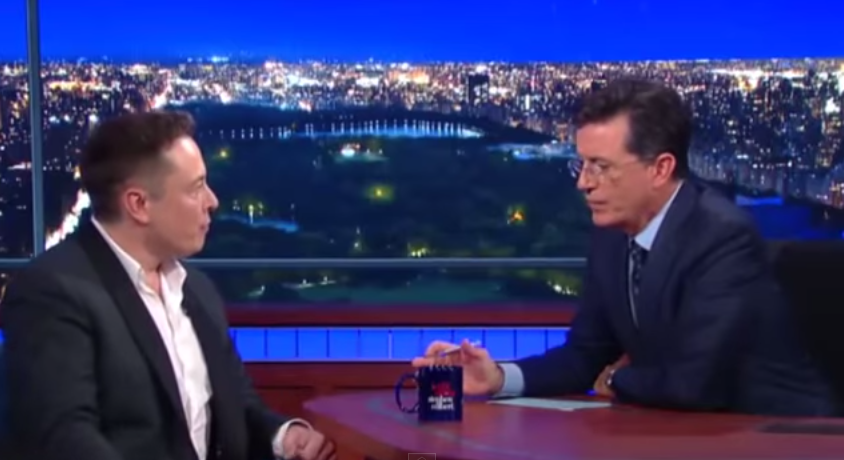