2003 U.S. Open winner Andy Roddick hosted an intimate crowd last night at the John McEnroe Tennis Academy on Randall’s Island to announce the arrival of Grey Goose’s “Winning Shot” party circuit. The 9-year-long sponsor of the U.S. Open tournament is set to host a three day marathon of Vodka-fueled closing parties located throughout the city based on the location of the winning shot in each of the final three daytime matches at Flushing Meadows. A tennis court graphic transposed over a map of Manhattan will dictate which hotspots will play host to the debauchery. “I might have one or seven of these,” Mr. Roddick joked, holding one of the Grey Goose “Honey Deuce” cocktails complete with its signature melon “tennis ball” garnishes. “I’ve been giving my wife designated driver privileges, because she’s pregnant. So, I’m a lush”

Yes, Mr. Roddick is set to become a first-time father. “I’m going to try to figure out how to be a father first, that’s going to take priority for a while. I’m pumped,” he said of his impending bundle of joy with Sport Illustrated super model and actress Brooklyn Decker. “We’ve been married six years now, so we are ready for it. She has a Netflix show, Grace & Frankie, going on right now, so she has something. For too long, I think my career took too much priority, so basically between being a mother and working, I’m going to be there to support her any way that I can. My days are not a priority any more.”

While the world class athlete, known for his rocketing serve, may have retired in 2012, his eyes are still focused on the tennis circuit and his longtime friend, Serena Williams, who is likely to win all four Grand Slam titles this year. “I hope she wins it. We have been friends since we were 8,” he said of his fellow tennis professional, whom he shares a manager, Jill Smoller, with. “For 4 years we practiced on the courts in south Florida. We played right next to each other. To see her come from the ten year old year with beads in her hair-I mean shit just to see her become just this complete icon and the best female athlete of all time. I love the respect she’s getting this week in the lead up too. She has the support of an entire country. We threw lots of fits on the court. I was a dick a lot of the time, and I didn’t get a quarter of the criticism that she ever got. To see her at this moment, and on the precipice of doing something great, and that will be remembered forever, it’s just so cool. I’m so happy for her, and I hope she does it.”

Give me your worst Roddick. 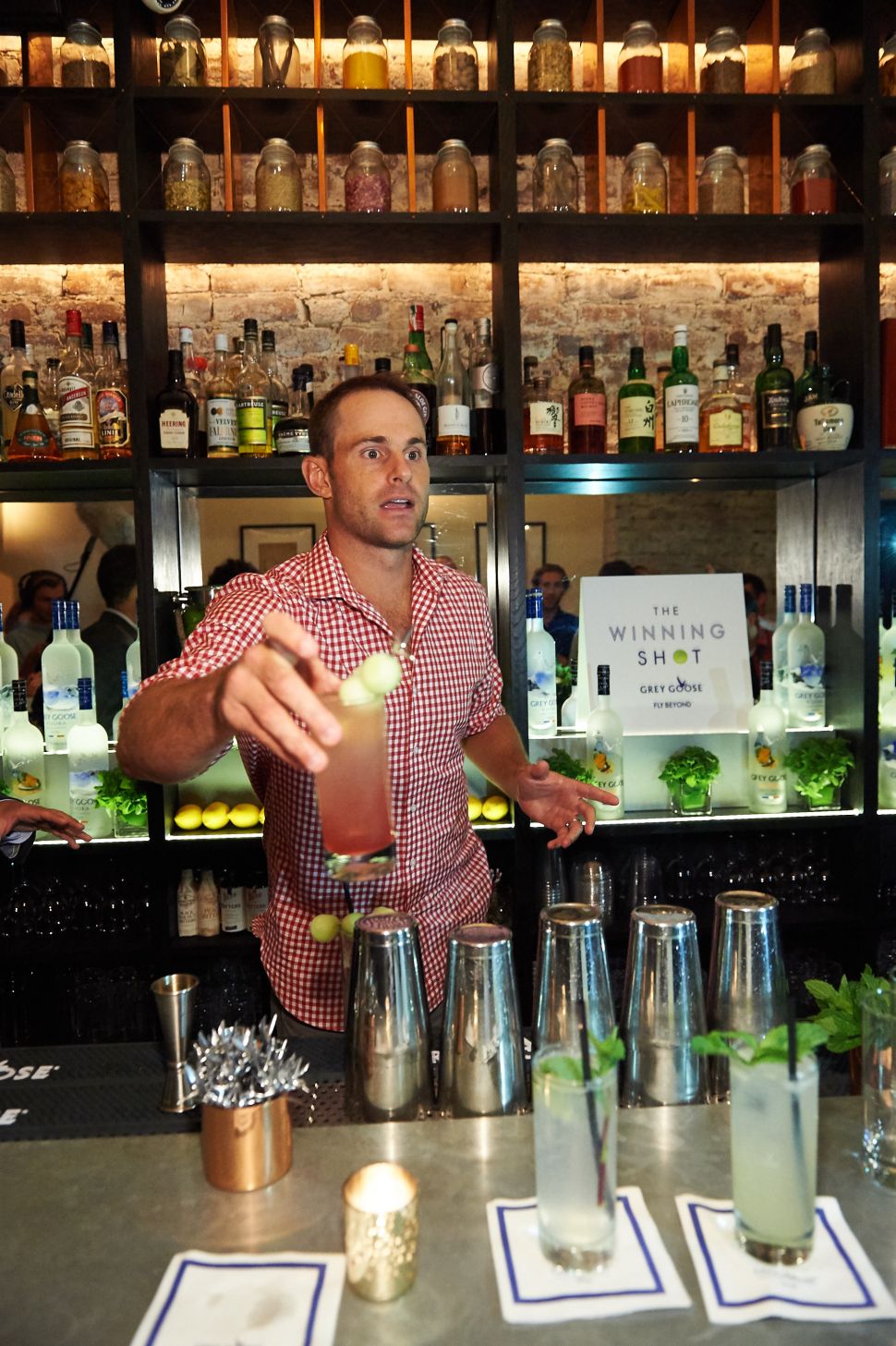