In case one thinks that the banning of ‘offensive’ books is uniquely a product of American conservatism or social justice warriors, one needs to look no further than the front page of reddit.com. Last week’s featured AMA was with a New Zealand author named Ted Dawe who had found his book Into The River banned by New Zealand’s Film and Literature Board of Review.

It’s the first book banned in New Zealand in over 22 years. Its offense? Well, the book features ‘strong offensive language, strong sexual descriptions (and) covers serious things like pedophilia and sexual abuse’ or at least it does according to to the the national director of Family First, the conservative lobbying group behind the campaign against the book. Originally the group sought an age restriction but as is often the case with calls to censor, we all got more than was bargained for.

But with the help of his son, Dawe is fighting back—using new media tools he told me that he’d never even heard of a month ago to effectively fight to get his message out. It remains to be seen—will the ban prevent the book from getting into the hands of young people? Or will the attempts to block them follow what’s known as the Streisand Effect, ensuring an even larger audience?

We set out to interview the author to find out his thoughts and his plans.

When you first set out to write this book, did you expect anything similar to the reaction you’ve had? Your first novel, Thunder Road, has touched on similar themes but it was not banned at the time.

As a writer I never look that far ahead. My goal is always to pursue that elusive goal of doing justice to the idea and emotion that inspired the book. After four or five years and producing a 700-plus-page doorstopper of a book, my real battle was getting the thing published. It was declared unpublishable, and like a sloppy writing student I was sent home to ‘do it again. After a couple of equally unsuccessful resubmissions I decided to self-publish so I could keep control of all aspects of the book, content, style, cover, even font and margin size. When it was finally printed, the major book shops wouldn’t look at it on the grounds that it was self-published. “Ted, if we do it for you, we will have to do it for everybody”. The small independent book shops were a different story, they knew me personally and had sold plenty of my previous books.

What bumped the book into the big shops and eventually into the press and the censors office, was winning ‘Book of the year’ in the NZ Post Children’s and Young Adults Book Awards. It was the inaugural Margaret Mahy Award. Margaret, recently deceased, had been the godmother of young people’s books in this country  for the past 20 years. Everything happened fairly quickly after that, the censor’s ruling ‘recommended for older readers’ the Appeal Board with its unprecedented R14 restriction. This amounted to an ersatz banning because the book couldn’t sit on the shelves of a library, but was confined to desk copy or the ‘basement stacks’ until requested.

Yes, Thunder Road covered much the same ground as this book, and was written in a similar style, except that it had a first person narrator, who perhaps toned things down a little.

This is the first book that has been banned in New Zealand in over 22 years. Do you see any indications in New Zealand that we might be seeing more bans—or the very least attempts—to ban books and other expressions of free speech?

Actually I don’t. The suppression of this book has created such an uproar, both here and overseas that I think the Attorney General will take steps to change the judicial process so that this does not happen again. What has happened is, that the Chairman of the Appeals Committee, has acted in a unilateral fashion which was supposedly meant to dampen the embers of discontent. It has had the opposite effect, but now his position is so entrenched there is nothing anyone can do about it until after the hearing.

Have there been any other upsides to the ban? Do you also think the ban will actually help you better reach the audience you write for—the boys that ‘appear in the newspapers for the wrong reasons’ as you put it? Have you received offers to write more books, etc?

The upside is that the comparatively quiet NZ literary scene has turned into an uproar. Even boys who don’t read are desperate to get their hands on a copy to see what all the fuss is about. And offers? Hell, there’s movie rights, translation rights, audio book rights, Reddit AMA forums, it’s the sort of publicity any other author would die for. And another book. I’ve already written it, but it has been sitting with publishers for the past two years waiting to hook up with someone who has the balls to do something with it.

How has the media reaction to the news played out?

New Zealand is in the news again and this time it isn’t because of Lord of the Rings or the All Blacks. Our reputation, (I guess you call it ‘brand’ these days) as a liberal advanced South pacific Democracy has taken a bit of a hammering. I think that this is a good thing. It is time the complacent oligarchy who run this country had a long hard look in the mirror.

The censorship ruling was over-turned a few times yet the book is still banned across New Zealand. How do you expect this would play out in the next few months? If the ban remains, what do you think the impact will be on other writers and publishers?

I have no confidence that the same Appeal Board who judged the same book on the same grounds will come up with a different outcome this time round. I reckon the ban will be lifted, the R14 restriction will be imposed, and we will all be back where we started from almost two years ago. I hope that writers and publishers take inspiration from what has happened. When I wrote this book my unswerving intention was to be true to myself; true to my vision. I was not influenced by money and marketing, I was writing for those lost boys who don’t read, don’t pass exams, don’t get good jobs, have good relationships…you in the USA know these guys. And you know where they end up.

How do you feel about this increase in reactionary objections to things that offend us? Do you feel like society is heading the wrong direction? What’s the cause? Is this temporary?

People who peddle clichés refer to this as the ‘Nanny State’. The interfering government that won’t allow parents to make decisions about their kids’ books so they impose restrictions. I think it is more a result of pressure groups, (this one with a strong Christian agenda) step into the vacuum created by everyone’s apathy. They manipulate the mechanisms of the law, and this is where we end up. Is society heading in the wrong direction? I grew up in the 1950s and ’60s. I had never seen a beggar or a homeless person, now our streets are littered with them.

What message do you have—if any—for people who think they can improve the world by blocking people’s access to things they find offensive? What do you wish ban’ers (or rather burners) would understand?

I believe that all stories inform; from the most obscure fantasy through to the most didactic children’s tale. Blocking access to ideas is a pointless exercise. If you don’t like the ‘messages’ a book carries buried within the narrative, then write a better one yourself. If you find a book offensive put it down. If you think a book will be offensive to others and hence should be blocked, then you must ask yourself who gives you the right to do this. I find many things offensive – particularly music – but I turn it off, I don’t call for it to be banned. As I say at the end of my submission

“Time passes. The world turns. People change. We need a new literature for a new age. As we blunder into the new millennium we need a literature that is prepared to roll up its sleeves, to get dirty, to be fierce but compassionate, to say the unsayable.”

What’s next for you in this campaign? Will this fuel you as a writer or hold you back?

I am speaking at an anti-censorship rally in the Auckland library on October 1. I will use this opportunity to read out my submission to the review board which will be sitting in Wellington two days later. I have been asked to do a podcast on Comcastro. I think this came as a result of my Reddit AMA the other night. The R14 ruling certainly put me into a funk. It was a banning, that didn’t look like a banning so everyone seemed to think I had been treated if not harshly then at least fairly. The zero borrowing from the library was the barometer of the books banishment. Since the book was banned unilaterally I have been shaken back to life and I am dying to get back to my follow-on novel ‘Into the World’. 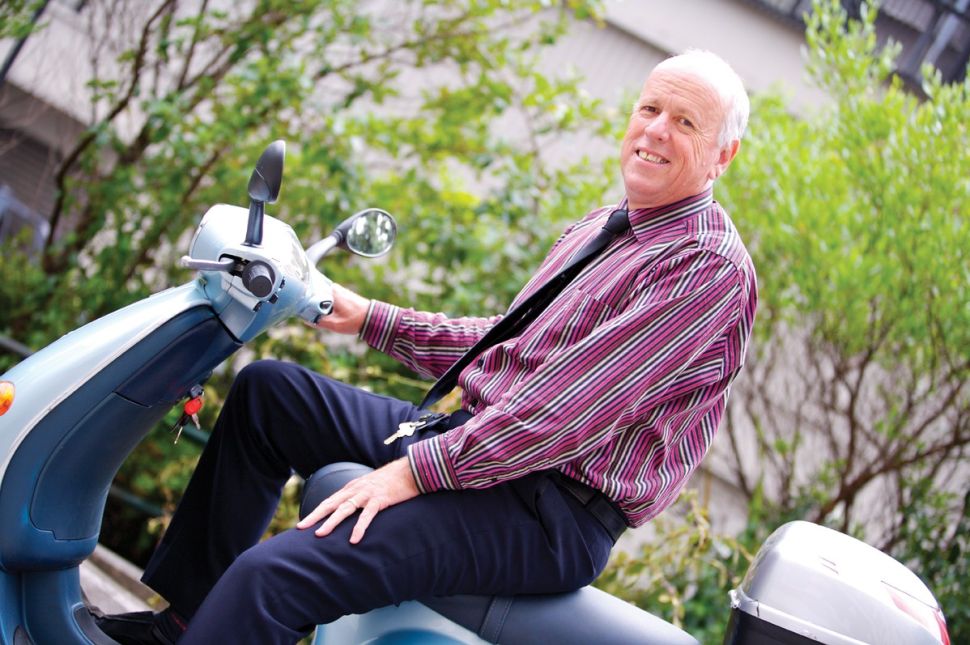