SLEEPING WITH OTHER PEOPLE

“It’s When Harry Met Sally…but with assholes,” chortled writer-director Leslye Headland at this film’s Sundance premiere. Jason Sudeikis and Alison Brie play unrepentantly libidinous New Yorkers who lost their virginity to each other way back in college and now decide to keep their friendship strictly platonic—a pair of amorous confidantes seemingly immune to rose-tinted sentiment as their guilt-free sex conquests stack up. This follow-up to the caustic 2012 surprise hit Bachelorette is equal parts punctured romance and inverted sex comedy, while never anything less than a remarkably warm-hearted date flick. Opens September 11.

Like an architectural Lazarus, the dearly departed World Trade Center rises once again thanks to Robert Zemeckis’ vertigo-inducing 3-D recreation of French acrobat Philippe Petit’s 1974 tightrope walk between its just-erected North and South Towers. Those familiar with James Marsh’s award-winning 2008 documentary Man on Wire will be well aware of the hair-raising, death-defying (and completely illegal) stunt; others new to the skyscraper caper will thrill to its coeur en folie lunacy. Expectations are suitably high, especially since the Joseph Gordon-Levitt starrer is opening the New York Film Festival. In theaters October 9.

First things first: Michael Fassbender bears absolutely no resemblance to Steve Jobs. But maybe blue jeans and a black mock turtleneck will be enough to sway both die-hard fans and casual observers in this triptych biopic that focuses on a trio of seminal product launches: 1984’s Macintosh computer, 1988’s NeXT computer and 1998’s iMac. Oscar talent abounds: Aaron Sorkin penned the script, and Danny Boyle, of Slumdog Millionaire, is at the helm, so sassy talk and flashy direction are assured. Convincing physical appearances (Seth Rogen as Steve Wozniak?!), not so much. Opens October 9.

Steven Spielberg expands his historical repertoire with this hyperventilating cold war potboiler, featuring Tom Hanks as an insurance lawyer cherry-picked to negotiate a clandestine spy swap. Neither government dares an official tête-à-tête, so Mr. Hanks must fly to Germany’s capital and get the job done—just as the Berlin Wall begins to rise. The paragon of popcorn pictures always raises his game for these adult thrillers, but this time Mr. Spielberg has a secret weapon: co-screenwriting credit goes to none other than Joel and Ethan Coen. Opens October 16.

Just when you thought the six-film Rocky franchise was on the ropes, that scrappy series bobs and weaves its way back into the fight. Sylvester Stallone’s Rocky Balboa returns, this time as a 21st-century Burgess Meredith in the supporting role of a grizzled, streetwise trainer. The contender? None other than the late Apollo Creed’s own son, Adonis. Michael B. Jordan plays the pugilist scion, reuniting with his Fruitvale writer-director Ryan Coogler (who pulls similar duties on this film). The shrewd high-concept premise might just pique enough interest to win a few rounds at the box office. Opens November 25. 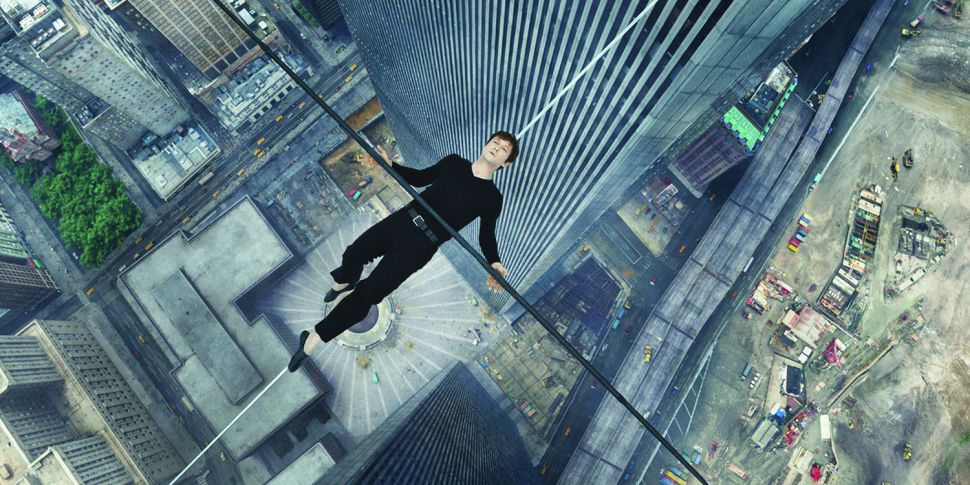