Megan Balch and Jaime Barker seemed a tad stunned on the deck of Chelsea Piers’s Studio 59. Next to them, a row of models displayed their Summer 2016 collection for Flagpole Swim—an Americana-inspired line-up of bikinis, one-pieces, beachy cover-ups and more. The presentation—appropriately located next to the —marked Flagpole Swim’s first showing at New York Fashion Week.

It would not be surprising if the designer duo is still mentally catching up with their brand’s exploding popularity. Since launching in 2014, Flagpole Swim has been taking the fashion world by storm—or tidal wave, rather. This past summer, in particular, they seemed to be the swimwear line on everyone’s lips—not to mention the go-to beach attire for supermodel Karlie Kloss.

As for the brand’s Summer 2016 look, Ms. Balch and Ms. Barker had not always planned on going the red, white and blue route. They actually had another line half-way prepared, when it dawned on them that the launch of their next collection would coincide with the Fourth of July and the Summer Olympics in Rio de Janeiro.

“Doing this super Americana red-white-and-blue-inspired collection has always been a dream, and we were like, ‘It’s now or never,’ so we pushed our line back and we started over with this,” Ms. Balch recalled.

“If we don’t do it for these summer Olympics, we’ve got another four years until everything’s going to align perfectly again,” she continued. “In so many ways, I think it’s just serendipitous.”

When it comes to designing their coveted swimsuits, Ms. Balch and Ms. Barker start with the colors.

“We have these beautiful palettes—we spend a lot of time really just putting together colors that’ll work really well together,” Ms. Balch explained. “Jaime and I both design in color blocks—that’s kind of why our suits are kind of all color blocked.” As for the prints, the designers to a friend who’s “insanely amazing at prints, which is just not really our strong suit,” she said.

The pair is proud to point out their goods are all made in the U.S.—New York City’s fashion district, to be specific. That being the case, we had to ask Ms. Balch about her favorite American beach.

“I always have to shout out for Flagpole Beach in West Palm, because it’s the beach that we grew up on,” she said. “We both danced growing up, and we would dance on the beach. Making bathing suits that looked amazing that you can move in and surf in and all of that was really the inspiration behind all of this.” 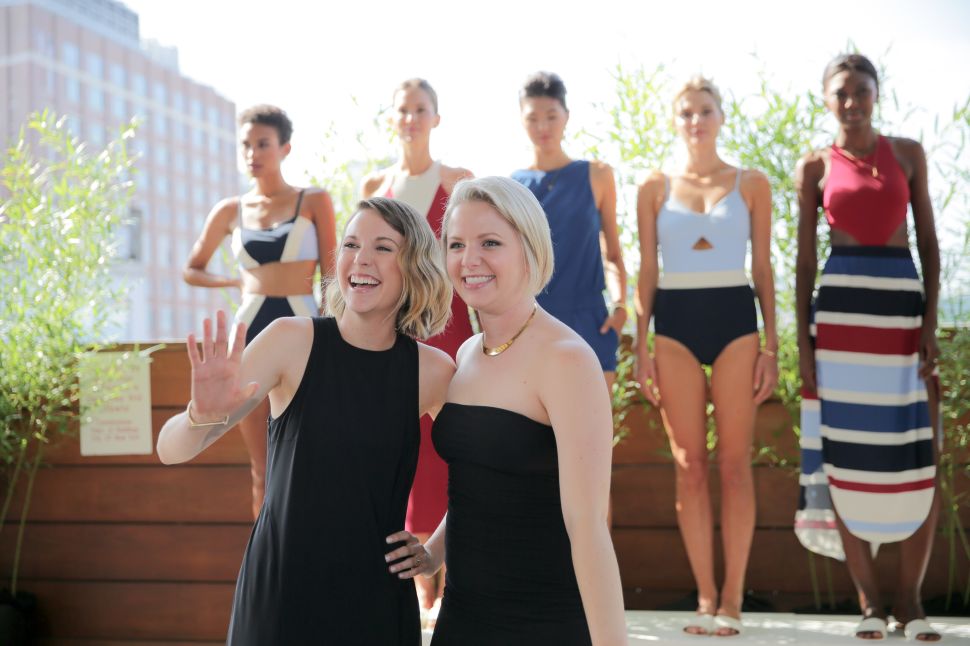