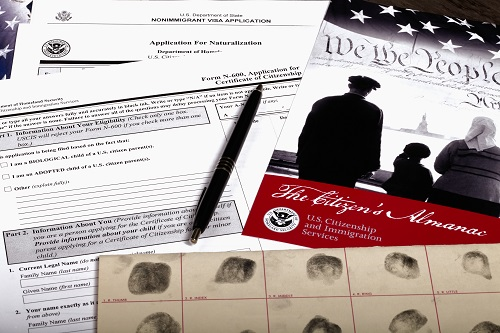 Fear and anger have always driven the immigration debate in America.

The American attitude toward immigration has not changed much since the Naturalization Act of 1790 or the Franco-phobia that gave rise to the Alien and Sedition Act of 1798.  The U.S. Supreme Court continues to hear cases about immigration laws and the Presidential candidates for 2016 debate the latest round of immigration reform using language that is sometimes shocking.

Whether rooted in the fear of not having enough or fear of someone who appears different than ourselves, fear has always dominated the conversation about immigration in America.  Fear often finds expression as hatred and eventually as anger.

The country’s policy on immigration was very open in the early days of the United States. After all, we had an entire country to settle. The U.S. Constitution (Article I, section 8, clause 4) expressly authorizes Congress to establish a uniform rule of naturalization. Under theNaturalization Act of 1790, “free white persons” of “good moral character” who had resided in the country for two years and had kept their current state of residence for a year could apply for citizenship. Over time, the length of residency requirement was gradually increased to 14 years. In 1870, the law was amended to allow African Americans to immigrate to the United States.

In 1875, the U.S. Supreme Court ruled that immigration fell under the purview of the federal government. The first national immigration laws included the Chinese Exclusion Act of 1882 and Alien Contract Labor Laws of 1885 and 1887, which banned certain workers from immigrating. A separate statute established a tax of fifty cents per immigrant and prohibited the entry of “idiots, lunatics, convicts, and persons likely to become a public charge.” The list of prohibited immigrants was later expanded to include those with certain infectious diseases. To enforce the immigration laws, in 1891 the federal government established the Office of Superintendent of Immigration, which is the predecessor to the current U.S. Citizenship and Immigration Services (USCIS). Inspectors from the agency were stationed at all major ports, such as New York’s Ellis Island.

The early 20th century brought the largest number of immigrants to the United States, with more than 24 million immigrants entering the country from 1900 to 1920. While the pace slowed during World War I, it picked back up shortly after the war ended. In response to the mass immigration, Congress established a new immigration policy – known as the national origins quota system — that restricted immigrants from each country to specified quotas, which were derived from historical U.S. census data. For the first time, immigrants needed to have valid visas to enter the United States. The government also established the U.S. Border Patrol to combat the resulting rise in illegal entry.

U.S. immigration policy remained relatively unchanged for decades. In 1965, the United States significantly altered its immigration policy. The goal of the new scheme was to reunite family members and attract skilled workers to the United States. The new policy also reflected a shift in the source of those seeking to come to America; the majority of those seeking visas came from Asia and Central and South America rather than from Europe.

In 1986, Congress passed the Immigration Reform and Control Act (IRCA), which created a new amnesty program and attempted to crack down on illegal entry by prohibiting the hiring and harboring of illegal aliens. The enforcement provisions were not linked to proper funding and, therefore, did little to stem the tide of illegal immigration.

In 1990, Congress enacted additional immigration reform, which increased the total visas available by 40 percent, largely through the approval of expanded employment-related immigration. The 1990 Immigration Act also authorized a wide-scale immigration study. The U.S. Commission on Immigration Reform, which was premised on the notion that “credibility of immigration policy can be measured by a simple yardstick: people who should get in, do get in; people who should not get in, are kept out; and people who are judged deportable are required to leave,” made numerous recommendations, although very few ultimately came to fruition.

The terrorist attacks of September 11 shifted the focus of immigration reform. Given that the majority of the terrorists initially entered the country using valid visas, the focus of American immigration law enforcement shifted to border security and removing illegal aliens with criminal records from the country. The Department of Homeland Security was created, which now oversees three separate agencies tasked with regulating immigration: Customs and Border Patrol (CBP), Immigration and Customs Enforcement (ICE), and U.S. Citizenship and Immigration Services (USCIS). How well these agencies are performing their jobs and what should be done to reform our country’s immigration policy once again are currently the subject of intense debate, suggesting that there is likely no easy answer. 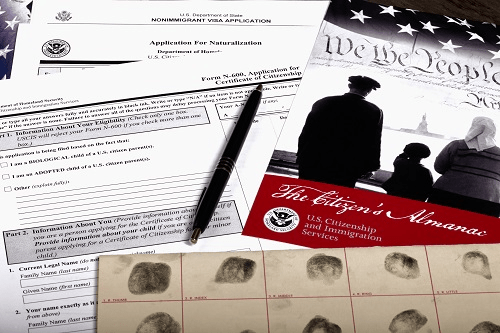