When Travis Manawa complains about keeping morale up to Lieutenant Moyers, who heads the sequestered conclave built  nine days after the outbreak on Fear the Walking Dead, Moyers responds: “Isn’t that your job, Mr. Mayor?”

Just kidding, of course. That would jump approximately twenty zombie sharks, only four episodes into Fear the Walking Dead‘s six-episode debut season. But can you blame me, for hoping that Travis is something more than what we’ve already been presented? Because as he stands this episode, Travis is not only unrealistic. He’s not only one-dimensional. He’s basically a cardboard cutout that exists solely to tell people, despite every single thing pointing to the contrary, that this will all blow over soon.

Have you ever heard the Buddy Holly song from which this episode gets it’s name, Not Fade Away, with its opening line of ‘I’ma tell you how it’s gonna’ be?’ If Travis was in charge of telling you how it’s going to be, he’d put his fingers in his ears and scream in your face ‘IT’S GOING TO ALL BE O.K., LET’S GO FOR A JOG’ as the population of LA is viciously wiped out behind him.

Travis isn’t the only offender, but he’s by far the worst. Like I mentioned, we’re now nine days removed from the zombie outbreak, and twelve gated “safe zones” have been erected and lorded over by the military. Outside the gates, we are told, everyone is dead. Well, “dead” in Walking Dead terms.  “You guys are the lucky ones,” Lieutenant Moyers tells the assembled townsfolk. “Be nice, so I don’t have to shoot you.”

Lieutenant Moyers, played by Jamie McShane, is a fiery, welcome edition to Fear The Walking Dead, but also an annoyance. Welcome, because McShane plays him with such an aggressive charm that he offers a much-needed bit of levity to the grim frowny-face this has been so far. But on the other, McShane plays Moyers in a way that so obviously telegraphs the less-than-pure motives of the military that it is that much more baffling everyone is being so calm.

Reminder: Nothing, NOTHING, is O.K right now in the world of Fear The Walking Dead.

Even Travis’ son Christopher knows this. Randomly sitting on a roof with a camera like all Californian teens do, Christopher happens to catch what looks like someone communicating via light flash Morse code. Which is strange, yes, but not completely outside the realm of possibility. Don’t tell this to Travis, though. “No way, son. The military says there’s no one out there,” Travis says, as the military menacingly locks the gates and violently rounds up anyone they think is infected without prejudice. “We should trust the word of these military guys.”

But Madison believes Christopher, and Madison goes out beyond the gates. The perplexing characters and slow-quicksand plot aside, no one has mastered the hopeless zombie apocalypse aesthetic in recent years more than the Walking Dead team, Fear included. Wide shots of Madison walking down an empty Los Angeles street, accompanied only by the stray body here or there, were chilling. The sight of the tank coming over the hill, silhouetted by the almost brown-ish California mid-day sunlight, was a far more terrifyingly overwhelming picture than any slow-shuffling zombie. In these moments, Madison understands nothing, NOTHING, is O.K..

Fear the Walking Dead has managed to create a gorgeously unique-looking zombie scenario, one where civilization isn’t a thing of the past, it’s a thing of less than two weeks ago. This show has a chance to answer the question most zombie movies never touch — how the fuck did unthinking corpses that move 2 MPH and require one headshot to kill overtake all of humanity? It’s unsettling to look at, and filled with promise, but so far has failed to fill this scenario with any character to root for, or even sympathize with. In what world would you be aware of a contagious, fast-spreading and fatal disease, but advise your obviously-sick neighbor to tell the military doctors you’re absolutely fine?

Travis does that, by the way. I get it, he’s being the good guy, but maybe the time for that is over.

Luckily, at episodes end the stakes become far more personal and therefore for more immediately urgent for our main characters. Nick, who splits his time here lounging in the pool or stealing pills from sick neighbors, is forcefully abducted by the military (Nick’s face in general had a rough episode, meeting the rough end of a rifle and a much-deserved slap from Madison after she finds him poaching drugs). Worse still, Travis’ ex-wife Lisa hops aboard the caravan heading to the hospital with Nick in tow making it clear, at least to Madison, that Lisa sold out Nick to the military.

Elsewhere, Alicia is self-tattooing herself and writing a suicide note. We often talk here about why no one on Walking Dead just gives up in the face of seemingly unending hopelessness. In some twisted logic, Alicia entertaining the idea of ending her life before the world truly ends makes her perhaps the most sensible person on this show.

Travis ends this episode where it began, on the same roof his son glimpsed an SOS in a house miles outside the gates. After a moment, Travis sees lights too, but these aren’t just flashes. They’re the rapid-fire lights of a machine gun, the military dealing with this threat not through salvation but blunt force.

If me, Buddy Holly, or the world itself can’t do it, hopefully these gunshots show the character of Travis Manawa how it’s gonna’ be. Your girlfriend hates you because her junkie son was taken by the military thanks to your ex-wife, your actual son hates you because you don’t listen to a word he says, and somewhere your step-daughter is suicidal. Oh yeah, and the world is ending.

Two episodes left, and we there isn’t any more time for annoying, plot-stopping, senseless denial. Nothing, NOTHING, is O.K. right now. 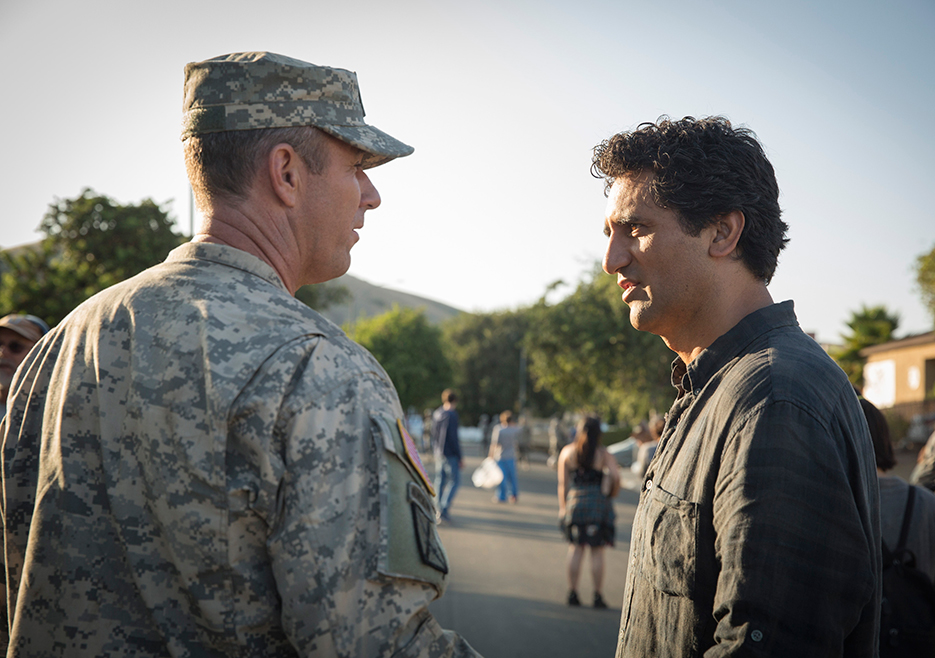