Helicopters whirred overhead at Pier 26, where Givenchy had overhauled the normally drab space with entirely recycled materials. Givenchy Creative Director Riccardo Tisci enlisted longtime friend, performance artist Marina Ambravoic, as the show’s artistic director. “Constructing the set from recycled materials and debris meant that it could be constructed and deconstructed without any waste,” the notes read. The show began just over an hour late, as expected, though it did start early enough to leave an always tardy Rihanna shut out at the entrance in her loaned look from the brand. Despite many attempts to hold the show, it would go on sans RiRi.

Luckily, there were dozens more celebrities to fill her place, namely Givenchy super-fans Kanye West and Kim Kardashian. Though Kardashian’s step-mother Caitlyn Jenner was rumored to be closing the show, the crowd had to settle for Ms. Kardashian’s younger half-sister, Kendall Jenner, who was the third model to glide down the impossibly long catwalk. The looks that sauntered by gave a taste of all aspects of the brand-the new women’s collection, a handful of men’s looks, and the crowd favorite archive couture gowns. The black ball gown modeled by Joan Smalls was the proverbial show stopper. As she stomped by in her sharp heels, a poetic swirl of dust was kicked up from the salvaged runway crates.

Other front row faces alongside the West-Kardashian clan included Nicki Minaj, who brandished a handheld mirror, Julia Roberts, Debbie Harry, Courtney Love, and Steven Tyler with his daughter Liv. “I loved the shoes,” Mr. Tyler said. “I was up in the showroom, and I just thought, ‘Where did all of this come from?’ With all of the designs it was like sitting at the Thanksgiving table. One dish after another. It was wonderful, it was delicious. I’ll be wearing most of it.”

A handful of fellow designers came to support Mr. Tisci too. Vera Wang, Rachel Zoe, and Jeremy Scott all took time from their hectic weeks to attend the show of the season. “It was classic Givenchy,” Jeremy Scott said as we exited into a sea of photographers. “There was the drama. Lace face, lace dress, all of that kind of opulence that we know and love from Riccardo.” Nearby Uma Thurman ducked into her car, but not before letting us know, “It was gorgeous.” 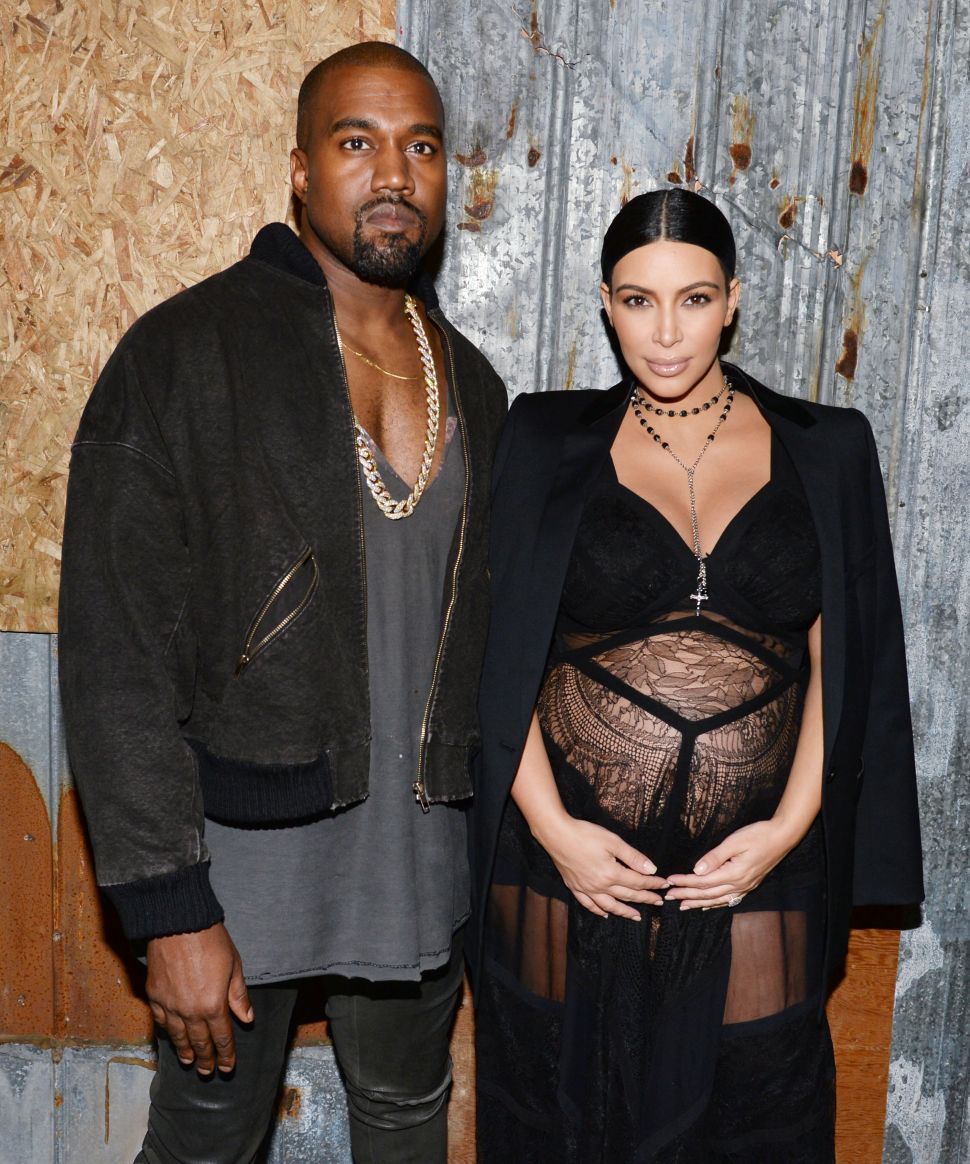