First “snapchat art show” features images that will disappear, but is this just a lame stunt? The jury is still out. This is It/Now, wherein  photographers will take over the account for one week each, premieres September 13 on the app. The “images are small, thoughtful works intended to make you pause. But not for too long,” Hyperallergic says.

“Sarcasm is our kitsch,” and Banksy’s Dismaland is that sarcasm in its least diluted form, New York Times critic says.

Cleveland Museum of Art has many Monet lilly pieces on loan, uniting the works for the first time in decades.

Dan Flavin piece to be installed in a Puerto Rican cave, but his estate is not happy about it. 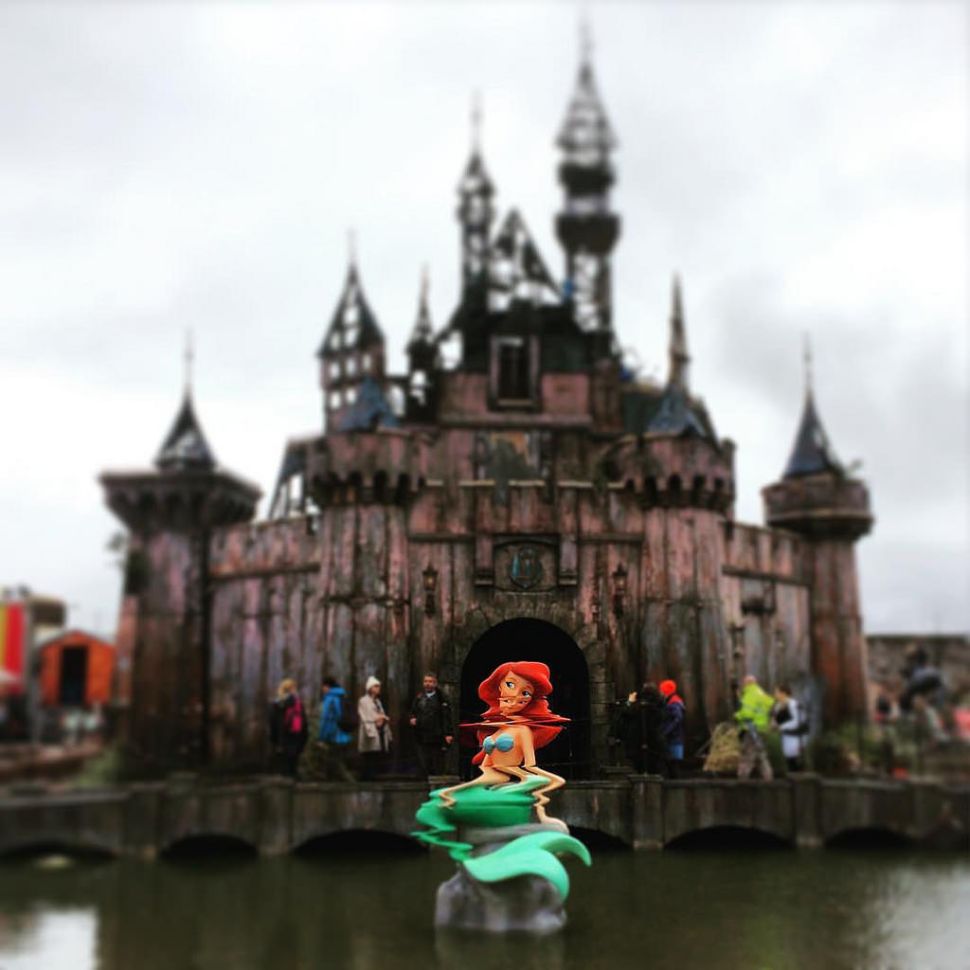