Besides Mayfair-filtered shots of eggs benedict and Brooklyn sunsets, another type of photo tends to crowd millennials’ Instagram feeds: fitness selfies. While pictures of friends mid-half marathon or practicing yoga on some gorgeous Hamptons beach are seemingly innocuous and fun—inspiring, even—it turns out, they’re actually stressing us all out.

These are the findings, at least, of a study commissioned by Technogym, a health and wellness company known for its high-end exercise equipment. The study, titled “The Wellness Deficit: Millennials and Health in America,” looked at U.S. millennials—defined as anyone between the ages of 14 and 34—and explored their attitudes toward wellness—or, as the researchers put it, “the active process of becoming aware of and making choices toward a healthy and fulfilling life.”

Their findings? As the study’s title suggests, many 14- to -34-year-olds are not feeling as physically and mentally healthy as they would like. Many attributed their so-called “wellness deficit” to concerns about the way they look, while others cited stresses over money and health. Only 52 percent of millennials—and only 46 percent of female millennials—rated their overall wellness as “good” or “excellent.” Additionally, 69 percent said they were self-conscious about their body image, while 62 percent were worried about being or someday becoming obese.

Gym selfies are not improving millennials’ sense of wellness. Sixty-two percent of millennials “believe the trend of posting fitness selfies on social media puts unrealistic pressure on young people.” For those already worried about the way they look, these selfies are “further compounding their self-consciousness around body image,” the researchers wrote.

It is no secret that our friends’ social media photos can make us feel worse about our own achievements. A 2012 study commissioned by Anxiety UK found that regular social media users tended to negatively compare themselves to others, and in turn experienced unpleasant behavioral changes. One might feel less excited about completing a 5K race, for instance, if their Facebook friends were simultaneously posting photos from a marathon finish line.

One possible solution is for millennials to distance themselves from anxiety-inducing apps. With all that time not spent fretting over somebody’s CrossFit selfie, one might actually find the time to grab a green juice and hit up the hot yoga studio. 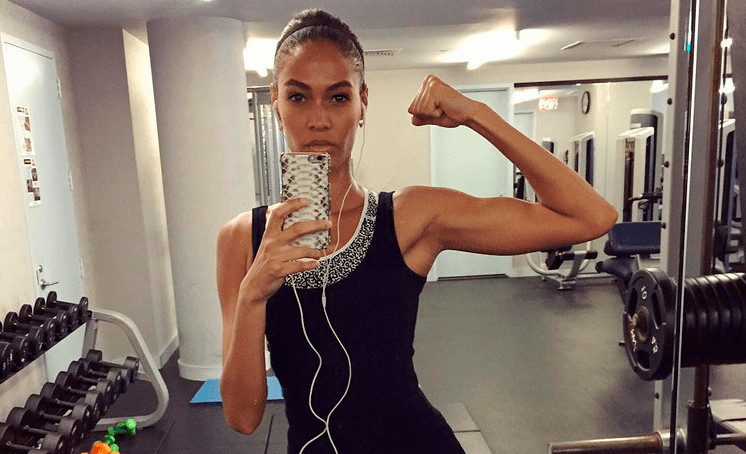