Florals for fall? Now that‘s groundbreaking. At the Opening Event in honor of the 72nd Venice Film Festival, jury members Diane Kruger, Paz Vega and Elizabeth Banks all had the same idea: wear an LBD with a heavy dose of flowers.

Ms. Kruger’s frock is from Preen by Thornton Bregazzi’s Resort 2016 collection, featuring a nautical-inspired neckline, alongside a burst of colorful blossoms. The model-turned-actress kept things grounded with flat, black leather boots, which probably comes in handy when embarking and disembarking from various taxis around Venice.

Meanwhile, Ms. Banks went full-on Italian with a number by Dolce & Gabbana. Her black and white floral dress was accented with red and gold blossom appliqués. Her subtle red lip helps tie the whole look together.

But her finishing touch was a pair of strappy stilettos that had even more flowers on them, for good measure.

Another jury member who received the floral memo was Paz Vega. The Spanish actress’ ensemble was decidedly more ladylike, with a mid-calf hemline and a trio of oversized buttons down the front. Other celebrity spottings around town have included glimpses of Jake Gyllenhaal, Alessandra Ambrosio, Josh Brolin and Emily Watson. However, this trio has been most partial to donning blossoms thus far. But let’s see what the rest of the festival has in store… 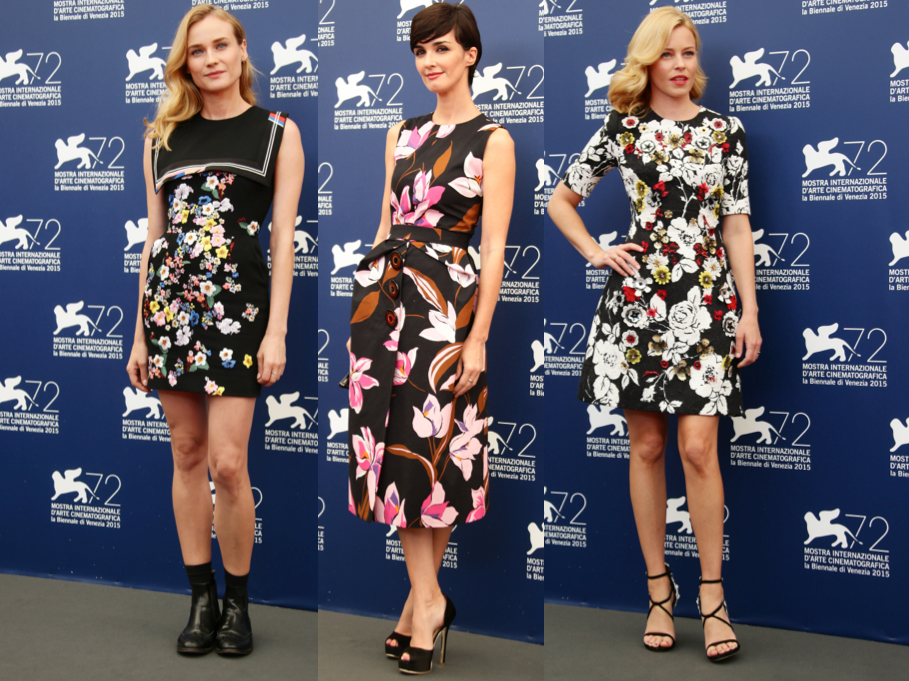