Hillary Clinton is still the favorite to win the Democratic nomination for President in 2016, but her path to the nomination seems to become more difficult every day. Even if she wins the nomination, it may not be the easy walk that many, including me, predicted six months or more ago. Additionally, even if Bernie Sanders doesn’t win a single primary, it is already clear that he has tapped into a sentiment among Democratic voters that is real and to which Ms. Clinton does not speak.

This development has not been lost on the Clinton campaign. The New York Times just reported that Ms. Clinton was yet again rebooting her campaign to try to seem more real, more spontaneous or electable or more something. Reboots are such standard fare in Ms. Clinton’s presidential campaign that a brief meme emerged on Twitter mocking Ms. Clinton’s plan to be more spontaneous and the Times’ decision to cover it so earnestly.

Most of the explanations for Ms. Clinton’s struggles have centered around the candidate herself. Some have argued that she is simply not a very good campaigner. This may be true, but that has not stopped other poor campaigners—Mitt Romney, George H. W. Bush, Al Gore and Bob Dole—from winning their party’s nomination, and in the case of Mr. Bush, the presidency as well.

Others have pointed to the scandals that have continued to dog Ms. Clinton throughout her political life, this time it has been Benghazi and the email issue, These scandals are good right-wing talking points, and could hurt her in the general election, but they are not the kinds of things that move Democratic primary voters.

Even Ms. Clinton’s supporters have their explanations for why her campaign is stumbling. These tend to revolve around the media treating her unfairly or gender bias because she is a woman. The media has not been very nice to Ms. Clinton; and she has rarely been a media favorite like, for example, John McCain was in his 2000 campaign or Barack Obama was in 2008, but Ms. Clinton is not experiencing treatment by the media that is significantly nastier that that confronted by many presidential candidates. Ms. Clinton’s gender may be the source of some of the media and other animus she has confronted, but it is also the source of her most enduring base of support.

The most likely reason for Ms. Clinton’s struggles may be the most obvious one. She is too conservative for a Democratic primary electorate that has moved leftward over the last decades. This problem is exacerbated because in Clintonland, a universe of which Hllaryland is only a subset, the 1992 primary and election remains the seminal event-the Ur campaign. In that primary, Bill Clinton won by being a conservative Democrat at a time when Democrat officials had finally recognized that nominating good northern liberals was a losing strategy. Even as President, Mr. Clinton was essentially a centrist. During his Presidency, Mr. Clinton’s most impressive progressive credential was not any legislation he passed, but simply the extreme rancor he drew from the right, something that Ms. Clinton in one of her most memorable turns of phrase referred to as a “vast right wing conspiracy.”

If the Democratic primary electorate were the same today as it was in 1992, Ms. Clinton would easily drub Mr. Sanders despite any scandals or awkwardness as a candidate. Back then, white southerners, more socially conservative labor union members and others who propelled Bill Clinton to the nomination were more important blocks of Democratic primary voters. Today, white liberals and non-whites represent ever larger segments of the Democratic primary electorate. It would be understandable, somewhat, if Ms. Clinton were running for the first time and had been unable to adjust to the new reality of Democratic primaries, but she ran eight years ago and, although starting out as the frontrunner, was defeated from the left. Allowing that to happen again would be a mistake largely of her own making.

After losing the primary in 2008, Ms. Clinton’s career might have been over, but she was given another chance when she became President Obama’s first Secretary of State. During that time, and the almost three years since leaving that office, she did little to solidify her left flank. Instead, she cast her lot with the more hawkish elements in the Obama administration, after leaving her position at the State Department second-guessed and criticized the President who remains extremely popular among progressives, did little to quell the seemingly endless mutterings from her supporters that she would have been a better President than Mr. Obama and equivocated enough on marriage equality that she was clearly not a leader on the issue. None of these tactics were going to enamor Ms. Clinton to the ascendant activist wing of the Democratic Party.

Nevertheless, Ms. Clinton is still likely, in what ultimately will probably be a triumph of money and organization over buzz and ideology, to be the Democratic nominee. She has also been fortunate because, unlike Mr. Obama, this cycle’s challenger, Senator Sanders, has been unable to break through with African-American voters, a constituency that has been quick to abandon Ms. Clinton in the past. Nonetheless, Ms. Clinton has made this primary much harder for herself than it needed to be. 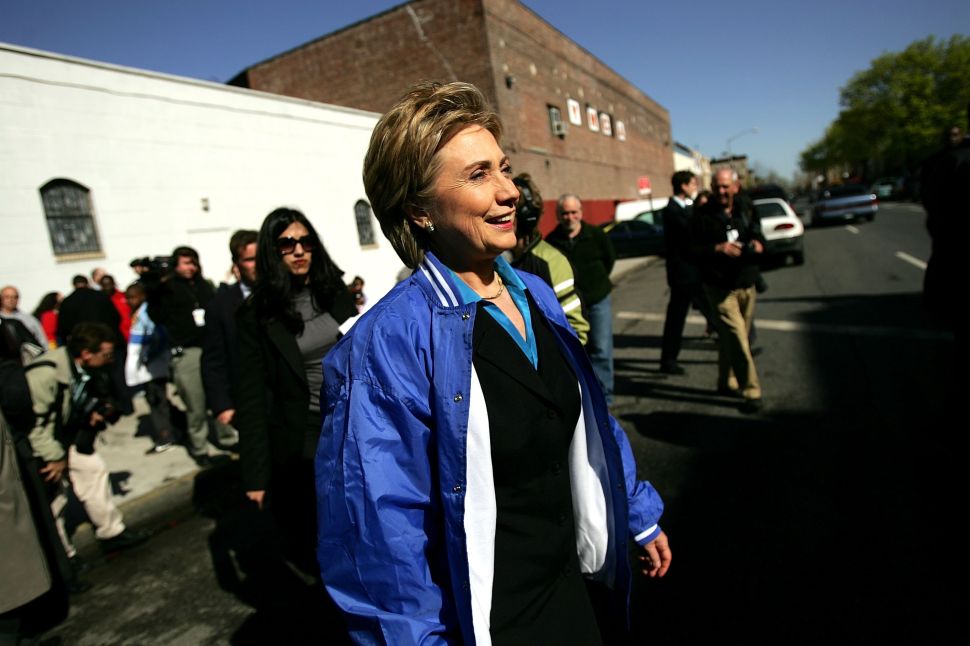