French director François Ozon often specializes in films about desire, lust, forbidden social taboos and sexual confusion, but with The New Girlfriend he pulls out all the stops and plunges full steam ahead into gender-bender bliss. Based on a short story by British mystery writer Ruth Rendell, it was a surprise hit at last year’s Toronto International Film Festival, preceding this year’s unveiling of The Danish Girl with a shock effect that seems mild by comparison. What a difference a year makes. But at the time, even the French were blushing.

Laura and Claire are two girls obsessed with each other since childhood, even mingling their blood and repeating the words “together forever.” In college, they went through the motions of dating, but after marriage and motherhood they remained inseparable. When Laura dies suddenly, Claire fulfills her promise to always look after her goddaughter Lucie and comfort Laura’s husband, David. Then, quite by accident, Claire (rising French newcomer Anaïs Demoustier) discovers David has a secret: he’s a cross-dresser who is happiest in blonde wigs, crimson nail polish and matching lipstick, wearing his late wife’s favorite lingerie and perfume, and calls himself Virginia.

In a career-changing star performance, Romain Duris (Mood Indigo) is sensational as David, willing to be all things to all people. His in-laws regard him as the perfect man to raise their grandchild, the baby welcomes the return of a missing maternal presence, and once Claire gets used to the idea, she tells no one including her husband Gilles but pitches in to be a true friend and confidante. The more comfortable David gets, the more feminine he becomes in his posture, gestures and expressions. He loves women but loves their clothes even more, and the closer he and Claire become, the stronger their attachment edges toward love. Before long, she regards Virginia as an old friend, replacing the departed Laura in her affection, and even imagines David and her husband Gilles in a naked embrace in the shower after a sweaty game of tennis.

An unconventional relationship is achieved with the subtle mixture of comedy and sensuality in which writer-director Mr. Ozon specializes. Their first shopping excursion, with David stunning in peach colored silk, is hilarious. (Mr. Duris has great legs.) The happier he is as Virginia, the more risks he begins to take, sometimes forgetting to shave off his five o’clock shadow. Through a combination of compassion and curiosity, Claire gets used to Virginia, even waxing David’s lower back and other places he cannot reach. Eventually the handsome, supportive Gilles (Raphaël Personnaz) gets involved, with a disastrous effect on his marriage, while Virginia takes the dead Laura’s place in Claire’s memory, providing her with a new girlfriend and a very different kind of future.

Lushly photographed, in the romantic style of Hollywood directors such as Douglas Sirk and Jean Negulesco, with a mercurial, captivating chemistry between the stars, The New Girlfriend is a funny, delicate, subtly flavored dish deliciously prepared by François Ozon—idiosyncratic and unforgettable. 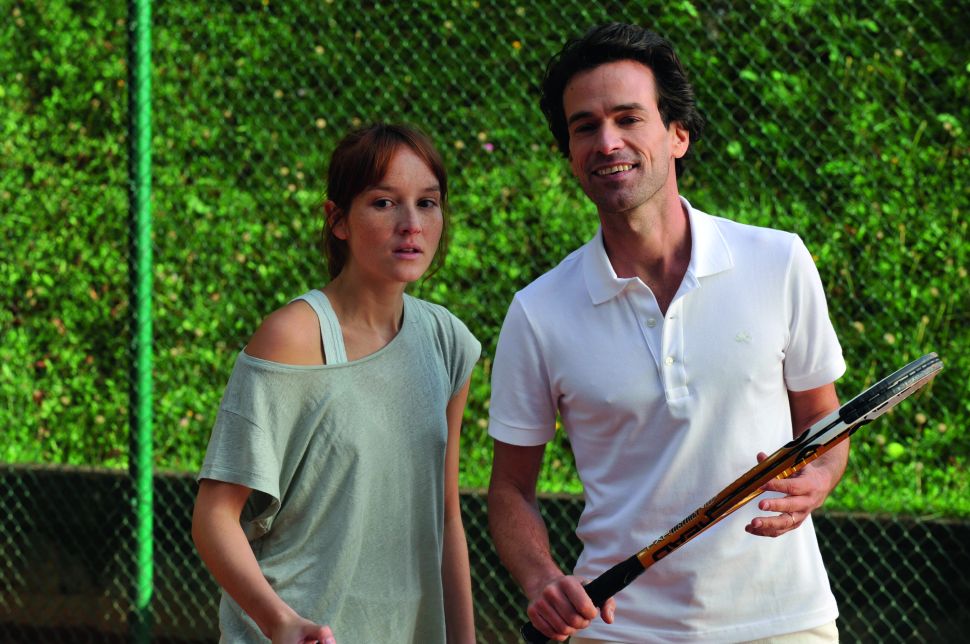