Another electrifying performance by the consummate and always surprising Julianne Moore illuminates Freeheld, a fact-based drama that plays out with the perfect naturalism that is her forte. This time she’s a lesbian cop who takes on an entire New Jersey county to demand equal rights, justice and fair play. It’s a poignant, relevant and beautifully made film that must not be missed by anyone with a heart and a social conscience.

This is the celebrated case of Laurel Hester (Ms. Moore), a dedicated police officer in Seaside Heights, N.J., who always kept her personal life private until the day she met a feisty young garage mechanic named Stacie Andree (Ellen Page) at a volleyball game and everything turned upside down. Nervous, insecure and in the closet because of her job, Laurel risked her reputation and her ambition to rise in the ranks of the Ocean County police department, and with her smart, funny and honest new partner at her side, decided to come out of the closet and live her life with new-found pride.

The two women bought and remodeled a house together and were building a happy life together, based on love and self-respect—in spite of the occasional sneer of disapproval and the alienation of Laurel’s squad-car partner, Dane Wells (well played by Michael Shannon), who felt betrayed because she never confided in him as a trusted friend. But things went smoothly, old wounds healed and time was her friend until Laurel was dealt an unexpected crushing blow. She was diagnosed with stage four terminal cancer.

While she endured the side effects of radiation, she was also worried about assigning her policeman’s pension to Stacie. The county commissioners (called freeholders in the state of New Jersey) were prejudiced and reluctant to extend benefits to same-sex domestic partners. After performing a public service for 23 years, Laurel earned her right to a safe retirement. Her request was unbiased and simple: she wanted her pension benefits assigned to her partner so she could hold onto their home. To their shame, the freeholders turned out to be viciously homophobic, giving her lip service but refusing to reverse their decision, and even Laurel’s fellow cops failed to come to her defense.

Except for Dane, who started out resentful and ended up Laurel’s staunchest ally. By the time the cancer spread to her brain and lymph nodes, her health darkened and so did her chance for justice, until an aggressive civil rights activist (Steve Carell, in a delightful career move) pushed his way into the fray and appealed to the press, turning Laurel’s dilemma into front page news and an outrageous miscarriage of justice into a national cause.

It’s pretty grim to see Julianne Moore with a shaved head and all of her color airbrushed out of her face, but she gives this movie her all and Ellen Page equals her every move. Both actors give performances so inspired they border on alchemy. The case changed the law in New Jersey, extending domestic partner benefits to all public employees, whether they’re married or not, and paved the way for same-sex marriage licenses. It’s a story that needs to be told, and there’s no more appropriate time to tell it than now. It’s the story that inspired Ellen Page to come out of the closet after years of pain and misery in February 2014, so it has enough special resonance for her to serve as one of the film’s producers.

The sensitively written screenplay by Ron Nyswaner (Philadelphia) is based on a 2007 Oscar-winning documentary (also titled Freeheld) about the final months of Laurel Hester’s life, and the film has been strongly, wisely directed by Peter Sollett (Raising Victor Vargas). This is a responsible movie of great emotional power filled, with scenes of heartbreaking intimacy about how social change can be activated by empathy, courage and love. 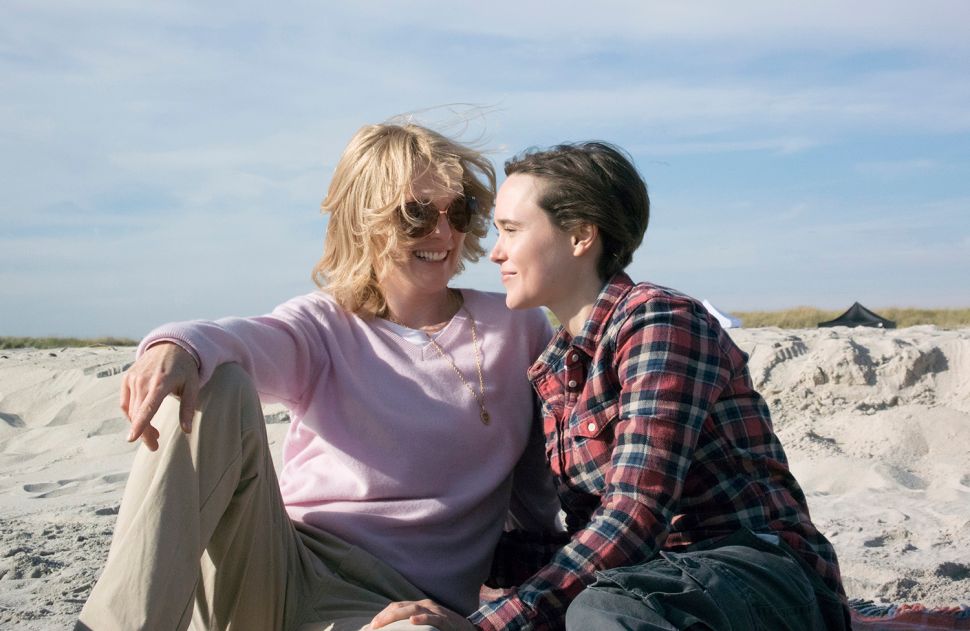