Mere mortals of New York, would you like to attend Givenchy’s Fall fashion show? No this is not a heartless taunt, but a real possibility, as Riccardo Tisci has decided to allow 1,200 members of the public to view his Spring/Summer 2016 collection at 6:30 pm on September 11.

Fashion’s biggest players and an impressive front row of celebrities (which will probably include at least two of the Kardashian/Jenner clan) will be joined by 280 students and staffers from local fashion schools, including FIT, Parsons, Pratt Institute and the High School for Fashion Industries, WWD reported. There will also be 100 tickets allotted to residents of the neighborhood where the yet-undisclosed venue will sit.

Finally, the rest of New York can fight over the 820 tickets that will be up for grabs on NYCGo.com, starting on September 2, at 10 a.m. Tickets will be distributed on a first come basis, so prepare accordingly.

Back in June, the Observer reported that Mr. Tisci would be deviating from his usual Fashion Week habits in Paris and would be moving his show to the Big Apple. The timing of this show will coincide with the opening of a new flagship on Madison Avenue.

However, this isn’t the first time that Givenchy has opened up their show to the public; their latest men’s fashion show was strategically placed in a garden with open sides, allowing bystanders to gather and soak up the scene.

In an interview with Damien Paul, the head of menswear at MATCHESFASHION, he noted to the Observer how much extra attention the public garnered for that show: “Members of the public could see key model faces, the whole show from where they were. When we turned around in our seats, all we saw was a sea of people’s cameras. Givenchy created the possibility of an extra 1,000 or so people all putting their images out there.” Needless to say, this is one show that will certainly be splashed across social media accounts of all sorts.

In other New York Fashion Week news, the Olsen twins are ditching the states to show in Paris this season. While they have not disclosed a venue, a date, or a time yet, they have confirmed their change to WWD. 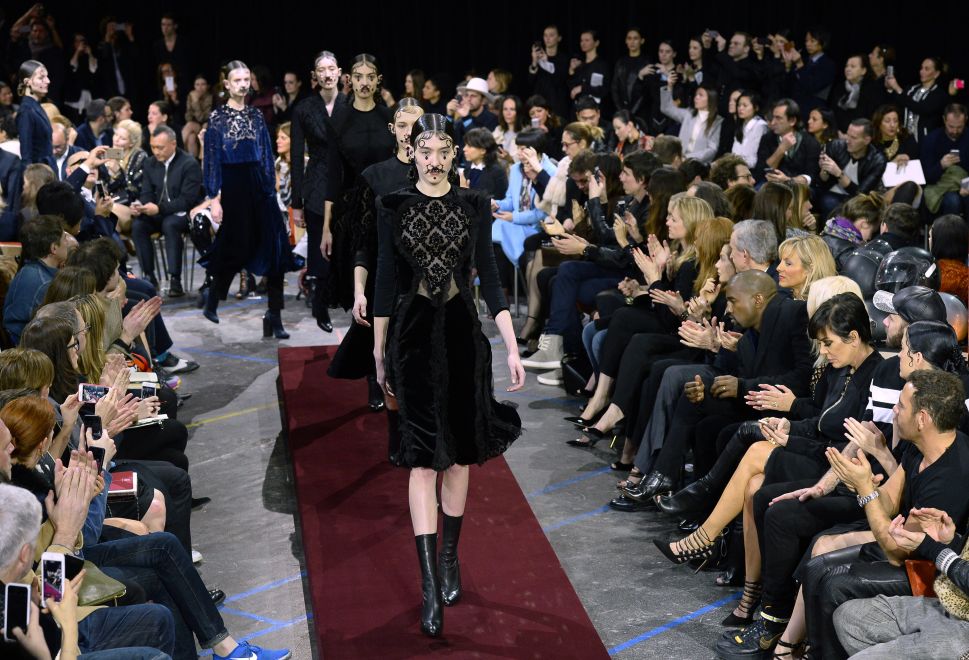