Actor Nicolas Cage is a known connoisseur of the finer things in life: mint-condition comic books, desirable real estate, and of course, bespoke cars. One of the rarest vehicles he’s owned, a 1954 Bugatti 101 is heading to auction in France September 5 in Bonhams’ upcoming Chantilly Sale, giving car enthusiasts and the actor’s biggest fans alike a chance to own a piece of automobile history.

After World War II and several deaths in the Bugatti family, its legendary Molsheim factory faced hard times. In 1951, it began planning a re-launch of updated, pre-war model road cars, but production stalled and only seven Type 101 cars were made.

Mr. Cage’s car, the 101504, is a two-seater, fixed-head coupé with body work done by Spanish chassis designer Jean Antem in 1954. It was originally painted green with a beige interior, now black and red.

According to Bonhams, Mr. Cage bought the car around the time he starred in the film Gone in 60 Seconds, in which, for the unfamiliar, he played former car thief Randall “Memphis” Raines who is forced back into a life of crime in order to save his brother’s life.

Mr. Cage, however, did not steal this Bugatti; he bought it from British classic car dealer Nick Harley before selling it not much later, in 2003.

“As life imitates art, Cage, like his character, also has a passion for rare and beautiful motor cars, the Bugatti 101 the perfect example,” reads the a press release for the sale.

The car is being sold by its current owner, a Belgium-based collector, and is estimated to sell for between €1.5-1.8 million ($1.7 to $2 million). It comes with a copy of Mr. Cage’s original title papers.

His near-perfect issue of Action Comics No.1, featuring the first appearance of Superman, sold for $2.1 million 2011, setting the world record for most expensive comic ever sold at auction, until another version of the same comic broke the record in 2014.

And in 2007, the actor outbid Leonardo DiCaprio for a 67-million-year-opd Tyrannosaurus bataar skull (at the time it was the largest dinosaur skull to be sold at auction) which he nabbed for $270,000.

Below, a clip of Mr. Cage prepping his crew ready to ride in Gone in 60 Seconds: 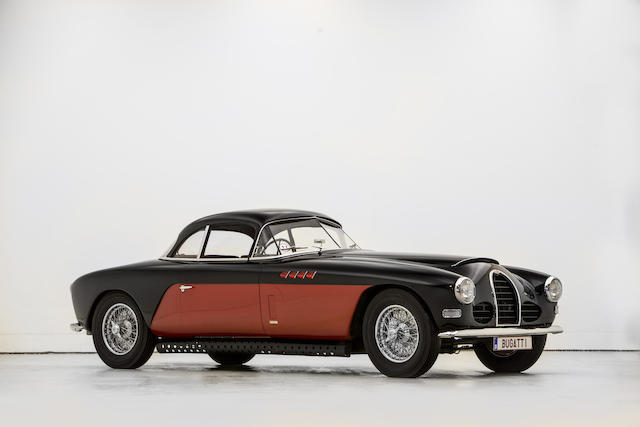