While most children can only dream of taking an impromptu trip to Mars or a walking across the Great Wall of China, for one lucky class of Bronx Latin students, this fantasy just become a reality—albeit a virtual one. On Monday, Google announced their new Expeditions Pioneer Program, a free field trip simulator that uses virtual reality software and low-cost cardboard headsets to transport children from the classroom and into the pages of their textbooks. Google’s latest education initiative promises “to take students places a school bus can’t,” and unless their teacher is Ms. Frizzle, this will be a once-in-a-lifetime opportunity for them to experience the sights and environments they learn about firsthand, whether that takes them to the top of an Aztec ruin or along the bottom of the ocean.

The program made an early stop in the Bronx this week, though Google Expeditions makes its global debut today, visiting schools across the United States, Australia, Brazil, New Zealand and the U.K. The Expeditions Pioneer Program is completely free, and intrigued parents, principals and professors need only sign up for the Expeditions team to stop by. If selected, classrooms will then receive their field trip “kits,” which include a tablet, router, ASUS Smart Phones and cardboard viewers to turn the phones into handheld virtual reality headsets. Teachers will also get a brief overview of how Expeditions works, and have the chance to pick out their desired destination.

Resources are limited (and demand is understandably high), so preference will be given to schools that demonstrate the most interest. At least six teachers must sign up for the school to be considered, and one “committed point person” will be recruited as an organizer for the day of the trip.

Google is currently offering over 100 virtual sites to participating classes,  but the company has no intentions of stopping there. Expeditions is teaming up with PBS, Houghton Mifflin Harcourt, the Wildlife Conservation Society and both David Attenborough and his production company Alchemy VR in an effort to add variety and depth to their current array of locales. Meanwhile, career-minded kids can benefit from Expedition’s additional partnerships with the Starfish Foundation and Michelle Obama’s Reach Higher program. Ambitious students can experience life as a professional in the veterinary or computer science fields, and even take a virtual college tour.

The program will be making as many stops as it can during the 2015-2016 school year, and comes as a part of Google’s effort to develop virtual reality technology. The company’s push for virtual reality is in line with larger Silicon Valley trends, with Facebook, Netflix and Microsoft all making headlines in a race to be at the cutting edge of this new medium.

Given how desperately overcrowded New York City public schools have become (and with no signs of improving), a virtual escape across the globe could be a welcome consequence from the latest VR tech war, even if it feels a world away. 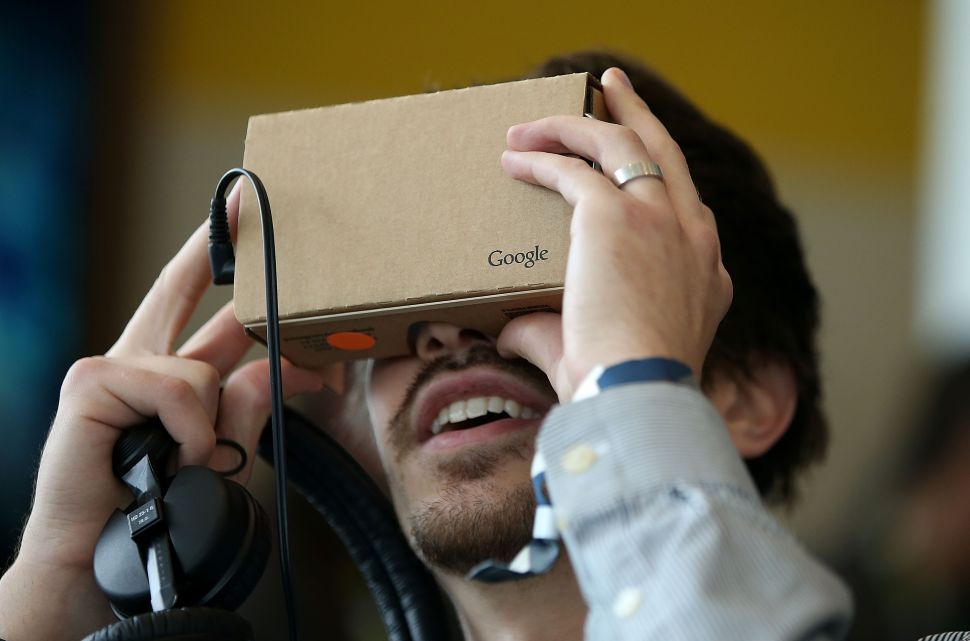