The way Americans practice yoga has changed dramatically over the past few decades. Once a foreign-sounding activity practiced by an enlightened few, yoga has experienced a veritable explosion in recent years, its popularity now on par with running, cycling and other Western workout staples.

Yoga Journal—this month celebrating its 40th anniversary—has been along for the ride. For editor in chief Carin Gorrell, adapting to yoga’s sudden spike in popularity has been a top priority. We chatted with Ms. Gorrell about all things Yoga Journal, from the advent of breakdance-inspired yoga classes to how the magazine is appealing to the hordes of “new yogis.”

How are you celebrating Yoga Journal’s 40th anniversary? What we did in honor of the anniversary was to do our first ever Good Karma Awards—an opportunity to recognize and thank 40 different yogis who have been instrumental in bringing yoga to America and making it what it is today.

Yoga’s popularity has exploded in recent years—how are you adapting to that? One of the things I was focused on when I came onboard was reflecting all of that change—making ourselves feel more accessible to the new yogi. Obviously the old yogi, too, but the audience really has changed a lot. We wanted to look and feel a little more modern and young and clean, and really just more accessible. We made our voice a little more friendly, and made sure we had content that was for beginners, intermediates and advanced. No matter where you are in your practice, there’s something here for you.

Yoga Journal has covered some wacky new twists on yoga, like aerial yoga. Where do you draw the line? It really is a case-by-case basis. You have to give everything a good look, and make sure what they’re teaching is true to the history of yoga. And a lot of it comes down to safety. Are you teaching good alignment, and making sure students aren’t doing anything that might potentially injure them?

I can’t even tell you how many different styles there are—there’s a new one every day. We have something coming out on breakdancing and yoga. For the most part, I think it’s all really great. If you’re getting more people to try and experience yoga, it’s a great thing.

Do you have a lot of male readers? Most [readers] are women. Probably a quarter are men, but we’ve seen growth. I think what’s helping—this is probably just one thing—is that nowadays, so many professional athletes are doing yoga. Professional teams have yoga teachers as part of their training. A couple of years ago when Seattle won the Superbowl, the coach came out and said that they had a yoga teacher, and that really helped them. When [yoga] starts to become normalized for [men], they see it’s a really good workout, and it’s good for preventing and healing injuries, so maybe they should give it a shot.

What is your stance on yoga being taught over social media? There have been some interesting conversations around teaching yoga on social media. In some ways it’s a really great thing, introducing yoga to people who might not have been open to it before. But then on the other side, yoga can be a very complicated thing. Alignment is very important, and it’s hard to teach in such a short-form forum. Can you truly teach something in 140 characters?

What are some other hot-button issues in the yoga community? There’s a lot about yoga and body image—making it something that feels like it’s for everyone. No matter what your body shape or size or fitness level is, that yoga should be accessible to you.

How does Yoga Journal address the body image issue? It’s been something that’s very much an initiative of mine to included different body types, and more diversity in general. It’s important. I want you to come to Yoga Journal and see yourself there, and feel like this is where you belong.

What features are you excited about in Yoga Journal‘s near future? We’re introducing a new meditation column. There’s a lot of growing interest in meditation—people want to learn how to do it, but it can be intimidating. How do I quiet my mind?

We’re also really amping up our online educational offerings. We just launched that this spring, and it’s been really successful so far. The last thing I would say is we’re planning to do a lot more for teachers. We launched a business of yoga class this year. It’s been hugely successful, and I want to do more of that.

Do you think there’s a yoga bubble, and are you worried it’s going to burst? I’m sure there’s got to be, but I’m not too worried about it. The practice has been around for 5,000 years—it’s not going anywhere. I’m sure the rate of growth will slow down eventually, but we’re not seeing that yet. 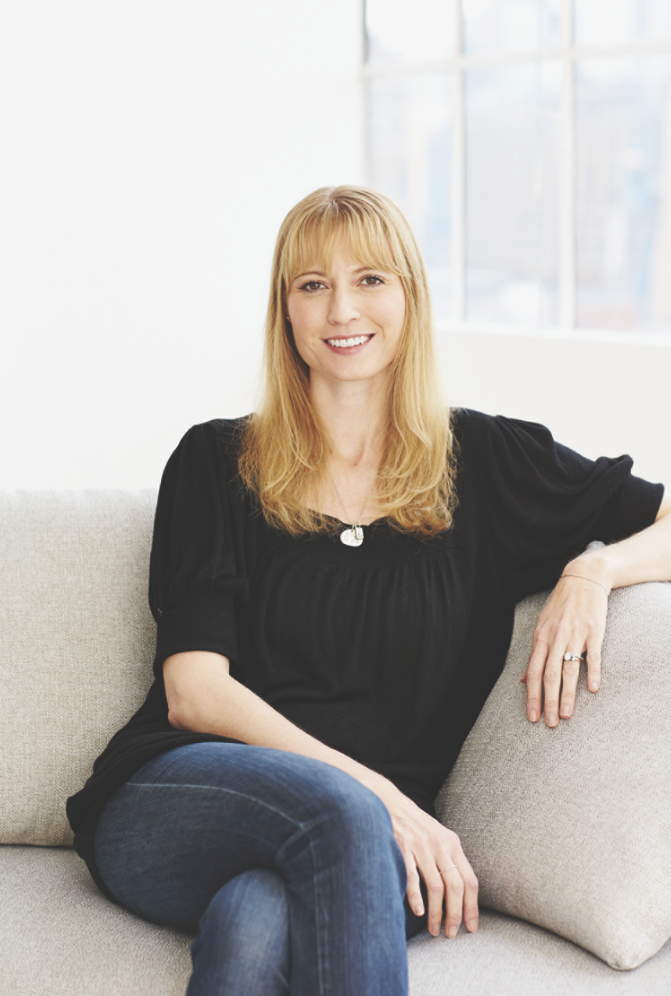