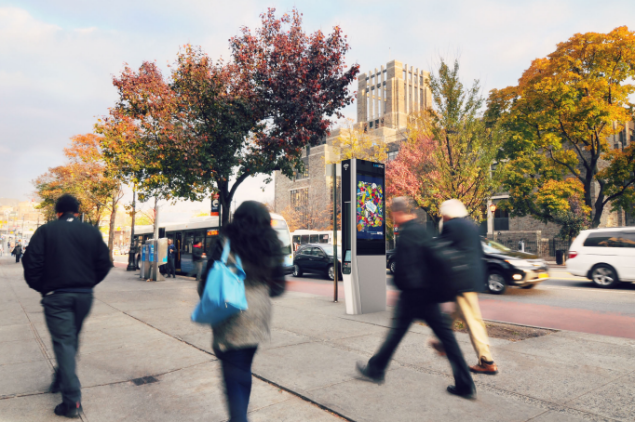 A rendering of a LinkNYC kiosk in the Bronx. (Image: LinkNYC)

LinkNYC is going to offer Gigabit Wi-Fi to New Yorkers, sort of. The Wi-Fi hotspots will replace the real estate currently held by pay phones at more than 10,000 spots around the city, as the Observer previously reported.

The 10 foot tall kiosks will be only 11 inches thick and carry 55” digital screens on each side, according to staff from Intersection who presented at today’s NYC Media Lab Summit at NYU’s Skirball Center. According to the LinkNYC website, the first kiosks should become operational by the end of the year.

“This free public Wi-Fi network is an important step in Mayor de Blasio’s pledge to bridge the digital divide,” Jen Hensley, a spokesperson for Intersection, said during her presentation.

Here are some key points about LinkNYC: 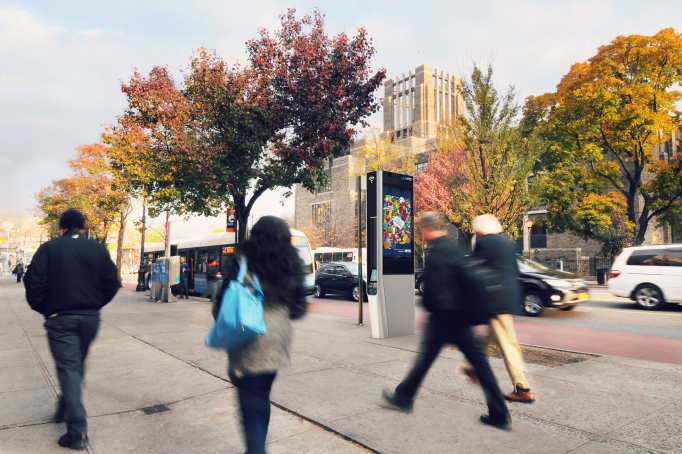