President Obama’s recent trip to Alaska highlighted the contradictions of federal policymaking on climate change. On the one hand, Mr. Obama trumpeted the importance of urgent action on climate, citing omnipresent evidence in Alaska of melting sea ice, coastal erosion, and collapsing permafrost. Yet while the President makes climate action central to his legacy, in May the Obama administration approved Arctic oil drilling off Alaska’s coast. But there is a certain logic at play: Mr. Obama is acknowledging local economic and political realities while tackling climate change. And he’s right to be a pragmatist.

Now that climate change is finally (though haltingly) reentering the political conversation, finding paths to bipartisan action is critical. To do so, Mr. Obama will need to embrace these Alaskan contradictions nationwide, particularly as they apply to other mega fossil fuel projects rife with symbolism.

The Keystone XL (KXL) pipeline is the most well-known and potent example. On February 24, President Obama vetoed a bill to approve construction of the Keystone XL pipeline (KXL), designed to transport 830,000 barrels of oil per day from the tar sands of Alberta to Gulf Coast refineries. The veto outraged Republicans and delighted environmentalists—but these responses are premature. Mr. Obama has not determined the fate of the pipeline because he can still approve it down the road. KXL will soon reemerge as a highly partisan issue. And yet, despite the imagery, the president can score a win for the climate by approving KXL—under the right conditions.

Both conservatives and progressives have made KXL a cause célèbre on dubious grounds. Most conservative claims of potential job growth and energy independence due to the pipeline do not hold up to scrutiny. Meanwhile, liberals seldom mention that KXL, while clearly not good for the battle against climate change, pales in comparison to the 16,400 miles of petroleum pipelines built in the U.S. between 2008 and 2013, or to the $3.4 billion spent on 16 pipelines under construction in fiscal year 2013-2014. Largely unrecognized in the acrimonious debate over KXL is the potential to cut a good deal for climate change. In possessing something Republicans desperately want—approval of the pipeline—and that he can deliver with the stroke of a pen, President Obama is sitting on political gold. He should negotiate with Congressional Republicans and governors of states along KXL’s path to extract maximum concessions on emissions-reducing policies. The President’s own logic –stated clearly in June 2013 – demands it: make the pipeline’s net climate impact negative.

KXL’s expected carbon emissions are large, but not when compared to the potential impact of major climate policies. According to the State Department’s final impact assessment, the lifetime incremental impact of the oil to be shipped through the pipeline is roughly 1.3 billion tons of carbon dioxide (roughly 20 percent of current annual U.S. emissions). Some argue the real carbon footprint is all lifetime emissions: roughly 7.5 billion tons of carbon dioxide. The most likely number is somewhere in between.

Whatever your number for KXL’s climate impact, Mr. Obama should get even more in return.

In exchange for approving the KXL, Mr. Obama could extract commitments from states to support the Clean Power Plan (CPP), the EPA’s marquee climate program to reduce carbon emissions from the electricity sector. CPP will be implemented at the state level, and is expected to save an estimated 870 million metric tons of CO2 per year by 2030, potentially more than 10 billion tons in total. Officially states have had no obligation to take a position on CPP, yet Nebraska, Oklahoma, Kansas and South Dakota, all states along KXL’s path, have already joined eleven others in filing a joint legal brief challenging the CPP, potentially derailing or delaying the plan. With KXL as a bargaining chip, the President can increase his chances of getting these states to withdraw their opposition.

Mr. Obama shouldn’t stop at CPP: he should think big, and work with Congress to institute a carbon tax, the most economically efficient and potentially far-reaching solution. Senators Sheldon Whitehouse (D-RI) and Brian Schatz (D-HI) have announced a proposed bill with support of the conservative American Enterprise Institute that could reduce over 2 billion tons of carbon per year by 2025. Other more modest options include raising the gas tax (untouched for two decades), eliminating fossil fuel subsidies, and reducing methane emissions from oil and gas wells. These are just a few ideas; there are enough options that the President should have several billion tons’ worth of lifetime reductions to propose to Congressional Republicans.

Mr. Obama’s trump card, however, may be fleeting: even if he stalls or rejects KXL, there’s no telling what will happen with it after he leaves the White House in 2017, or what fossil fuel megaproject will emerge to replace it. By setting the terms of deal, the President can make clear to state and Congressional Republicans that the choice to have the pipeline is theirs–if they are willing to more than counterbalance its emissions. The president shouldn’t let this opportunity to burnish his climate legacy go to waste.

Andrew Eil worked on climate change foreign assistance programs at the U.S. State Department from 2010 to 2014 and is now an independent consultant in New York. 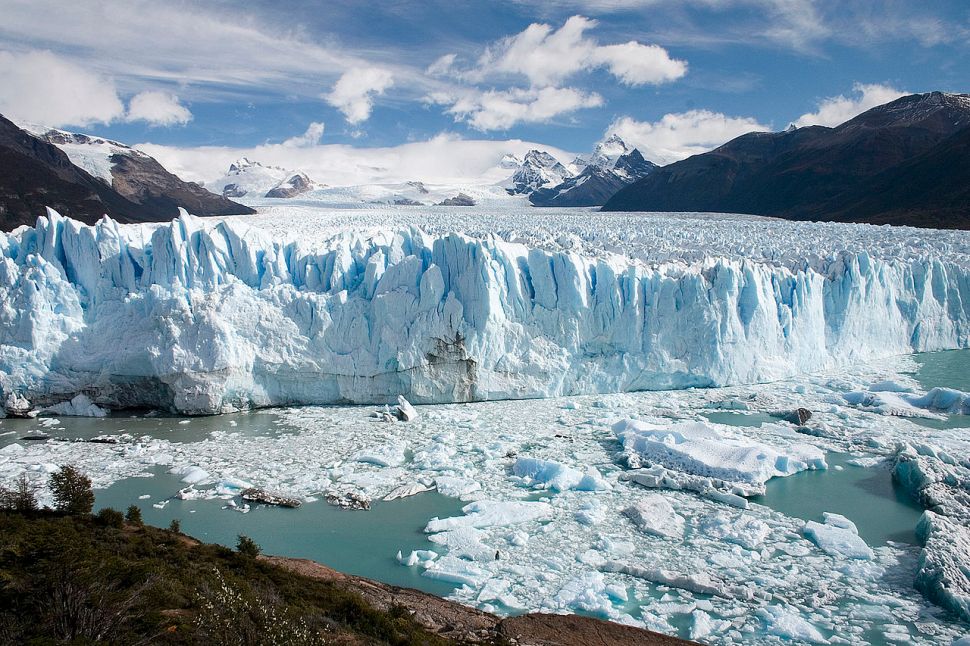