Coding is one of the most practical skills to have these days, and even if you’re not going to use it for professional purposes, having basic knowledge of coding is useful for navigating the 21st century.

Diving into the world of code, however, can be extremely intimidating. At first glance, lines of code appear like a foreign language to the untrained eye. The thing is, though, that’s all it really is—a language. Basic coding is not a practice bogged down with math and science—it’s a language that can be learned quite simply through various methods of practice.

For some tips for beginners, we spoke with Mattan Griffel, co-founder and CEO of Y Combinator-backed One Month, the first-ever online school for accelerated learning on growth hacking, business development and coding. Mr. Griffel has taught an uncountable number of new coders and was recently featured in Forbes’ 30 Under 30 in Education. He shared some advice for how to get over your fear of coding:

If you can learn French or Spanish, then you can learn how to code. Programming languages are just languages that humans use to speak to computers. For example, if you want the computer to say “Winter is Coming” five times, then you could write the following code:

That’s an example of code written in Ruby. You could write the same thing in Python:

They all use the word “print” for getting the computer to say something, but the way they get the computer to do something five times is different in each language. It’s very similar to how some spoken languages have similar words for the same thing, but will often have different rules for how to do things like speak in the present versus past tense.

There’s much less “math” involved in coding than people think. Mostly, it’s just remembering (or remembering how to look up) words for telling computers how to do things.

Ruby and Python are great languages for beginners since they’re newer and the community is more beginner friendly. Java, C++ and JavaScript, however, can be much more difficult for those new to coding.

Programming languages are just languages that humans use to speak to computers.

Many languages are interchangeable, so there’s no need to learn most of them. The simple answer is that you can build almost anything you want with any of the languages.

The more complicated answer is that, depending on what you’re trying to build, you may be forced to learn a specific language. Languages like Ruby, Python, PHP, Java and C++, are effectively interchangeable—many developers pick one of them and stick with it. Meanwhile, in order to build a website, you’ll also have to learn three front-end languages: HTML for building a page, CSS for making it look better and Javascript for making it interactive. It can seem daunting to a beginner, but any decent beginner’s tutorial on how to build a web application will cover all of them.

One exception is that, if you want to built a mobile app for the iPhone, you’ll have to learn Swift.

Work on building an actual project

Rather than learning from websites where you can do little coding puzzles, opt for online courses where you’ll actually put your skills to use. The easiest things for a beginner to build would be a portfolio website, a page that describes who you are and what you do. This kind of site is simple and static enough that it lets a beginner play around with writing basic HTML, CSS and Javascript code without becoming overwhelmed.

Once you’ve advanced past that level, the next best kind of project would be a simple web application. The simplest web applications don’t have many bells and whistles, but you can still accomplish a lot on them. Some examples include Twitter, Pinterest, Instagram, Tumblr and Reddit. Sites like these are actually surprisingly easy to build once you’ve learned a web application framework like Ruby on Rails. In One Month Rails, for example, Mr. Griffel and his team teach students how to build a simple photo-sharing web application like Pinterest in less than a month.

To get into coding, it helps to work with a friend who has experience. You can also find a mentor through a service like HackHands, CodeMentor or AirPair. Knowing you’ll have someone to go to for questions and guidance can make the process much less intimidating.

Find a coding meetup in your area.

Many coding meetups cater to total beginners and can be a great, casual way to connect with other beginner coders in your area. You go to a location (usually a startup’s office after the workday), and about 10 to 20 people show up and just work on something. Most people bring laptops and work on their own problem, and the meetup host (usually an experienced developer) is around to help and answer questions. Meetup.com is a great resource for finding these.

The interview has been edited for length and clarity.

Correction: Swift is not necessary for an iOS mobile app. Objective-C can be used also. 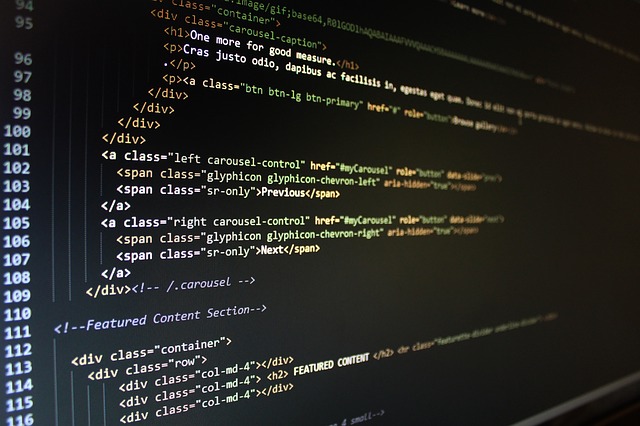