Being a migrant has not changed much in the past 23 years. In fact it’s probably become more difficult today than it was. I should know—I was a migrant.

The day we left my mother and father had a vicious argument, Sarajevo was on the brink of being closed off from the outside world. Serbian militants were gathering in the foothills, surrounding the city and preparing to cut off all transportation, food, and electricity; this was our last chance to leave. My father argued for us not to leave. The war would last only a couple of months before people settled down, he said. He would stay to fight and defend the city until we returned. After lots of screaming my mother packed a suitcase with whatever was important and took four year old me on the last bus out of the city. This was the beginning of our year as migrants.

Today you hear stories about Syrians taking the arduous journey through Europe with little more than the clothes on their backs. Maybe you wonder, how could they have come so unprepared? Like any traumatic episode, you can’t truly comprehend the gravity of the situation as it’s unfolding. You don’t believe this will be the last time you see your home. You don’t dare dream that you’ll probably never be able to go back again. Just a few months, you think, and this will all blow over. That is how you prepare, and that is how you become wholly unprepared.

Five months later with the war still raging and picking up pace, my mother and I found ourselves in Serbia near the border with Hungary, where thousands of Syrians wait today. We received word that my father would be smuggled out of the city and meet us in Budapest with fake Greek passports and plane tickets to Denmark.

At the airport we split up, my father went ahead of us in the immigration processing line, believing that they were less likely to stop a sad-looking mother and son dragging a suitcase and more likely to stop a lone military-aged male. They let my father through and he boarded the plane but stopped my mother and me when they realized our documents were fake. The border guard asked my mom to write her name in Greek and the jig was up, we were detained and taken to be interrogated. I started to wail, my father realized we didn’t get through and left the plane and ran back across the immigration line and said he was with us. My parents were arrested but when they didn’t know what to do with me so they released my mom but kept my dad. We weren’t allowed to leave the hotel they put us in, my dad staged a hunger strike in jail, eventually I imagine they became frustrated and just let us go, returned our documents, and said don’t come back.

This was in 1992, during the dark days before the European Union and the supposed loosening of border restrictions, yet scenes of Hungarian police beating and tear-gassing mobs of refugees are just as common now as they were then. The hatred for refugees is being vocalized at even the highest levels of European government, “Please don’t come,” said Hungarian Prime Minister Viktor Orban to the droves of refugees who are mostly looking to pass through his country and go north. “I think we have a right to decide that we do not want a large number of Muslim people in our country,” he said at EU headquarters in Brussels.

With all the anger raised throughout Europe over Greece’s disregard for the rules and regulations of the monetary union, little anger has been directed at those who disregard the Dublin Regulation, which requires all EU nations to register asylum seekers in the first country they enter. Nations on the edge of the EU have been complaining that they bear an unfair burden of asylum seekers since most Syrians first cross their borders. Hungary and Austria have demanded that thousands of Syrians merely keep marching, they are just a transit country toward Germany. If the EU is meant to fulfill its promise of integration and inclusion, every nation must stand tall and fulfill its obligations in times of war and peace.

Months later, my family was able to make it through Hungary and Austria, and finally made it to Germany, where we snuck onto a train heading toward Denmark. In an odd first-past-the-post rule, you were able to claim refugee status in Denmark once you cross the border, but you couldn’t do it from another nation. Unfortunately for us, we didn’t make it past the post; a guard on the train found us and forced us off at the next station.

Stranded hundreds of miles away from the Danish border, totally out of money and supplies, we simply got in a cab and told the driver to take us to Denmark. To keep up appearances my father drove a hard bargain on the fare even though we had no money to pay him. It didn’t take long for the cab driver to figure out what we were, we were disheveled with tired eyes and only speaking little bits of German in heavy Balkan accents. He said “entspannen,” at ease. Several hours later he dropped us off at the Danish border. The driver wouldn’t accept any money, told us “viel gluck” and parted ways.

Even today, where governments have failed refugees, the incredible spirit of local people has filled the gaps with empathy. When thousands of Syrians arrived in German cities, locals held welcome signs and handed out food, toys and balloons to weary families. It was the grand end to an odyssey for many Syrians but only the beginning of their integration into the society.

After eight months in a Danish refugee camp, my family decided to take advantage of the Bosnian refugee program set up by the United States. As Muslims before 9/11, we weren’t seen as possible terrorists or extremists, just a family looking for a way out. We were essentially dropped in New York with a relative and left to our own devices, our path to a Green Card was clear and gaining citizenship was even easier.

Syrian refugees have to run through a bureaucratic gauntlet in order to enter the U.S. Since the start of the Syrian civil war only 1,300 refugees have taken in by the U.S. The Obama administration announced last week that it would open the gates for a further 10,000 refugees to come in, but all refugees must go through extensive security checks and direct interviews by agents from The Department of Homeland Security, The State Department, and Immigration Services which can be time-consuming for people who have already waited for sanctuary for too long.

Refugees don’t care about politics; politics is what got us here in the first place. As a millennial I hear plenty of my peers cast doubt on the reality of the American dream and fret about inequality in this country. Take it from me: The American dream is here. Maybe it’s not in the form you want it or as perfect as we would like, but as long as immigrants can come to this country and see it as a beacon of hope and a place where you can be reborn, I believe that dream lives on. For the sake of Syrian and other refugees everywhere, we honor America’s deepest values when we live up to the promise “take in your huddled masses yearning to breathe free.”

Arman Dzidzovic is a Brooklyn-based multimedia journalist who has written and shot for New York Observer, VICE and AJ+. Find him on twitter at @iamarman88 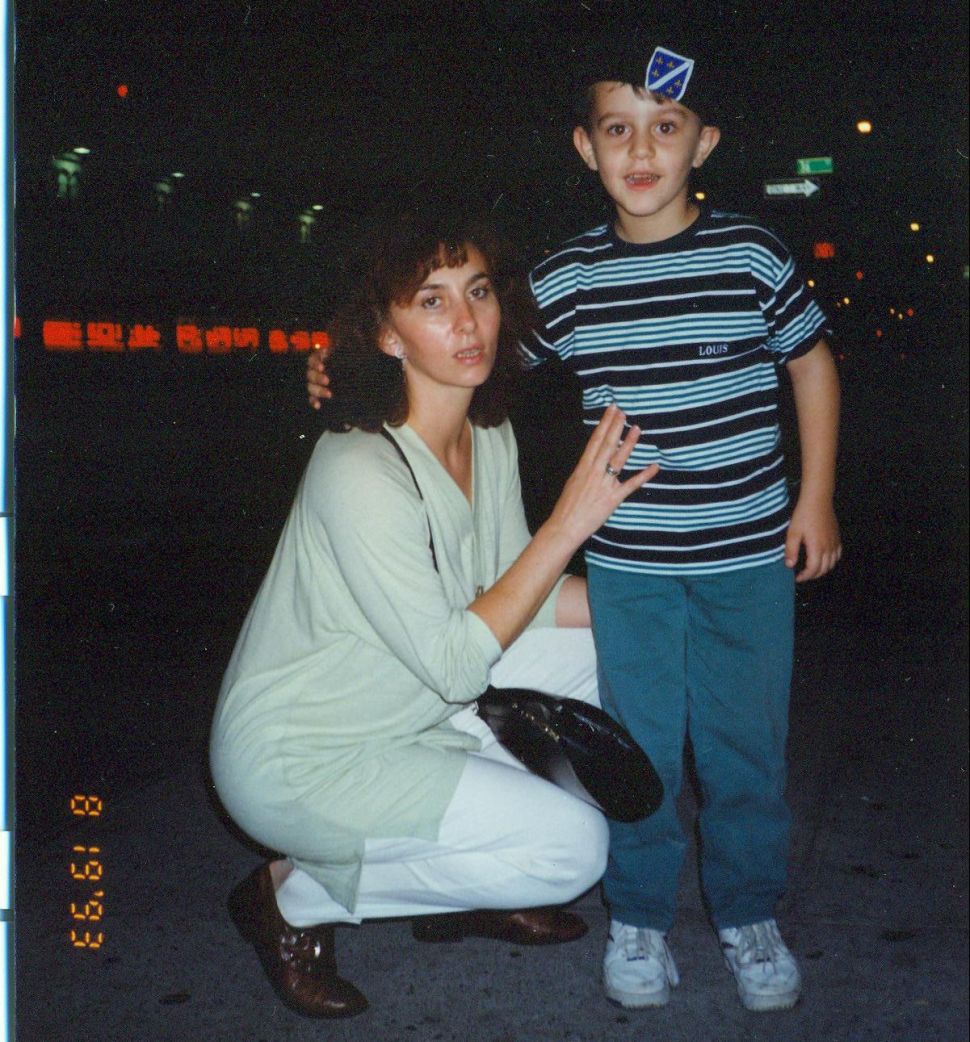