Republicans hoping to recapture the White House in 2016 do have one key historical trend in their favor: Since 1948, a party seeking to win more than two consecutive presidential elections has failed on every occasion but one. Adlai Stevenson, Richard Nixon, Hubert Humphrey, Gerald Ford, Al Gore and John McCain have all fallen victim to the tendency of American voters to give one party or the other enough rope to hang itself, and then set the clock for the incoming party’s turn at the electoral gallows four or eight years hence. Only George H.W. Bush (R) bucked the trend in 1988, handily defeating Michael Dukakis (D) to win a third consecutive term at 1600 Pennsylvania Avenue for Team Red.

However, there is a countervailing trend that is equally compelling and much more encouraging for supporters of the blue team. Pundits have begun referring to the 18 states, plus the District of Columbia, that Democrats have won for six consecutive presidential elections as “The Blue Wall.” These 19 jurisdictions, at present, account for 242 of the 270 electoral votes required to win the presidency. That’s just a hair short of 90 percent, and assuming it holds for a seventh consecutive election, it puts the Democrats just one swing state (Florida) away from victory.

Republicans, meanwhile, realistically start with just 190 electoral votes looking pretty certain: the 13 states they have won in each of the last six elections, coupled with nine more states they have won in the last four elections, plus Indiana. (The Hoosier State, in a historical shocker, delivered its 11 electors to Barack Obama in 2008, but only due to a perfect storm of circumstances, including the unusual occurrence of a highly competitive and meaningful Democratic primary in Indiana that year. In 2012, Indiana reverted to form and voted handily for Mitt Romney, demonstrating that its 2008 result was a fluke and that Hoosierland can be considered safely Republican once again.) Additionally, the GOP in 2008 managed to lose an electoral vote in Nebraska—one of only two states, along with Maine, to split its electors based on district lines—but in a normal year, they can generally count on that Omaha-based district to go Republican as well, as it did in 2012. So let’s say the Republicans, in all likelihood, start at 191 electors. How do they get to 270?

First, they have to win North Carolina, as they did in 2012. The Tar Heel State’s 15 electors get them to 206, which is where Gov. Romney ended up. While North Carolina is not by any means a slam dunk for the GOP, the state is clearly several points more Republican than the nation as a whole and has gone Democratic only once since 1976. In a 50-50 election, North Carolina undoubtedly goes red. (To put it another way, if North Carolina is in doubt on election day, it’s four more years for Team Blue and everything else is irrelevant.) Let’s say the initial odds favor the GOP in North Carolina, at least for now, and move on.

So, those assumptions made, if Republicans are going to recapture the White House, there is a fairly straightforward formula: FL+OH+VA+1. They have to win Florida’s 29 electoral votes, Ohio’s 18, Virginia’s 13, and pick up one more state with at least four electors.

The only likely path for Republicans to put the brakes on Democratic dominance of the presidency in 2016 is to win nationally by at least 2-3 percentage points.

Let’s start with the easier lifts. Florida, Ohio and Virginia, in addition to being mandatory components of a Republican electoral college victory, are also the three likeliest Obama 2012 states for them to pick off. Historically, both Florida and Ohio typically are at least a point or two more Republican than the national popular vote as a whole. This has been true in Ohio in all but two elections since 1924, and true in Florida in all but two elections since 1956. Based on the longstanding historical trends in these two states, it is a pretty good bet that they both would revert to the GOP in a 50-50 election.

Virginia, which had been safely Republican at the presidential level from 1964-2008, flipped blue for President Obama in 2008 and stayed in his column in 2012. In both elections, Virginia’s margins were the closest of any state to the national popular vote margin. In fact, Virginia’s 2012 margin was only 0.02 percent more Democratic than the nation as a whole that year. It is as yet unknown whether Virginia’s dramatic move leftward in 2008 and 2012 was temporary, due to heightened African-American turnout in support of the first black president, or whether that trend is more lasting. Given the success of Democratic statewide candidates in Virginia since 2001, it is probably the latter—but it still appears that if a Republican wins the popular vote nationally, he/she also has a pretty good shot at carrying Virginia.

So if the Republicans can pull even or better nationally, getting to 266 electoral votes looks like a pretty good bet. But that’s where things get tricky.

Assessing the red team’s likeliest targets for that fourth state, we have to look at the next few states where President Obama’s victory margins were the smallest in 2012. Aside from Florida, Ohio and Virginia, there were only four other states which the president won by fewer than six percentage points that year: Colorado, Pennsylvania, New Hampshire and Iowa. In all likelihood, the GOP is going to have to pick off at least one of these states, in addition to pulling off the Florida-Ohio-Virginia (or “FLOHVA”) hat trick, to reclaim the White House next year.

Colorado, which went to President Obama by 5.37 percentage points in 2012, on first glance looks like the likeliest target. It is one of only two states—the other being Florida—that has split 3-3 between Democrats and Republicans in the last six presidential elections, and Republicans have enjoyed some recent successes at the state level as well. However, those recent successes—the election of Cory Gardner to the U.S. Senate in 2014 and the capture of one chamber of the state legislature in 2010 and 2014—have all happened in midterm elections. In the last two presidential election years, Democrats have prevailed in state-level elections there. Right now, the trends in Colorado—driven by the state’s large Hispanic voting population—appear to favor Team Blue, at least in presidential years.

Pennsylvania, which favored President Obama by 5.39 percentage points in 2012, is looking ever more like a “Blue Wall” state. It has gone with the Democrats in six consecutive presidential elections, though it was a two-point squeaker for Sen. John Kerry (D) in 2004, and barely missed going to Mr. Dukakis in 1988, even as he was getting crushed nationally. The upside for Republicans in Pennsylvania: if black voters don’t turn out in 2016 the way they did in 2008 and 2012, the state could be in play. But the heavily populated Keystone State also has the disadvantage, from Team Red’s perspective, of being an expensive state to contest, with high advertising costs in the Philadelphia and Pittsburgh media markets. So while contesting Pennsylvania might look inviting—as enticing as kicking that football looks to Charlie Brown—the Republicans can get more bang for their buck elsewhere.

That leaves us with Iowa and New Hampshire, which, as it turns out, are also the first two nominating contests on the presidential calendar in 2016. They are not “Blue Wall” states, but certainly honorary members: both have gone Democratic in five of the last six presidential elections, and Team Blue’s losses in New Hampshire (2000) and Iowa (2004) were both extremely narrow. In fact, if just one-third of Ralph Nader’s New Hampshire voters had voted for Al Gore instead, the whole recount mess in Florida would have been merely an interesting footnote to the Gore presidency, as the Granite State’s four electors would have gotten Mr. Gore to 270 electoral votes on the nose. As to Iowa’s last departure from Team Blue, in 2004, George W. Bush won the state by less than three-fourths of one percent.

Neither of these final two states are by any means promising targets for the Republicans, but they do have some advantages. They are both low-population states, and despite the fact that much of New Hampshire is served by the Boston media market, neither is as prohibitive to contest as Pennsylvania or even Colorado. If Republicans are able to get some traction in Iowa and New Hampshire during the caucus/primary season, perhaps they can carry their momentum forward into the fall. But at this point, it does look like a stretch, and it would be fair to say that Democrats probably start out with the advantage in all four of these aforementioned states.

In short, the only likely path for Republicans to put the brakes on Democratic dominance of the presidency in 2016 is to win nationally by at least 2-3 percentage points. This may not sound like much, but keep in mind that this is a feat they have managed only once since 1988.

Of course, all the normal caveats apply. Indeed, we are nearly 14 months out from the election, and such a timeframe is an eternity in politics. Additionally, the quality of the eventual nominees could make a large difference, and many unexpected occurrences between now and November 2016 are not just possible but likely. However, if the adventurous gambler wishes to place a wager on the outcome right now, the numbers point toward putting your chips on blue.

Cliston Brown is a communications executive and political analyst in the San Francisco Bay area who previously served as director of communications to a longtime Democratic member of the U.S. House of Representatives in Washington, D.C. Follow him on Twitter: @ClistonBrown 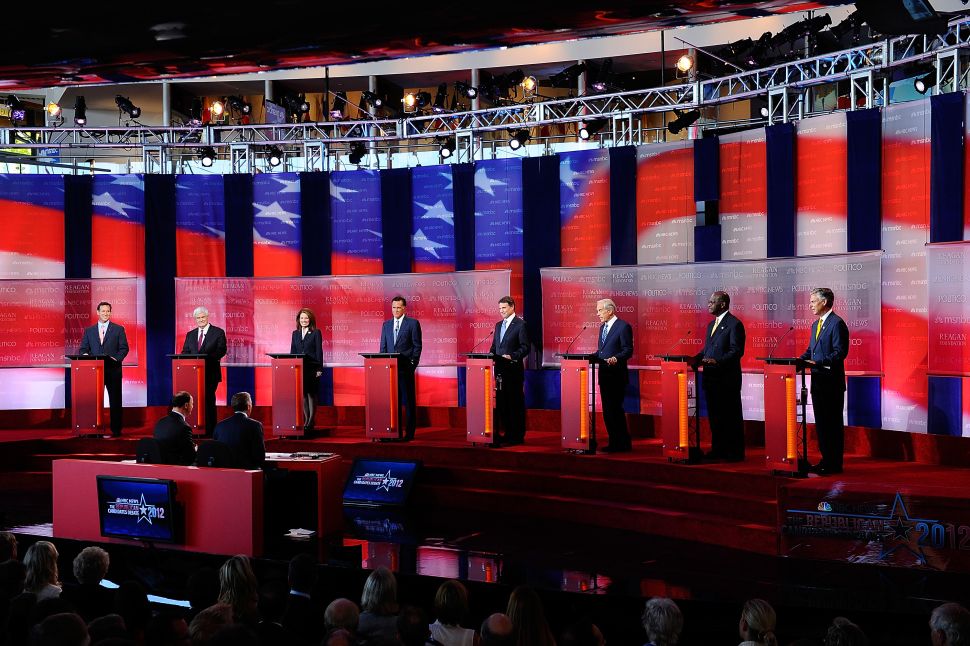