MORGANVILLE – There used to be a time when all Jon Hornik had to worry about was whether someone would say that Lou Greenwald, and not Hornik, should play the lead role in a remake of the Cary Grant classic “Mr. Lucky.”

Then Jersey City Mayor Steven Fulop came along and made somewhat more complex the Marlboro mayor’s own designs on statewide domination, as Fulop feathered his own executive nest and set about forging his mayoral narrative on a grand, urban scale. Those movements certainly caught the attention of Monmouth County Democratic Chairman Vin Gopal, and while over the course of the last year, Hornik has lost none of his public verve, his statewide plotline has sputtered. 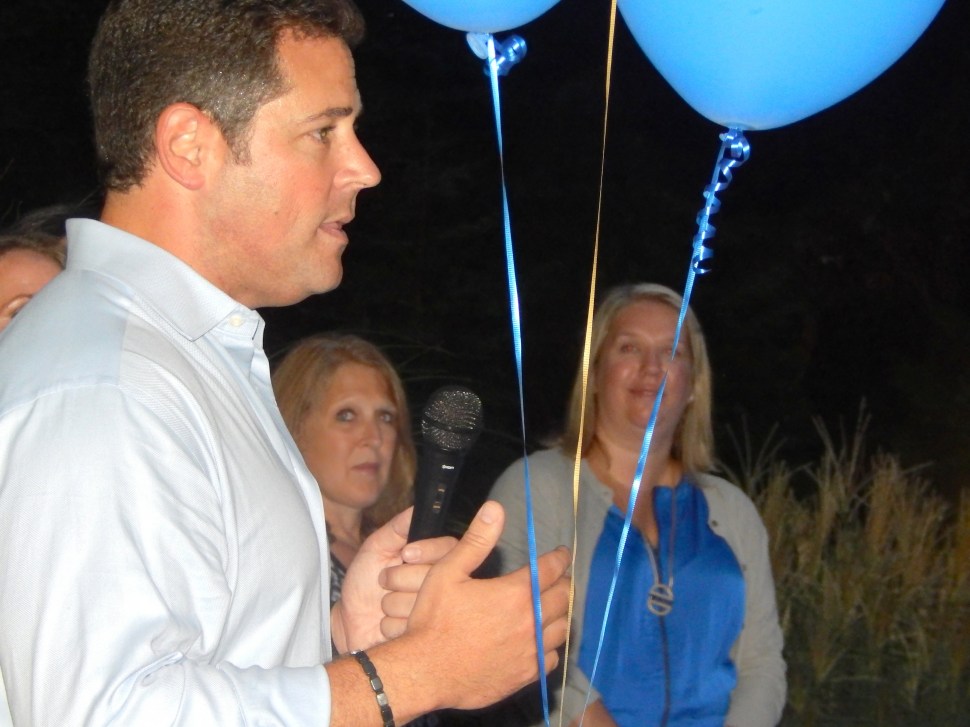 Not that it matters.

He apparently still loves his hometown of Marlboro, where his father, the late Saul Hornik, once served as mayor during a time when the place had more farm silos than McMansions and where, among the cornstalks, it might have been hard to envision this sprawling oasis of affluence.

The Democrat with a habit of charming Republicans onto his side formally kicked off his reelection bid tonight for a third term at the home of his law partner, Larry Rosen, newly tanned after a two-week trip to Italy.

Hornik has a habit of bursting into laughter when considering his opponent, Ira Goldberg.

But he’s not totally underestimating him.

“No one has told our opponents that they’re going to lose,” said Hornik where he stood, microphone in hand, at the end of a pool in the back of Rosen’s yard, shortly after someone killed the Giorgio Moroder soundtrack featuring a nymph-like synthesized voice of someone who sounded a lot like Basia with a heavy dose of Mellotron.

Hornik vowed to outwork his opponent, and to take the next 60 days to pound doors with heightened zest.

U.S. Rep. Frank Pallone (D-6) stood in the crowd gathered around the pool.

“I think he’s done a great job of running an efficient government,” the congressman told PolitickerNJ.

Gopal, too, heaped on the superlatives. “Jon is a very popular mayor who won his last election with 70% of the vote,” said the chairman.

Hornik was too busy talking up Goldberg to lap up the praise of those around him.

“I’m happy that he’s having his event at Bella Vista in town – it’s good for local business,” the mayor said.

But when asked about Goldberg – whose Wednesday evening fundraiser features Assemblyman Jon Bramnick (R-21) – Hornik said he had never heard of him until the Republican surfaced as a candidate.

“He claims to have been here for 38 years,” Hornik said. “Our paths have never crossed in 38 years.”

Amid the hor dourves, someone tugged at PolitickerNJ’s sleeve. “The Republicans can never find anyone to run,” offered the guest, speaking on condition of anonymity.

During his speech before friends, the mayor noted his accomplishments.  Since first taking the oath of office in 2008, he’s generally sounded more like a small government Republican than a government-services-centric Democrat. 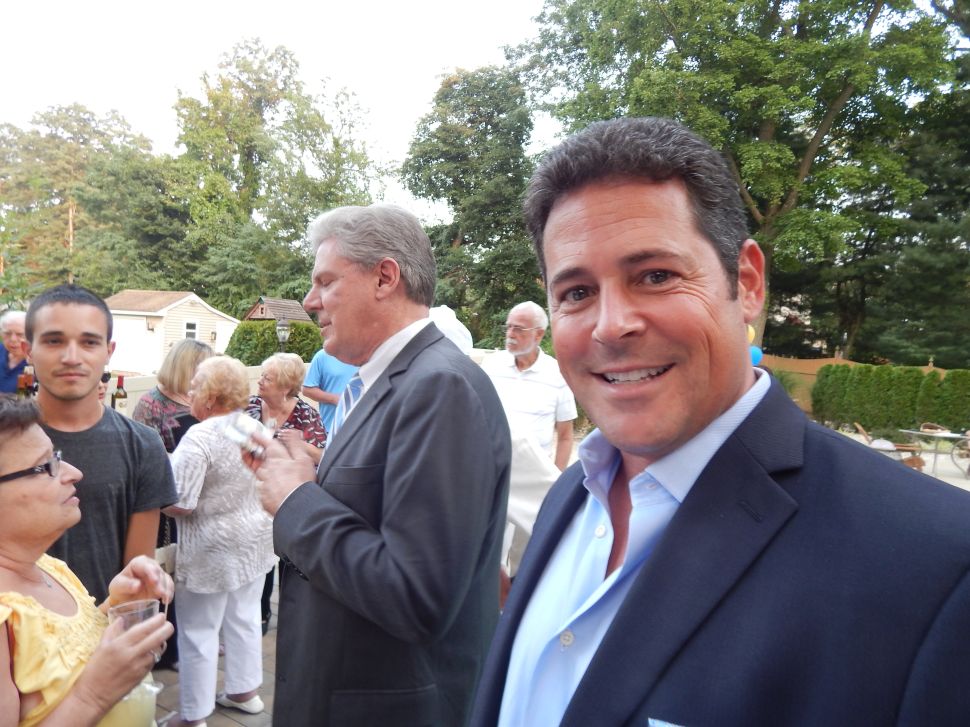