What if the last Catholic King of England, James II, had never been deposed? That’s the question at the heart of Joan Aiken’s famous series of books, The Wolves Chronicles, which began with 1962’s The Wolves of Willoughby Chase. Part alternate history, part fantasy, Aiken played with magic, geography and history in her books for children and adults. 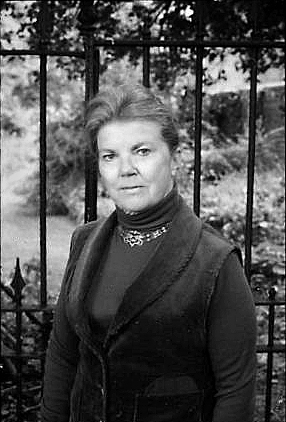 She died in 2004, but the prolific author would have been 91 today, as indicated by a new Google Doodle celebrating her fiction, especially the wolves series. The Doodle is visible in the United Kingdom, Argentina, Peru, Iceland, Lithuania, Thailand and Taiwan.

The Doodles team writes in their post for the piece:

Every so often an extraordinarily prolific author comes along to win the hearts of a generation. Writer Joan Aiken was one of those authors. At the age of 16, she finished her first full-length novel. She was destined for great things.

Find out more about her life here.

Aiken anticipated the wildly popular Pride and Prejudice and Zombies books by Seth Grahame-Smith by revisiting Austen’s books throughout the 1980s, and attempting to add to her world with books like Mansfield Revisited (1984) and Jane Fairfax: The Secret Story of the Second Heroine in Jane Austen’s Emma (1990). In fact, you might even say her work was the precursor to fan fiction.

Public service note: fiction about wolves is fun, but they aren’t really a danger to humans. Most attacks by wolves are either the product of rabies or provocation. That said, they aren’t entirely unheard of, particularly before humans had hunted wolves to near extinction everywhere. More on Wikipedia.