This past week in an interview with Jim Farber for the Daily News, Keith Richards made some ornery, old-guy cranky statements about the Beatles, Rap, and Heavy Metal. First of all, there’s no reason to waste any ink discussing what he said about Rap. His comments echo the thoughts of any senior citizen in a cop bar in Staten Island, and can be explained by indifference, lack of familiarity with the genre and generational confusion. No big deal. Seriously, I would assume any 72-year-old guy who claimed to “get” rap was just lying.

Richards’ comments about Black Sabbath and Metallica being ‘great jokes’ are worth (far) deeper examination.

However, Richards’ comments about Black Sabbath and Metallica being “great jokes” are worth (far) deeper examination. This two-word slur is both completely unsurprising yet remarkably revealing.

To parse Richards’ comment, we have to go back to the dawn of British rock, and it’s spiral into diversity (and differing interpretations) in the 1960s and early 1970s.

Obviously, The Rolling Stones were a blues-based band. The Stones, the arguably superior Pretty Things, and John Mayall’s Bluesbreakers (to name three) personify one branch of the early Britrock leviathan; this limb was almost completely devoted to interpreting Chicago and Delta blues in an amped up and English-accented fashion. Let’s call this Group A.

The other branch is, well, characterized by the more simplistic gory glory of the Kinks, the Who, and the Troggs. These groups certainly shared some of the same basic influences as Group A, but inflected it with lusty teenage primitivism fueled by barre chords. Significantly, although these Group B bands drew from Chicago blues and the straightforward I/IV/V forms of Chuck Berry, they did not draw from the Delta in any real way, which is why you virtually never hear an open-tuned slide part on records by any Group B band. To put it a little more simply, all these bands—the Stones faction and the Kinks faction—listened to Bo Diddley, but only the Group A branch integrated Robert Johnson and Elmore James into their work. This was on your SATs, right?

(The Beatles are another thing entirely; they took their primary musical imprimatur from vocal-centric rock-pop like Buddy Holly and the Everlys, and completely unlike the above bands, infused it with an almost slavish love for the well-structured songs of English music hall, American vaudeville and American musical theatre. In other words, you wouldn’t have caught the Pretty Things, Stones, or Who dead covering a song from The Music Man).

Keith Richards clearly deeply believes that unless your music bears a visible imprimatur of Delta blues and shortnin’ bread walking bass, it isn’t to be taken seriously as rock and roll.

As the 1960s tumbled into the 1970s, both Group A and Group B fed into the emerging strum und kerrang of heavy metal. As metal breech-birthed from its damp and suppurating womb, the lines defined by these earlier tribes became even more pronounced. Robert Johnson vs. Bo Diddley, which had morphed into Stones vs. Troggs, now took on even greater meaning.

A pile of the notable early metal acts that trademarked the genre were very rooted in the Robert Johnson/Elmore James/Delta thing; to grasp that concept, you just need to know two words: Led Zeppelin. Likewise, Mountain, Cactus, Free, Jeff Beck Group (and every etcetera that was spinning on the turntable in the basement of your cool older cousin in Syosset while he dreamt of feather-haired foxes in peasant blouses) were all involved in the process of transforming Delta blues into something sinewy, fresh and thick with slabby tension.

But the Delta-based bands were not the end of the heavy metal story. Just as significantly, you had artists who took Group-B bands like the Troggs, Who, Kinks, the Creation, and (quite importantly) the Move as the basis for their nascent heavy metal (I know I kind of skipped over the Move, but you can’t really understand the birth of Sabbath without being familiar with the post-Who thump-thump high-lama pop of the Move—but dear God, that’s another story).

And that’s the heart of the matter here, and that’s why Keith Richards said what he said in the Daily News.

Sabbath—like Budgie, Kiss, Blue Cheer, Slade, Thin Lizzy, the Stooges, AC/DC, and Alice Cooper, to name just the tippiest-tip of the noiseberg—all may have had a speck of the blues thing somewhere in their DNA, but basically, they were emerging from the riff-based, horny Frankenstein-chasing-Betty Rubble clump-clomp chunk’n’gasp of the Who, the Troggs, and the Kinks. I mean, that’s a grotesque oversimplification, but trust me, that’s what’s going on here: Keith Richards clearly believes that rock and roll is defined by a tangible and identifiable link to Delta, Memphis and Chicago Blues, and any band that does not clearly display that link is, well, a joke. I mean, to him.

Now, the Troglodytes begat the Sabbathites, and they in turn whelped the next generation of non-blues-based metal bands, like Metallica. And because Metallica descended from this early ’70s vein of anti-Delta Kinks-based sausage farting riff-based metallurgists and not from the Zeppelin/Cactus “roots” camp, they also get placed into Keith’s joke file. Keith clearly deeply believes that unless your music bears a visible imprimatur of Delta blues and shortnin’ bread walking bass, it isn’t to be taken seriously as rock and roll.

This was on your SATs, right?

Which is all to say that there’s not only a very simple explanation for Keith’s comment, but it also reveals a great deal about the history of British rock, and the two differing tribes—the blues-based roughriders and the riff-based punks—who fed into the creation of heavy metal. For an offhand statement, it was a surprisingly deep comment.

Now, this all applies to Keith’s comments about Sgt. Pepper, too (in the Daily News piece, he referred to it as “a mish-mash of rubbish”). Whatever you think of Pepper (and I have a lot of thoughts about it, most notably that it sounds like an over-iced wedding cake in stereo but is tense and thrilling in mono), it marks a point where British rock makes a clear and absolute break from its blues-based past (even the Stones’ over-ambitious psych-prog statement, the vastly underrated Their Satanic Majesties Request, still betrays some roots in the traditional American r’n’b and hillbilly forms that are completely absent from Pepper). And if we accept this idea that Keith dismisses as insubstantial anything that doesn’t carry some whiff of salty Delta breeze, it makes total sense that he would be dismissive of Sgt. Pepper.

As a footnote, I’d really love to hear Ronnie Wood’s thoughts on the subject. See, Wood has serious roots in both camps—the Stones thing and the dumb angel Kinks/Who riff thing. Between 1964 and ’67, Wood was the guitarist in the Birds, a nearly feral art-mod band who were the missing link between the Who and Motorhead (in fact, Lemmy Kilmister’s first “real” band, the Rockin’ Vicars, were clearly influenced by the Birds). Like the Kinks or the Troggs, Wood and the Birds played a hyper-speed riff-rock that drew from American influences but studiously avoided the trainspotting delta blues-homages of the Stones.

That seems like an anti-climatic way to end this piece. So let me just add this: Sting is a tool. 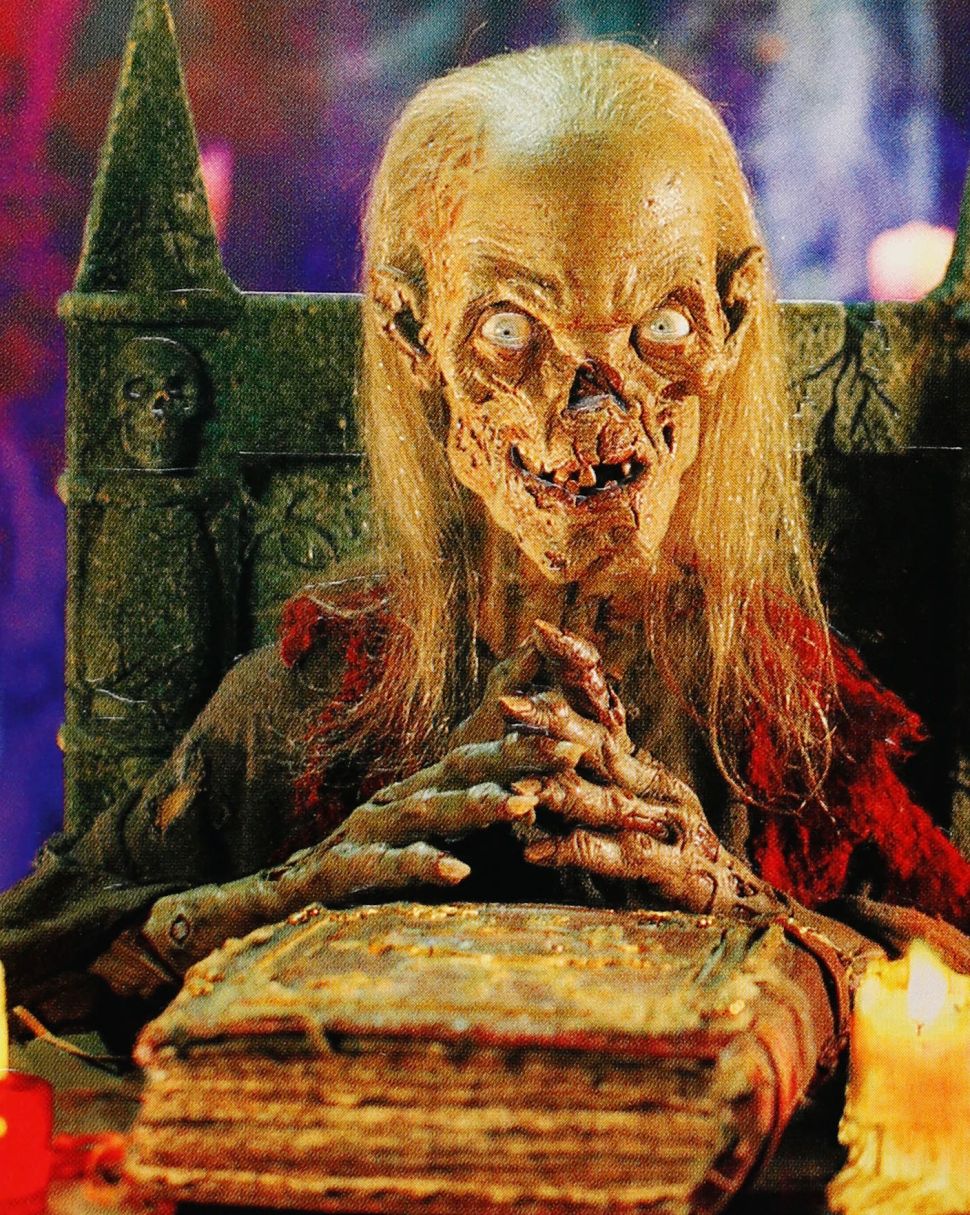