Gov. Andrew Cuomo’s new push for a $15 statewide minimum wage will face many obstacles next year, including a hostile business community and a Republican State Senate majority. But Democrats and their labor union allies think the 2016 election cycle will make their dream a reality.

Hector Figueroa, the president of 32BJ SEIU, the building workers’ union, argued the popularity of the minimum wage across demographic and ideological lines will force Senate Republicans to back an increase to $15 an hour–especially since Democratic candidates plan to run on the issue.

“I think it’s gonna put a lot pressure on Republicans,” Mr. Figueroa told the Observer in an interview. “One reason is that it polls really well in terms of where voters are. Especially with Democrats and independents and even with some Republicans.”

One motivation for conservative Republicans, who hold a razor thin majority in the Senate, to back a wage increase during the legislative session from January to June could be that it would remove a key campaign issue from the November 2016 general election, Democrats say. If the statewide minimum wage, set to rise to $9 an hour at the end of 2015, is allowed to eventually rise to $15 after a bill is passed next year, Democratic candidates across the state would lose a powerful talking point–and a weapon to bludgeon GOP incumbents with.

New York State voters supported 62-35 percent raising the state’s minimum wage to $15 over the next several years, according to a Quinnipiac University poll released this month. A majority of Republicans are opposed to the idea, the poll found, but Republican senators will be chasing swing voters and moderates in an election year that is expected to heavily favor Democrats.

While midterm elections cycles, where voters are older and whiter, recently favored Republicans, presidential years have brought waves of Democrats to the voting booths. With a Democrat, still expected to be New Yorker Hillary Clinton, at the top of the ticket, Senate Democrats are banking on riding her coattails to victory, with the minimum wage as a top campaign issue.

“The politics of this are shifting,” Mr. Figueroa said. “I expect to have Republicans surprise us, to change the way they are looking at the issue.”

The challenge, he said, is to “make a campaign in districts where Republican incumbents are so they can hear from their constituents and find out what will change in the lives of people they represent if they’re able to get a raise.”

Many questions still remain. Mr. Cuomo, who has tendency to triangulate, proposed a much smaller minimum wage increase in January that went nowhere during the 2015 session. More liberal Democrats wonder how genuinely Mr. Cuomo will push for a $15 wage, given his closeness to the business community and his relatively friendly relationship with Senate Republicans. Mr. Cuomo has made sweeping proclamations before–passing the Dream Act, reforming the campaign finance system, making redistricting completely independent of lawmakers–and has willingly shunted them to the side when the political calculus changed.

Other Democrats wonder what will be traded for a potential wage increase. In Albany, unrelated issues are often linked, and other liberal priorities could be tossed aside in order to convince Republicans to vote for a $15 wage.

Mr. Figueroa, who noted Mr. Cuomo named the minimum wage campaign after Mario Cuomo, his father and a former three-term governor, said he expected horse-trading but trusted the governor to make the minimum wage hike his top priority.

“I have no doubt he’s committed to this,” the labor leader said. “He named it after his father. I have no reason to think he’d not be serious about it personally and politically.” 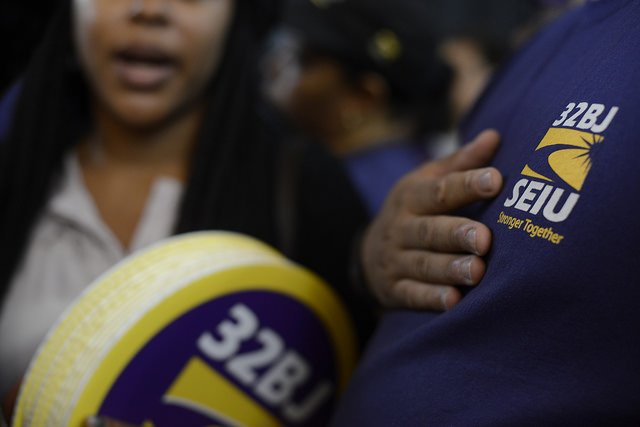