On Monday, September 28, Russia President Vladimir Putin is planning a one-day trip to New York City to take part in the 70th session of the UN General Assembly, exactly 10 years after his previous speech there. This time Putin cannot afford to skip the UN session because of the jubilee character of the meeting. No doubt, his address will be one of the most closely watched by the whole world.

Knowing his reserved demeanor, nobody expects him to bang upon the podium with his shoe, but what will the Russian leader bring to New York?

In an interview on the Russian Sunday Time TV program, Putin’s Foreign Minister Sergei Lavrov spilled the beans on what his boss would say to the world.

Of course, Putin will be talking about the economic sanctions imposed on his country by the West for Russia’s interference in Ukraine’s politics. Mr. Lavrov, expressing the position of Putin, said that the West had been “obsessed with sanctions measures, and not only toward Russia… As soon as something doesn’t go out according to their [West’s] templates—right away they grab the instrument of sanctions,” he said, and this might be the Putin’s exact future quote.

But the sanctions on Russia won’t become a major issue of Putin’s address.

In his speech, the Russian president will be talking about the issue of unipolar world order and terrorism.

In his speech, the Russian president will be talking about the issue of unipolar world order and terrorism. According to Sergei Lavrov, today we witness “attempts to slow down the objective process of formation of the new multi-polar world order… From here, the problems rise that are on everyone’s lips…[first of all] the fight against terrorism, which must be waged without double standards… It is important not to divide the terrorists into good and bad ones [as the West does], not to assume that with some of these bad extremist-minded people, it would be possible to work with for achieving of some specific opportunistic geopolitical goals.”

Sergei Lavrov went on, “Also, the problems of unilateral coercive measures, and not only in respect to the Russian Federation. Nowadays, you know, our Western partners, primarily, under the influence, perhaps, of American mentality, are losing in general the culture of a dialogue and the culture of achieving diplomatic solutions. The Iranian nuclear program was a bright—and even very bright—exception. In most other cases—in conflicts that continue to flare up in the Middle East, in North Africa—they try to resort to measures of military intervention, as was the case in Iraq and Libya, in violation of UN Security Council decisions, or to resort to sanctions. So this theme and the theme of the fragmentation of the global economic area [will appear in Putin’s speech], since now within the framework of World Trade Organization the negotiations to ensure universal approach to new areas of economic relations between the states got stalled. Also, the technological ties between the states [got stalled]—about all this the President will be speaking, and, of course, he will touch upon the specific aspects, such as Syria.”

At the UN, Mr. Putin will be talking on Syria a lot, the area where Russia suddenly took on itself, to the chagrin and humiliation of Obama’s administration, the initiative on the ground. Russia’s foreign minister made very clear what the world would hear from Putin on that issue:

“We have declared that we will be helping the Syrian leaders, as we help the Iraqi leaders, or the leaders of other countries who are facing the threat of terrorism. And our military-technical cooperation pursues exactly these objectives. Of course, the supplies of arms [by Russia], they have been going on, they are going on [now] and they will continue. They [supplies] are inevitably accompanied by our specialists that help put the according equipment up, help to train Syrian [military] personnel to handle these weapons and there are absolutely no mysteries and no secrets [in this].”

From the UN podium, Mr. Putin will call on other states in the region to help Bashar al-Assad—to help him “without indoctrinations or double standards” in his regime’s fight against ISIS terrorism.

Putin’s position on the refugee crisis will be also touched upon in his address. He will use the opportunity to lecture and humiliate the West, refreshing the memories of its former sins.

The crisis of refugees was not created by Bashar al-Assad of Syria, Putin will say, but rather by the terrorists of ISIS. The refugees are running away not from the Syrian government’s army, but from the brutal butchers of ISIS. ISIS itself was born because the stable, although unpleasant, regimes in the region were destroyed by overwhelming military force.

By Putin, the refugee crisis is the European Union’s problem, not Russia’s. Russia is not going to be involved in its resolution by sanctioning the use of international law to stop the influx of migrants.

By Putin, the refugee crisis is the European Union’s problem, not Russia’s.


Russia will not permit the UN Security Council’s approval of a military operation against the ships suspected of smuggling the refugees in Mediterranean Sea under Chapter VII of UN Charter that would allow the Western countries to send their military forces to search and seize the boats in international waters or sovereign waters of North African countries. Russia will never allow itself to be duped into the situation of having to sign into any nebulous UN Security Council resolutions like Resolution 1973 used in 2011 to create a so-called “No-Fly” zone over Libya on “humanitarian” grounds. There will be no Russian authorization of the West’s proposal on “getting rid” of the vessels carrying refugees into Europe in Mediterranean Sea by the World Community. If the World Community wants to go on with such a plan, it will have to do it on its own, taking full responsibility for the consequences of the act.

Sergei Lavrov put Mr. Putin’s vision on refugee crisis in the following terms: “Russia has been fulfilling all her obligations under the international conventions. All those who fall under the category of refugees, we take in, and we will take into the Russian Federation, sometimes even going beyond the criteria that is applied, I refer to the refugees from Ukraine, there are about million [of them in Russia]. We sympathize with our European neighbors with regard to the problem that they have been facing, and I believe that they will solve it [on their own]”.

One thing Mr. Putin is not going to bring up in his UN address is Ukraine, the Kremlin said.

Tactfully, Mr. Putin will leave this subject for the Ukrainian president to speak about. 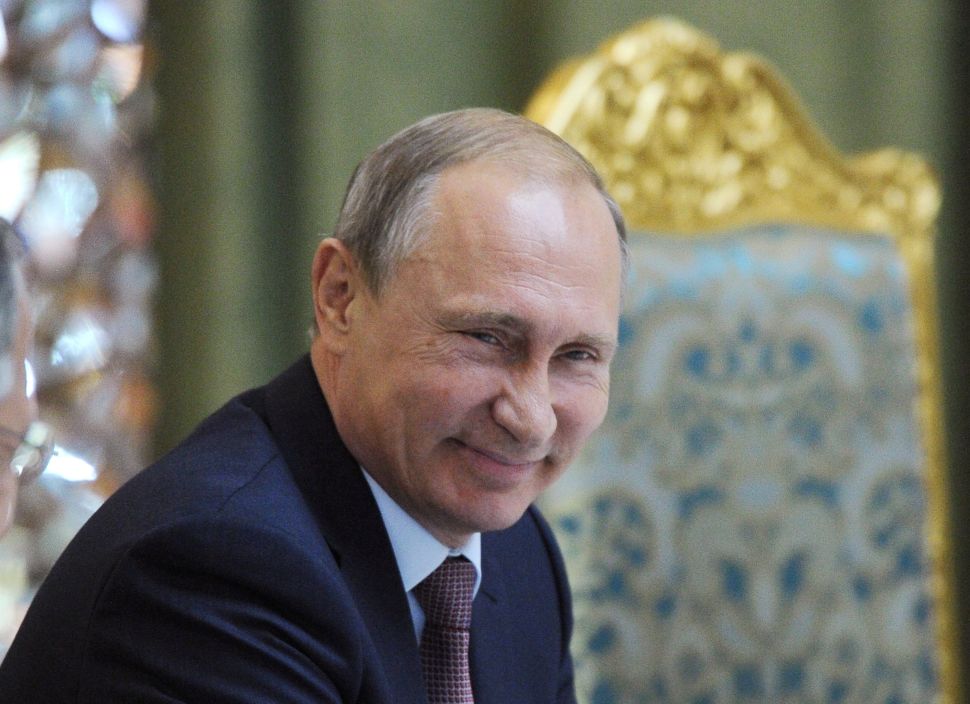