The Senate Legislative Oversight Committee will hold a hearing Thursday to determine changes to the Port Authority’s ten-year capital plan, including provisions for greater oversight from the New Jersey and New York legislatures.

“These hearings also will give the public an opportunity fort eh first time to give input in advance on what the Port Authority’s top priorities should be in the revised 10-year capital plan that the agency is currently developing – a process that would be institutionalized under legislation we have proposed,” said Gordon in a statement.

See the provisions of the bill below.

Per a release last week, the Gordon-Weinberg bill would:

“1. Guarantee oversight by granting legislative committees from both states the right to call in senior Port Authority officials and provide the opportunity for legislative hearings in each state on the Port Authority’s capital plan.

2. Require quarterly reports on the progress and cost of capital projects, and provides for independent monitoring of major projects budgeted at $500 million or more.

3. Gives each state’s transportation commissioner the ability to appoint a policy liaison to the Port Authority to participate fully in the development of the agency’s capital plan and to monitor the progress of capital projects and any transfer or sale of assets.

4. Explicitly establish meeting the transportation needs of the bistate region – as opposed to non-transportation-related economic development – as the agency’s core mission.

5. Delay the selection of a new Port Authority chair and vice-chair until one year after the appointment of a new CEO, which is expected to occur this fall.

6. Grant the Port Authority Inspector-General subpoena power and the authority to compel the appearance of witnesses in investigations of misconduct at the agency.” 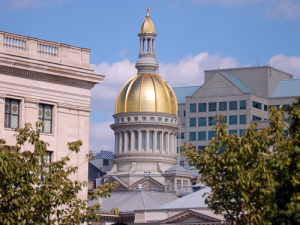