“I think he went in the tank, that he did a good job but not for the people of the state of NJ, for ExxonMobil,” said Lesniak of Governor Christie after the hearing. The governor’s administration and the New Jersey Department of Environmental Protection reached the settlement this summer.

The settlement has been controversial, with many environmental groups decrying the sharp decline in compensation, from nearly $8.99 billion to to $225 million.

The appeal hinges on whether Judge Michael Hogan accepts environmental groups’ reading of the New Jersey’s Environmental Rights Act, which they argue entitles them to and other citizens to introducing further appeals to change the terms of the settlement. Hogan will most likely be making his final decision on whether the motion will go on to the Appellate Division at another hearing on October 9.

On the NJDEP’s argument that the groups’ and Lesniak’s reading of the bill would overwhelm the court system with motions and appeals in cases like the Morses Creek cleanup, Tittel said that members were going against the language in the law, which allows citizens to level legal challenges to polluters when state agencies are “either unwilling or unable to do so.”

“That’s the whole point of the courts,” said Tittel, “to have citizens be able to exercise their constitutional rights when the government does not act in its best interest.”

Hogan questioned the constitutionality of Lesniak appearing before the court as a state legislator, saying that he was tempted to characterize Lesniak’s appearance as an attempt to circumvent the traditional roles of the legislature and the judiciary. Lesniak countered that he would go on the record as providing his arguments as a resident of the area.

“The judge made reversible error in approving the settlement which gave ExxonMobil a $1 billion gift in addition to the meager $225 million of $8.9 billion of damages presented into evidence in the case,” said Lesniak before Tuesday’s hearing. “The gift is indefinitely deferring ExxonMobil’s $1 billion obligation to cleanup Morses Creek even until refinery operations cease at the site which violates the Spill Act’s requirement of prompt cleanup.”

Hogan said in his opinion on the original settlement that “Exxon’s payment represents a reasonable compromise given the substantial litigation risks” from the company against the state. 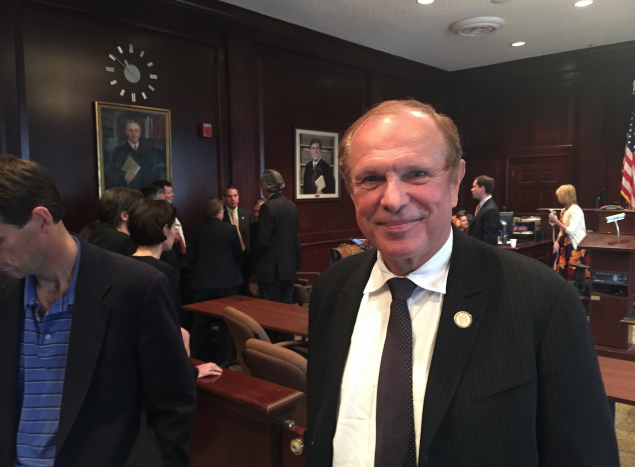