Following the announcement of the Iranian Nuclear Agreement, Lieutenant General (Retired, U.S. Army) Michael “Mike” Flynn was interviewed by Jason Criss Howk, a former colleague that worked with him in Kabul and Washington D.C. The interview took place by phone and email from 15–16 July 2015.

Mike Flynn is the former DIA Director, Senior Intelligence Officer for the International Security Assistance Force (ISAF), U.S. Central Command (CENTCOM), the Joint Staff, and Joint Special Operations Command (JSOC). He worked extensively with security leaders throughout the Middle East and has dealt closely with the effects of the Iranian Regime on both Iraq and Afghanistan.

LTG (Ret) Flynn recently returned from 1 of 3 trips in the last four months where he met with government, business and religious leaders in various, traditionally American-leaning nations. Here are his thoughts on the current Iranian Nuclear agreement and how it will affect the broader Middle East.

This article originally appeared at The Bridge.

LTG(R) Mike Flynn’s initial thoughts on the Iranian Nuclear talks and the Middle East with regards to the global violent radical Islamist movement.

1. The U.S. needs to produce a clear and coherent Middle East strategy based on what is realistic and achievable, but also practical and reasonable by this President in his limited time left in office. It obviously will take longer, but we have to get it started. Right now, we have nothing that is working.

3. We must lead and convince Middle Eastern leaders to undermine IS and their international cohort’s ideology. The leaders are ready in the Middle East to take on this deadly radical subset of Islam that is killing their citizens, but they need backing, guidance, and support. Not just convincing the Islamic leaders, but the political leaders. Setting up an anti-Jihad center in the UAE is not the end-game.

4. Encourage leading world clerics to sign an open letter that undermines the ideology of IS and their ilk. This should be part of a larger information operations campaign that declares these radicals as not following Islam correctly and eventually leading to a call for the reformation of Islam.

5. A large international effort must be undertaken, led by the U.S., to fix the refugee crisis created by Syrian and IS atrocities. In my experience, refugee camps are breeding grounds and help create future terrorists.

6. Finally we need big ideas from people outside the Administration about how to solve this. Then we need an Administration that will listen to and enact those ideas. The current Administration is listening to a group of advisers that are telling them what they want to hear and not what needs to be done.

Question and Answer portion specific to the Nuclear Talks and Deal

Jason Criss Howk (JCH): What was an alternative deal outcome that would not have upset the balance of power?

LTG(R) Mike Flynn (MF): Open the entire region to nuclear energy to neutralize Iran from starting a nuclear weapons arm race in the region. Have other nations outside the region, such as Russia or the U.S. conduct the advanced levels of the nuclear in and out fuel cycle processing required to create a nuclear energy program. This would be far safer than allowing it to occur in the region.

A team I am part of actually presented a plan to key people in the White House and members of Congress that would essentially develop a new economic system in the Middle East, but DC is too dysfunctional to develop the long-term plans required to avoid hostilities in the Middle East.

Russia is the big winner in this deal as they are backing an Iranian program knowing that they can also sell to the Iranian antagonists in the region and make double the money on arms and nuclear technology.

(JCH) What will Iran do with the money that is going to flood their coffers?

(MF) The money will re-establish and solidify their banks and markets. The biggest investment will be in the security sector: the military will get pay increases, financing of Hezb’ Allah and Hamas will increase, there will be a spike in Quds force activity and funding, and the intelligence service will also make gains. In general security and intelligence capabilities will increase and financing of weapons systems will rise. The Iranian Revolutionary Guard Corps’ (IRGC) narcotics cartel that stretches from Colombia and Venezuela to Afghanistan will benefit.

(JCH) What is the mood of the Arab neighborhood?

(MF) After three back-to-back trips over the last four months, there are two main themes in every country. First, our allies feel abandoned by the U.S. and second, there is a significant loss of trust in the U.S. government (USG) because they think we are now aligned with Iran.

(JCH) Will the Sunni states wait for Iran to get a bomb or the ability to make it, or will the Sunnis get theirs first to stay ahead of the game?

(MF) The Sunni states will play tit-for-tat and keep up with Iranian nuclear developments. Once they achieve a nuclear energy level of development, if Iran creates moves to create a nuclear weapon, states like Saudi Arabia will move rapidly to do the same and may even consider working with their strong partners like Pakistan.

(JCH) What did the West get out of the deal?

(MF) Let’s start with Europe+. Europe, Russia, and China get three big things: 1. A new market of 80 million people to buy their goods; 2. Cheap oil; and 3. An educated work force to open companies within Iran.

The U.S. gets nothing but grief. We did not get an apology for the 500 KIA and thousands of wounded military members in the Iraq war struck with Iranian explosively-formed penetrator IEDs. No apology for the hundreds of Marines killed in Beirut in the 1980s. None of the four current American hostages were released. No apology for the Americans killed in the Khobar tower terrorist attack. We did get a requirement to expand our security umbrella in the region for life. China will take the economic benefits and we will be stuck securing the region for the Chinese and Russians while the UN (IAEA) tries to monitor the Iranian nuclear advances that have historically failed.

(JCH) Was the West too anxious to get a deal and did we give up too much leverage?

(MF) Yes, the U.S. and others were too anxious to get any deal. We gave up all our leverage. We had poor assumptions about what we would get and we were too ambitious to be successful. We got beat by a nation of expert negotiators who got everything they wanted and needed from the deal for only making promises of allowing future observations.

People should read the deal; it’s only an hour and a half read. It’s poorly written and it’s striking how poorly constructed it is — it feels like a high school paper. A large portion of it is the annex that releases pressure from a long list of state sponsors of terrorism, narcotics cartels, and illegal market owners. We are letting off some very ruthless people.

Bottom line, it takes all restraints off of Iran to do as it pleases in the region and around the world.

(JCH) What are three bad things that will result from this long-term?

(MF) Number one, the elimination of Israel [which Iran has promised].

Number two, a large regional war. Not the proxy wars in the smaller states, but Iran and Saudi Arabia going to war.

Number three, the regime can become even more hardline and crush all efforts at democracy and freedom. There is no longer a penalty for their harsh behavior towards their citizens.

(JCH) Should the President override a Congressional vote with a veto if Congress doesn’t want the deal to go through?

(MF) He should not over-ride a Congressional veto. It’s a bad deal and he can blame Congress for killing it to preserve his legacy. But he won’t, his advisors are telling him what he wants to hear.

He does not understand the strategic void he creates in the world and understands even less about who will fill that void and how they will fill it.

(JCH) What will we see next in the Middle East?

(MF) Some I know have started calling it the Muddle East and it is fitting. The U.S. must put the Middle East at the forefront of its foreign policy or this will unravel quickly. The Middle East that the President hands off to the next president will be far worse than the one he inherited. It was in a pretty good place [as we were negotiating the end of the Iraq war] and [the past few Administrations] let it slip with the Iraqi withdrawal debacle. We must use the lessons from the flawed Iraqi withdrawal to inform the Afghanistan withdrawal.

Because the President will be handing off a mess in the Middle East to the next president that will grow in size and scope, the President needs to set some realistic expectations for our nation.

(JCH) Who will the countries that feel abandoned in the Middle East turn to if not the U.S.?

Jason Howk is a retired Army Foreign Area Officer. He holds a Master’s Degree in Middle Eastern Studies, was a term-member of the Council on Foreign Relations, and is a Malone Fellow in Arab and Islamic Studies. He has worked extensively in Joint, Interagency, Intergovernmental, Multi-National, and NGO operations and has been involved in international foreign policy and strategy development. 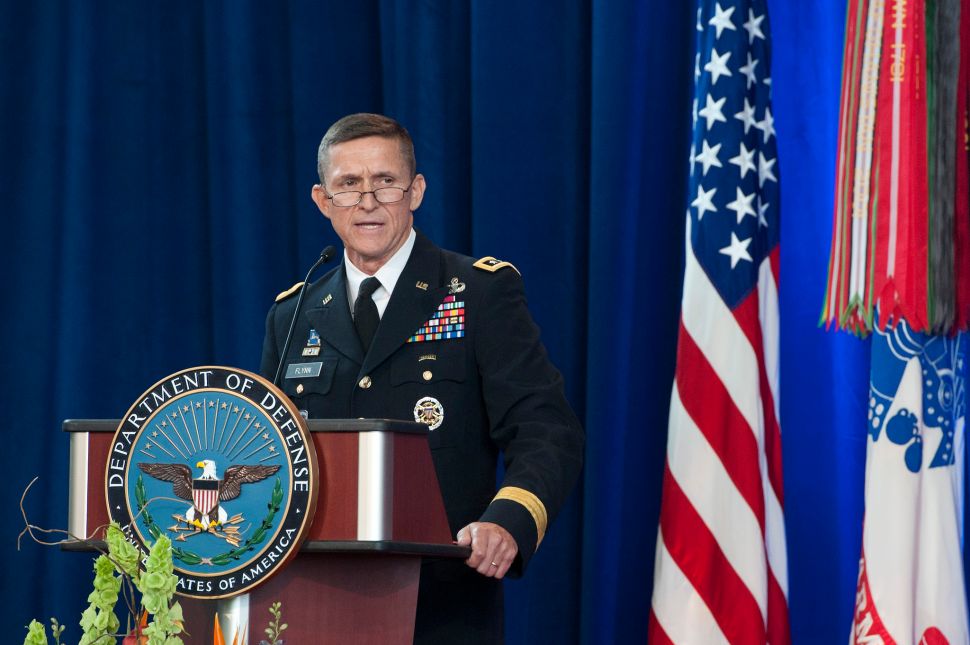