Salman Rushdie has had a pretty dramatic life. The author spent a decade in hiding after Iran’s Ayatollah Khomeini issued a fatwa calling for his death after the publication of The Satanic Verses and Al Queda still has him on a hit list. He is a knight. He has been married four times, most recently to Top Chef/model Padma Lakshmi.

But after reading a Q&A with Sir Rushdie in the forthcoming New York Times Book Review, we realized that the author of 12 novels (his most recent,Two Years Eight Months and Twenty-Eight Nights, comes out on Tuesday) and four works of non-fiction sounds pretty much like any writer we might run into on Twitter or at a cocktail party in Brooklyn. 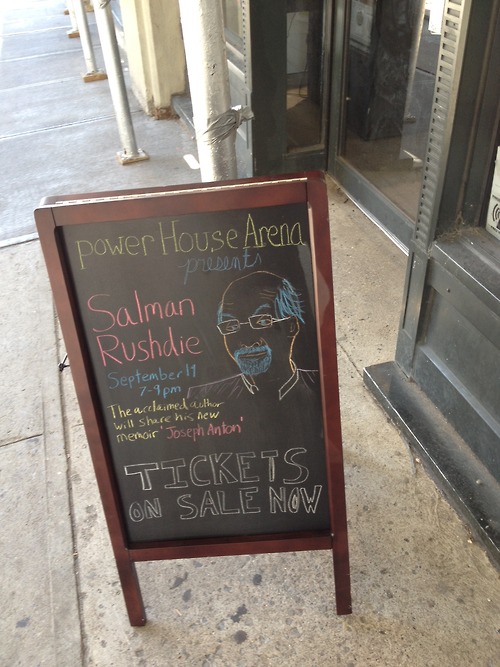