A Wednesday meeting of the Local IUOE 825 PAC was attended about 100 elected officials and candidates seeking office from throughout New Jersey. The Local 825 is known for backing candidates based on their stands on the issues and, this year, the focus was on the Transportation Trust Fund.

“This is about our members having an opportunity to meet their elected representatives and to hear first hand their views on regulations affecting building and construction and how they will address the shortfall in the Transportation Trust Fund,” said PAC Chairman Greg Lalevee, who also serves as Local 825 Business Manager.

Local 825 members voted to endorse candidates in the upcoming November election. They are as follows: 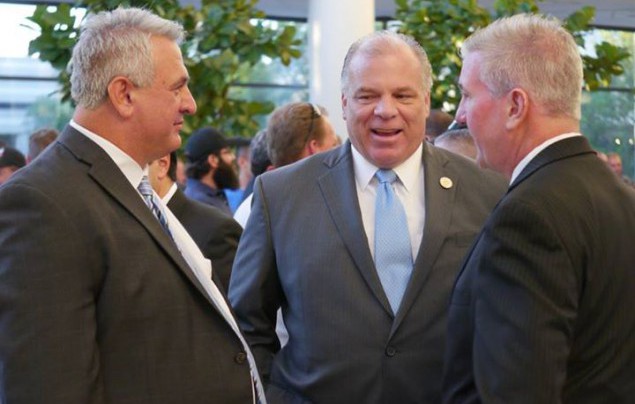