Hours after Madonna opened her “Rebel Heart” tour in Montreal, a press release trumpeting the performance arrived in music writers’ inboxes the world over.

There, in canned, press release form, was pop music’s ongoing problem in a nutshell: women are held to a different standard.

Amid the granular details about her luxurious attire—“Madonna wears an exotic gypsy outfit comprising a lurex-lace-and-jacquard bodysuit with an embroidered belt, lace short sleeves, and multi-colored trimmings, plus a black crêpe de Chine skirt with embroidered patches and black georgette ruffles,” goes one such breathless passage—was a section that stood out, but not for the reasons Madonna and her publicity team intended.

Near the bottom of the release was a “by the numbers” section, detailing the exhaustive amount of manpower, time and money being poured into the intercontinental tour, which is scheduled to continue through 2016. (The tour sets up shop at Madison Square Garden for a two-night stand Wednesday, with a Barclays Center date set for Saturday.)

Instead of seeing the reams of information as illuminating—500 pairs of custom-made shoes; 20 dancers; more than 25,000 miles traveled—the litany of facts seemed oddly defensive.

“This tour is a lot of hard work,” it seemed to say, “and you should be grateful Madonna even wants to put herself through it.”

Out of curiosity, I searched through my email for opening night releases for the Rolling Stones and the Who, two acts on identical superstar footing, just to see if they’d offered up any kind of similar footnotes. The Stones simply proffered a set list, name checked the celebs in attendance and provided some video. The Who reeled off the band’s past glories—100 million albums sold; iconic appearances at Woodstock and Monterey Pop—as it also just offered glowing assessments of its 50th anniversary tour, along with a set list.

There, in canned, press release form, was pop music’s ongoing problem in a nutshell: women are held to a different standard.

Men can tour until they can no longer remember their own songs—I still feel a mixture of anger and sadness remembering Chuck Berry fumbling through his catalog during a Fort Worth concert three years ago—but female artists like Cher or Tina Turner undertake farewell tours and hang it up, spending their twilight years reflecting.

For all the talk about female pop artists being dominant—the Beyoncés, the Rihannas, the Lady Gagas, the Taylor Swifts—the brutal truth is that once female musicians hit a certain age, there is an ugly, unspoken expectation that they will step aside for the next generation (it’s when you start seeing things like VH1’s execrable “tribute” series Divas).

It’s an interesting moment, particularly as Janet Jackson prepares to mount a comeback of her own with a new album, Unbreakable, and a tour, and Mariah Carey settles into a Vegas residency.

Female artists over the age of 40 having to justify a continuing career is nothing new, but it’s still infuriating.

Will pop music finally reckon with this baffling contradiction, or continue pretending it isn’t happening? Madonna isn’t about to retire and cede her place in the cultural conversation, but is she happy about being held to such a glaringly different standard? Female artists over the age of 40 having to justify a continuing career is nothing new, but it’s still infuriating. Pop music, it would seem, would prefer women to skip over a 20-year period, and re-emerge in their 60s, as influential grande dames, sweeping onto the Grammy stage or teaming up in the studio with some young up-and-comer.

The 57-year-old Madonna, in particular, is confronting such hypocrisy head-on by simply engaging the youth.

Her latest album, Rebel Heart, is her best in a decade, not least because she enlisted Nicki Minaj, Kanye West, Avicii and Diplo, among other relative whippersnappers, to give her record a tingling immediacy.

Will pop music finally reckon with this baffling contradiction, or continue pretending it isn’t happening?

Nevertheless, it must be infuriating to have to collaborate with the same acts that more or less openly update your own work from 25 years ago. (The cruelty of this fact in Google form: the results for “Madonna old” number 70 million, while “Madonna influential” returns just 667,000 hits.)

Yet, she perseveres—and perhaps it is this injustice helping to spur Madonna onward. Certainly, she’s accomplished more than many of her acolytes, and even if this Rebel Heart jaunt were her farewell, she would be exiting near the top of her game.

Bound up in all this is the unavoidable truth that, no matter how talented or what gender a performer may be, there comes a point where the spirit is willing, but the flesh is simply too weak.

Using that metric—can you still perform?—might be a better way for pop music to stop sidelining its female artists. Don’t justify your tour with reams of data about the clothes and trucks and light rigging. No one wonders what Mick Jagger wore, or the size of the Who’s stage.

Imagine a pop landscape where talent trumps any other considerations. Now that would be rebellious. 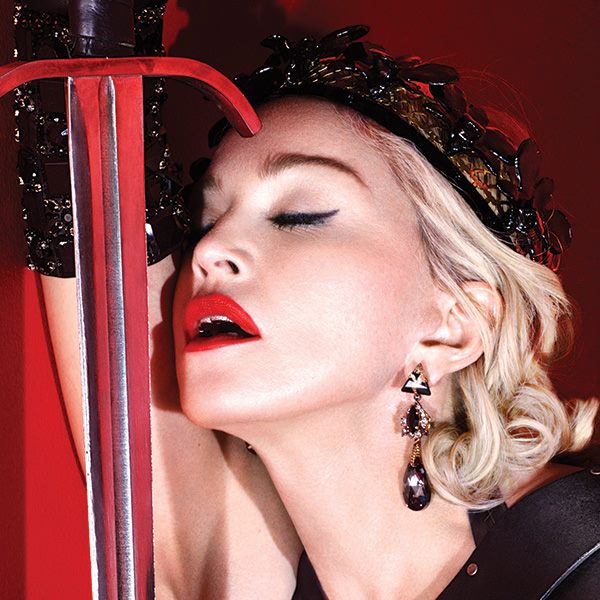