Anyone that hires a worker or team with a mobile app to come inside a home or office needs to trust that the company that dispatches them has made sure they will show up and do good work.

In a panel discussion Tuesday on growing startups, executives in the on demand economy said that it’s important to put quality first when aiming for growth. It makes sense: the whole sector is based on connecting consumers and companies with a huge pool of freelancers providing—more often than not—face-to-face services. If hiring is to be mediated, customers have to believe that the third party making the connection knows who it’s connecting.

“There is in any business a tension between growth versus quality,” said Dan Teran, CEO of Managed By Q. His company manages offices for businesses, particularly on the cleaning side. Quality, he explained, is largely determined by its ability to retain the people who do the work. “We always prioritize retention over growth,” he said.

When Managed By Q arrived in San Francisco, sales came almost too easy. The company had come to a stage where it knew the pieces it needed in place to keep its workers around, so he said they put a freeze on new customers until it could get those pieces in place.

Umang Dua is the chief operating officer of Handy, which does much the same work but with a focus on the home. Mr. Dua said, “For us, it starts with trust.” He explained that’s why it does deep background checks on its workers; however, he brought another insight: the more jobs its workers have access to, the more likely they are to be satisfied.

Worker satisfaction increases for Handy at scale, so the company’s workforce is happier in its biggest market, New York City, than they are in Tampa. By extension, that improves retention, which ups quality.

Both Mr. Dua and Mr. Teran spoke to the idea of unit economics. In other words, how much money is the company making on each unit sold (in this case, an hour of cleaning, for example).

“Now, when we look at new markes,” Mr. Teran explained, “we might be able to say that, say, Jersey City is a stronger market than some top tier American city, based on the buildings and the kinds of businesses.”

The comments were made during the On Demand Conference in Midtown Tuesday, at the AMC Empire 25. Managed By Q is one of many companies there (such as Checkr and ZenDrive) that count lots of the bigger on demand companies in their client pool (companies like Lyft, TaskRabbit and AirBnB).

In other words, many of the companies could accurately describe themselves by saying, “It’s like ‘Uber’ for Uber.” 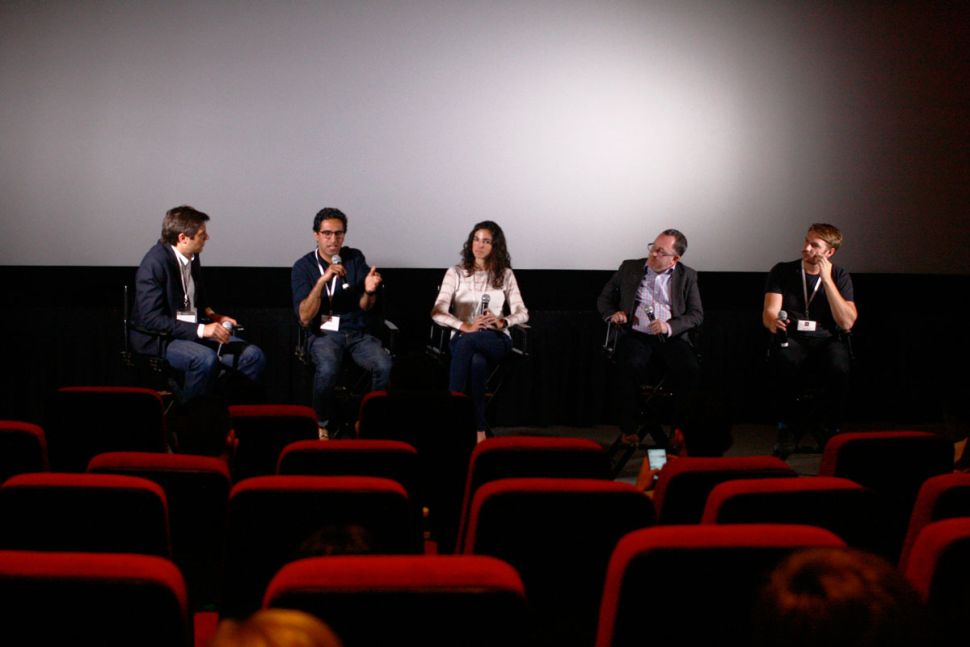