Bill Masters’s sex surrogacy study may be going south, but fortunately, the same can not be said for his television show. In “Through a Glass, Darkly” (unfortunately the series has not yet solved the problem of its thuddingly obvious episode titles), Masters of Sex served up its first fully satisfying hour of the season. With the exception of a perplexing and unnecessary last-minute twist (more on that later, unfortunately), it was a character study in which every character seemed to be worth studying, a sex drama in which the sex drove the drama and the drama made it sexy. On more than one occasion I said “Nice work, gang!” aloud, as if my capacity for taking pleasure in the show had, like the sexual confidence of the surrogacy program’s participants, been reawakened at last.

But when emotional intimacy creeps back in around the margins, that’s hella sexy too. Case in point: Bill and Virginia’s development of new protocols for male surrogates following Lester’s crash and burn. Watching the two of them talk their way toward a form of manual stimulation geared completely toward her pleasure—“a woman needs to be free of a man’s expectations,” “What if we gave her the sense of control? What if we let her guide his hand, to show him what feels good?”—in which the man isn’t even making eye contact was intense, all the more so for the way it reestablished the connection Bill, at least, so desperately wanted, and which Virginia also seems to at least have powerful sexual nostalgia for.

Of course, this was in some way the end result not of a clinical procedure, but a sneaky scheme. Inspired by a dream in which his abusive old man appeared to him, instructing him to “set the trap” for Virginia by showing interest in her opinions and feelings once again, Bill got her involved in the surrogacy program by copping to its inadequacies, and likely failure, without her input and expertise. The thing is, though, that this was an accurate assessment of the situation. Without Gini around, Bill really was winging it; without her approval for such a major endeavor, both the study and the partnership were likely to fail. Only by involving her, and giving her an equal say in evaluating the results, could Bill possibly make it work. That the same is true of their relationship, not just the study, made this a complicated and compelling sequence of events.

For Bill, that sequence culminated in a pretty fucking torrid but interrupted bout of passion with Nora, the program’s star pupil, after he discovers that Virginia’s been having an affair with Dan Logan all along. Nora got the ball rolling by soliciting Bill’s advice on how to prevent premature ejaculation by manually manipulating her partner’s penis, using Masters’s finger to demonstrate; beneath the medical matter-of-factness, their mutual arousal couldn’t have been clearer. But when the time came to seal the deal, Nora’s plea for Bill to tell her he loves her—which seemed like more of a kink than a sincere desire to become his beloved—destroys Bill’s lustful haze: He loves someone else. “I can’t give up on that, I can’t,” he sobs, “or I’ll have nothing. I’ll be nothing.” Masters calls for Michael Sheen to flip out on a fairly regular basis, but breakdowns are fewer and farther between. This one was gutwrenching.

But even outside the confines of the study, supporting players had a lot to work with. The interminable Tessa the Bad Teenager storyline was redeemed in part when she responds to getting the talk about how important sex is from her mother by deliberately fucking a guy she doesn’t love—a guy who raped her, in fact—going so far as to use the exact kind of “if you love me, you’ll do this” pressure that Dan Logan had warned the dude not to try himself. So many of Tessa’s spiteful acts have been theatrical and phony; this was nuanced and convincing, with no easy answers to the questions about Tessa’s desires and Virginia and Dan’s parenting that it raises.

By comparison, Barton Scully’s ill-fated (for now) attempt at a date with his ultrasound technician went along far more predictable lines: discomfort with men who are both more effeminate and more out, a gaybashing incident, an apparent attempt at rapprochement. Still, the younger doctor’s an endearing guy, and it’s a pleasure to watch Beau Bridges play a gentleman of a certain age who, perhaps for the first time in his life, is enjoying fine entertainment and fun conversation with a person he’s romantically interested in.

Better still is what goes down with Libby and Paul, because it plays with expectations only to reverse them. When he defers a chance at shower sex to ask her to run errands for him instead, the end-of-episode shouting match about not repeating the mistakes of the past seemed inevitable. Instead, we learn that Paul only gave her these dully domestic tasks in order to create a genuinely adorable play in her honor with her kids as a birthday present. He winds up proposing, and she accepts, but the way the sound cut out during the play, leaving us with only sweet music and her beatific face, was all the sign we needed that this union is real.

The same can’t be said of everyone, unfortunately. In the episode’s sole major flaw (outside the fact that all of a sudden Dan knows that Tessa is Virginia’s daughter, which had previously been a big mystery), we discover that Nora is secretly working for the awful Bible-thumper who pesters the clinic’s clients in the lobby. Why anyone thought the Nora storyline, which has been one of the season’s strongest, needed some holy-roller Homeland intrigue is beyond me. Hopefully the damage will be minimal, and Masters’s final two episodes can maintain the quality that eluded it during the past nine. 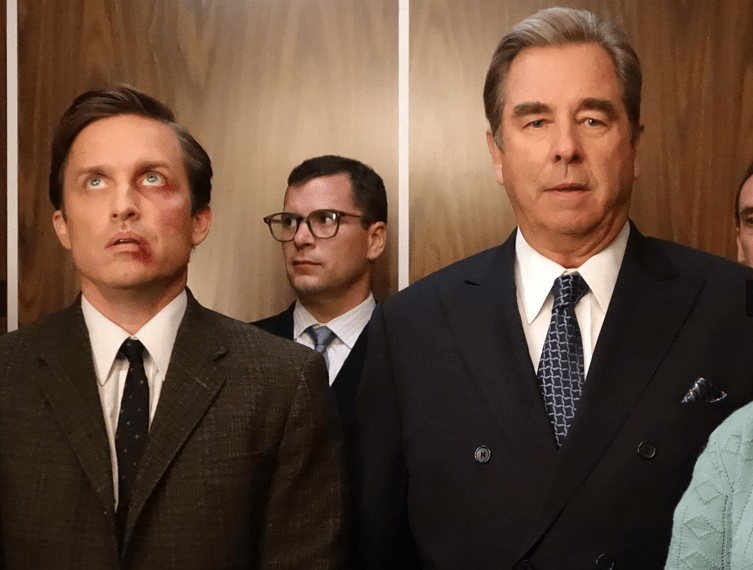