CAMDEN – Mayor Dana Redd joined Camden County Freeholder Director Louis Cappelli, City Council President Frank Moran, and PATCO President John Hanson at Camden City Hall Wednesday to announce the city’s plans for Pope Francis’ upcoming visit to Philadelphia. Though the city is publicizing its effort to serve as a home base for visitors online, the mood in the room was tense as many raised questions about efficiency and security during the event.

With all of South Jersey expected to be tied up with overflow traffic from the pope’s appearances in the Fairmount neighborhood of Philadelphia on the 26th and 27th, Camden is betting that it will be an attractive alternative to parking in the city and braving Interstate 95. The event is sure to be a test of Redd’s leadership and of the Camden police department’s. The pope’s visit will see the department overseeing a municipal event of this scale for the first time since it was gutted and replaced with one run by the county in 2012.

“The Camden Waterfront will be open for preregistered parking of privately operated vehicles,” said Redd, adding later that there is in fact a strategy in place if the number of unannounced visitors exceeds projections and security staff have to begin turning visitors away. Neither Redd nor the other speakers on hand elaborated on what that strategy might be.

The preregistration policy follows a scrapped plan to provide bussing to Philadelphia en masse from the city.

The event is expected to draw a crowd of up to two million people the pope’s events on Saturday and Sunday next weekend. Visitors will be able to park along the Camden Waterfront with preregistration passes before heading on to Philadelphia via the PATCO train to 9th and 10th streets, the RiverLink Ferry to Penn’s Landing or a 60-minute guided walk across the Ben Franklin Bridge into Center City.

When asked what safety precautions will be in place for visitors’ walks across the bridge and journeys back into Camden in the evening, Redd said that there would be and benches along the walking route and a significant police presence.

Camden is anticipating tens of thousands of visitors on the weekend of the papal visit, and will be effecting road closures along the Ben Franklin Bridge, Interstate 676 North at Exit 3, and Route 30 West at Route 130. Closures will begin Friday morning and end Monday morning.

The city’s security precautions during the pope’s visit will include a ban on overnight sleeping in public areas by the waterfront and strict security checkpoints at which city residents will need to present ID to get back into the city via major highways. Visitors will receive their own one-time ID cards to present to security staff.

“The Pope’s visit to Philadelphia will mark one of the largest events the Delaware Valley has seen in generations,” said Freeholder Cappelli in a statement. “Millions of people are estimated to attend the Benjamin Franklin Parkway for the public mass on Sunday and hundreds of thousands will be going to events during the week of the World Meeting of Families.” 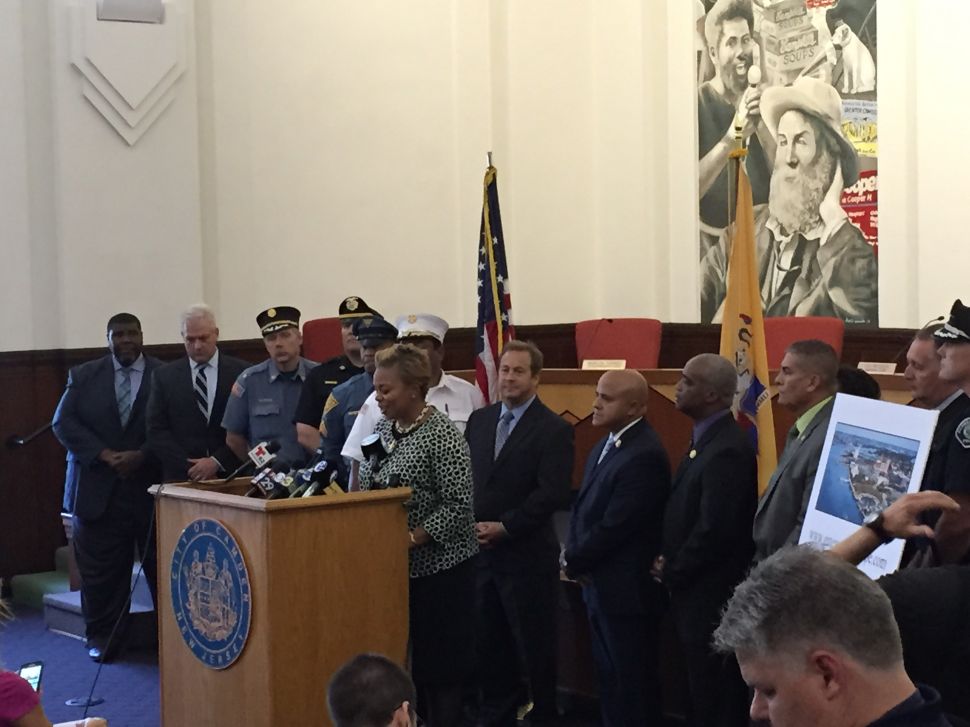