During the foreign relations hearing, Menendez discussed the ongoing Syrian civil war and the resulting refugee crisis that has seen nearly 3 million people flee the country as President Bashar al-Assad continues to employ illegal weapons such as barrel bombs and chlorine gas.

Citing the need for the United States to join a international commitments to admitting Syrian refugees, Menendez took a hard line on Assad’s international allies.

“The most generous contribution on the part of the United States only scratches the surface. At the end of the day, unless we get to the root causes we are treating symptoms but not the causes of what makes people flee from their home,” he said.

Menendez also joined the finance committee for their hearing on the state of the Puerto Rican economy, where he joined the call for the federal government to standardize bankruptcy law, healthcare access and tax credits between the US and its territories.

“Among the most decorated in the military history of the United States was an all Puerto Rican division during the Korean War, the 65th infantry division. So it’s amazing to me that we have this attitude as if Puerto Rico was some foreign country and this was about foreign assistance,” said Menendez.

“Unfortunately, we’re seeing a significant number of them — I see them in my home state of New Jersey, we have a long history of a long Puerto Rican population in our state — but they’re coming in significant numbers because their vision of what the future holds is not, there isn’t in many of their minds a light at the end of the tunnel.

“I think there’s no good reason why Puerto Rico shouldn’t have equal access to chapter nine. I don’t believe it’s a panacea, but to the extent that you can get people to come negotiate with you in good faith if they know Chapter nine is available, then all of a sudden we have a process to negotiate, which would enable them to restructure a portion of its debt in an orderly, legal, and efficient manner.”

Of Puerto Rico’s fiscal future, Menendez said that equal access to tax reimbursements as well as Medicare and Medicaid would stand to play a significant role.

“It’s gonna be difficult to achieve that if you can’t be reimbursed in an equitable way.”

Menendez and Sen. Cory Booker have signed onto a bill that would change federal bankruptcy protection laws to include Puerto Rico, which is struggling to pay some $70 billion in bond debt.

Sen. Charles Grassley (R-Iowa), chairman of the Senate Judiciary Committee that would hear the bill to allow bankruptcy protection disagrees with the New Jersey senators and argues for the option of a federal control board, much like the board that turned Washington D.C around in the mid-1990s.

Puerto Rico has previously proposed a local control board.

“A local control board, if ever created will be ineffective due to local politics and pressure,” Grassley said. “Perhaps then, a federal financial control board should be part of a comprehensive approach to remove obstacles to certain fiscal reforms.” 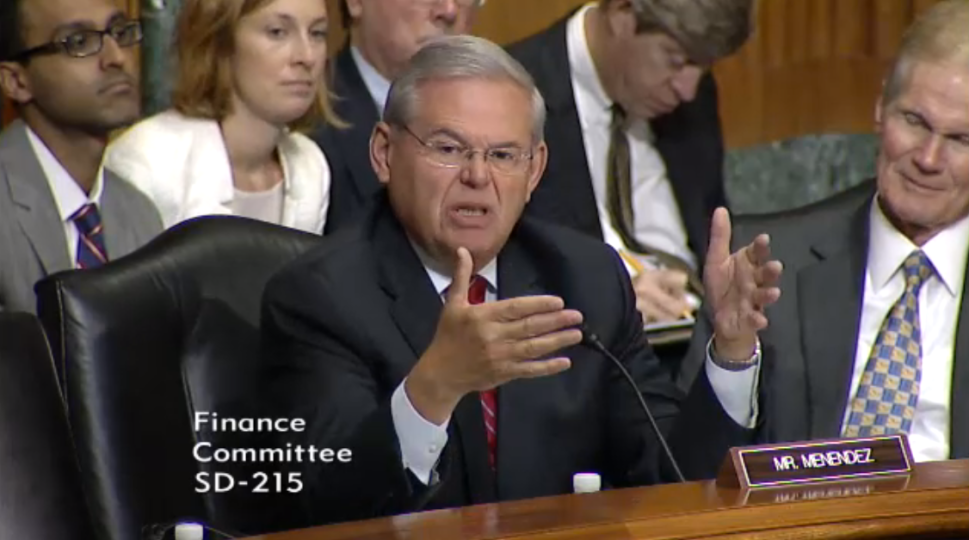