Everyone above the age of 18 must remember “Tut-mania.” Ever since 1922, when archaeologist Howard Carter discovered the tomb of King Tutankhamun, the boy who ruled Egypt until he died at around age 19, the world has needed a defibrillator at the whisper of “King Tut.” Whether you were one of the 8 million people who lined up to see his pure-gold, 240-pound coffin at the Metropolitan Museum of Art in 1978 or exhibitions in 2010, the obsession has not faltered for almost a century.

Egyptian civilization spans over 3,000 years, yet the public has been crazed about a sliver of it: King Tut might be the celebrity of Egyptian art, even the face of it, but what about the body of it? That’s exactly what The Metropolitan Museum of Art is going to unveil with its upcoming exhibition, “Ancient Egypt Transformed: The Middle Kingdom,” opening on October 12.

It’s a huge and comprehensive show: 230 artworks from 33 international museums, many of which will make their debut on American soil to fill in the blank spots of public knowledge. On display until January 24, 2016, in the Tisch Galleries, the Met’s largest space at 15,000 square feet, pieces ranging in size from one-inch long scarab amulets to the 10.5-foot Colossal Statue of a Pharaoh will chart the way through this largely overlooked period of Egyptian art history.

The Met’s choice is striking. “It’s kind of an unknown period of time. It’s a very unusual thing to do,” said Sam Merrin, antiquities dealer at Fifth Avenue’s Merrin Gallery—and owner of his own $1.1 million mummy and sarcophagus. “[But] there’s no question in my mind that it’s going to be sensational.”

The era’s obscurity was part of the appeal to head curator, Adela Oppenheim. “It’s good to present the public with someone that they’re less familiar with,” she told the Observer. She hopes that visitors develop a perspective on Egyptian art that doesn’t “just [focus] on these famous pharaohs that everyone knows about and [realize] that it was a much broader and richer culture—not as stagnant as I think sometimes is the stereotype.”

Such fine crafts were only able to thrive because of the second-billing pharaoh, Mentuhotep II (Men-two-hoe-tep), who lead Egypt out of the so-called “dark ages” around 2030 B.C, marking the start of the Middle Kingdom (around 2030-1650 B.C.).

After 100 years or so of strife, he reunified the divided Northern and Southern regions and ruled for about 50 years. Now able to spend a little less time on the battlefield, Egyptians and their art flourished, and there was a boom in temple construction.

The craft of jewelry reached new heights during the Middle Kingdom. On loan from the Manchester Museum is Riqqeh Pectoral, a gold cloisonné chest pendant with lapis lazuli and carnelian inlaid so that birds, eyes of Horus and flowers—principal Egyptian symbols–double to resemble a face. It’s barely 2 by 2 inches, yet the detail is spectacular.

King Tut might be the celebrity of Egyptian art, even the face of it—but what about the body of it?

The show will not have trouble conveying that, especially with some of its highlights. Just look at Head of Amenemhat III, a sculpture of a pharaoh whose reign many regard as the golden age of the Middle Kingdom. Folded skin, slight bags under the eyes—the 1.5-foot-tall head hailing from Copenhagen displays signs of aging, maturity and an honesty in the depiction of royalty that don’t exist in Old Kingdom art, where royalty is 17 forever.

“Most knowledge of Egyptian art is very rigid,” Torkom Demirjian, antiquities dealer and owner of Ariadne Galleries, told the Observer. “But here you get a sense of freedom.”

There are even family portraits, depictions of groupings of two-dozen or so relatives carved in stone, and many such images of mothers and their young children.

Nearly one-third of what will be on view comes from the Met’s extensive, world-renowned collection. The museum excavated many of its artifacts in Egypt during the early 20th century, giving the Met “a strong foundation on which to build a big exhibition,” Ms. Oppenheim said.

While the changing role of kingship will get its own section, the everyday Egyptian gets the spotlight here—a place usually occupied by figures like King Tut and Ramses. Amulets worn daily to ward off evil spirits, a wooden leonine statuette made to protect women and children, a green painted vessel depicting a funerary pilgrimage—the show will not run low on such household or ritual objects. Interestingly enough, none of this was considered art to Egyptians—they didn’t even have a word for art. Egyptians “weren’t really creating art for art’s sake the way we do today,” Ms. Oppenheim told the Observer.
The cult of Osiris, the god of the afterlife, was alive and well, and art was made more for the eyes of the gods, not for us lowly humans, so the refinement of these pieces will not disappoint. “This is not going to have the sex appeal of ‘King Tut,’ ” Mr. Demirjian told the Observer. But perhaps more of the charm and excitement of a new crush. 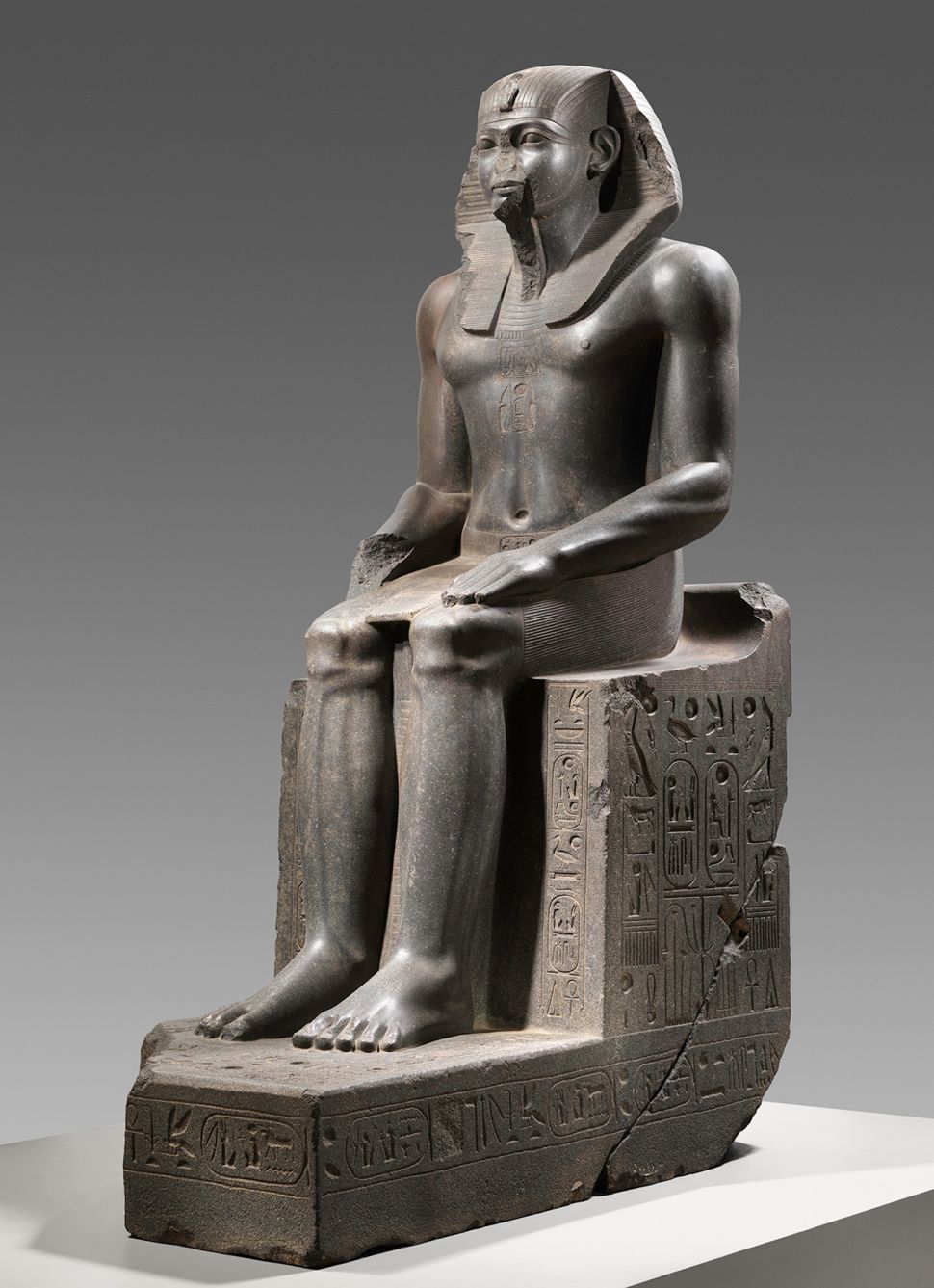