Though it is no longer the “palace of jewels,” the former headquarters for Tiffany & Co. at 15 Union Square West is still quite nice to look at, with its sleek glass-and-black-zinc exterior juxtaposed with the restored original cast-iron arches.

“One of the features is the mix of older architecture with sleeker finishes,” Core broker Cassie D’Agata opined of the sixth-floor, 2,282-square-foot duplex we visited. She gestured toward the massive window arches in the living room, adjacent to a metal library ladder propped against the custom built-ins overflowing with books as well as signed and framed copies of Playbill—the owner, Andrew Martin Weber, is “in the theater world.”

The full effect of the unit’s 16-foot ceilings is felt when ascending the floating glass-and-steel staircase that leads to the two bedrooms—a master suite with two walk-in closets and a bathroom that includes a glass-encased “wet room” with a claw-foot tub, as well as a guest bedroom with a single closet and en-suite marble-and-glass-tiled bathroom. (There’s an additional powder room on the first floor.)

Mr. Weber has decided to sell the condo because he “doesn’t use it that often,” Ms. D’Agata, who shares the $6.2 million listing with Patrick V. Lilly, told the Observer. She added that Mr. Weber “has a big art collection, so gallery space was important. He specifically chose the artwork, probably his favorite pieces, for this apartment.”

Those pieces include a Richard Serra print as well as a gold crown perched atop a small chair, with what look to be baby’s shoes underneath. (Ms. D’Agata clarified the shoes belong to a teddy bear named Charlotte.)

The living room opens on to the kitchen and then to the dining area, where one can view Union Square Park through more floor-to-ceiling windows. If the view loses its charm, there’s also a photograph of Charlotte the teddy bear wearing the aforementioned crown hanging in the kitchen. 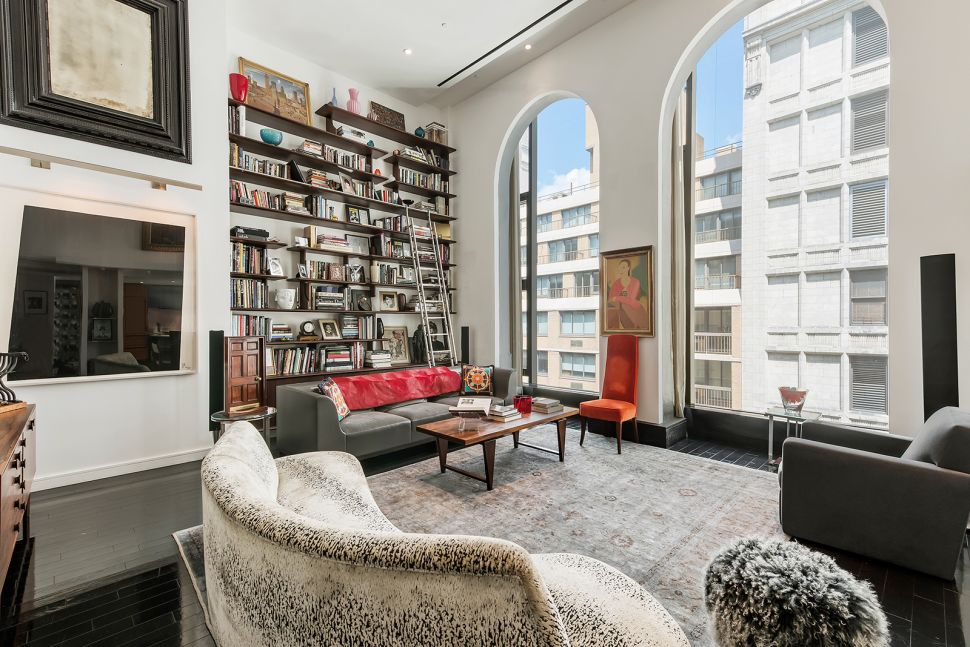