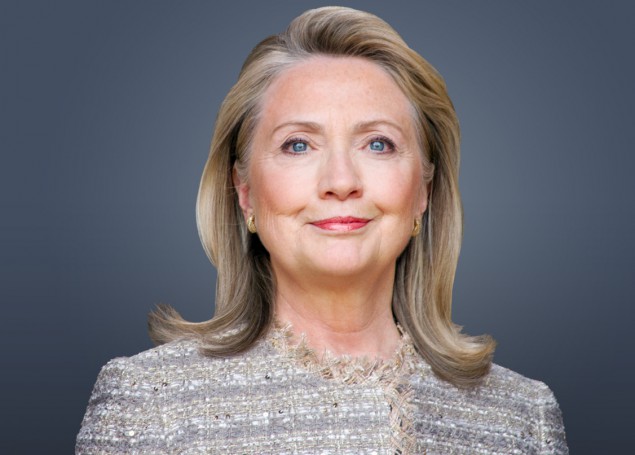 Hillary Clinton’s lead in the Democratic field has shrunk over the past month, mainly due to increased support for a candidate who isn’t even in the race.  The latest national Monmouth University Poll of Democrats and Democratic-leaning voters shows Joe Biden’s support rising as speculation swirls around his potential entry into the race.  The poll also found that the prospect of a Biden-Elizabeth Warren ticket appeals to many Bernie Sanders voters.

Hillary Clinton currently has the support of 42% of Democrats and Democratic-leaning voters nationwide, which is down from 52% just one month ago.  Joe Biden (22%) and Bernie Sanders (20%) are practically tied for second.  This represents an increase of 10 points in Biden’s support since August and a 4 point rise for Sanders over the same span.

In addition to the 22% who currently back Biden for the nomination, another 7% of Democrats say they would be very likely to consider voting for him if he does get into the race and a further 34% would be somewhat likely.  The total of 63% who either back Biden now or would support him if he ran is up from 56% who said the same in July.  Majorities of current Clinton (56%) and Sanders (56%) voters say they would be at least somewhat likely to consider switching their support to Biden if he jumps into the race.

“For a guy who is not running for president, Biden sure is making headway against the frontrunner,” said Patrick Murray, director of the independent Monmouth University Polling Institute in West Long Branch, NJ.  “There also seems to be an opening with the more liberal Sanders voters if Biden plays his cards right.”

A recent meeting between Biden and Senator Elizabeth Warren fueled rumors that an endorsement or other deal was being discussed.  About 1-in-4 (23%) Democratic voters say that they would be more likely to support Biden if he promised to name Warren as his running mate.  Another 7% say they would be less likely, but most (66%) say the prospect of a Biden-Warren ticket wouldn’t affect their nomination decision.  However, current supporters of Bernie Sanders (43%) are more likely than Hillary Clinton voters (18%) to say that naming Warren to the veep slot would make them more likely to support Biden.

Rumors have also circulated that Biden would commit to serving only one term if he ran.  This promise would have little impact on the nomination race.  Just 7% of Democrats say a single term pledge would make them more likely to support Biden, 9% would be less likely, and 80% wouldn’t be swayed either way.

Joe Biden’s personal rating has ticked up a few points in the past month, now standing at 71% favorable to 9% unfavorable, compared with 67% to 14% in August.  Despite her drop in nomination support, Hillary Clinton continues to be viewed favorably by the vast majority of Democrats.  Currently, 71% of her party’s voters have a favorable opinion of her and just 17% hold an unfavorable view – which is identical to her rating in August.

Bernie Sanders’s rating of 41% favorable to 14% unfavorable – with 45% of Democrats who still have no opinion of him – is similar to his 42% to 12% rating in August.  This marks a leveling off for the Sanders rating after a period in which his numbers steadily increased from the 22% favorable to 13% unfavorable marks he earned last December.

Democratic voter ratings for the rest of the field have not changed much over the past month.  Jim Webb has a 13% favorable to 14% unfavorable rating, Martin O’Malley has a 13% to 14% rating, and Lincoln Chafee has a 7% to 14% rating.

In the race for the nomination, Martin O’Malley and Jim Webb each have just 1% share of the Democratic vote while Lincoln Chafee, once again, registers no support.  Citing the results of a Monmouth University Poll showing Chafee at zero percent, Conan O’Brien launched a campaign to “Get Lincoln Chafee to 1%” on his TV show last month (http://teamcoco.com/video/get-lincoln-chafee-to-

It didn’t work.  The Monmouth University Poll has now interviewed 1,475 Democrats and Democratic-leaning voters in four national polls since Chafee announced his presidential bid in June.  And still, not one single poll participant has selected him in the nomination vote choice question.

“Sorry, Team Coco. You failed.  Maybe you should think about switching to Jim Gilmore,” said Murray, citing the Republican candidate whose poor poll showing means he will not even qualify for the second-tier GOP debate next week.

The Monmouth University Poll was conducted by telephone from August 31 to September 2, 2015 with 1,009 adults in the United States.   This release is based on a voter sample of 339 registered voters who identify themselves as Democrats or lean toward the Democratic Party.  This voter sample has a margin of error of + 5.3 percent.  The poll was conducted by the Monmouth University Polling Institute in West Long Branch.