Pucci, who is also the Monroe Democratic Municipal Chairman, said in the statement: “We are deeply disappointed that the Election Law Enforcement Commission has failed to locate our second quarter report, which was filed in July prior to deadline and mailed to ELEC’s post office box.”

According to ELEC Deputy Director Joe Donahue, the Monroe Township Democratic Organization’s second quarter report was received on Wednesday September 2. In Pucci’s statement, he acknowledged that the report had been sent to ELEC due to what he perceived on a failure on their behalf to post their first report online.

“Our staff had no indication that they sent it before that,” Donahue said. “If we had received the report we would have put it online. I’m not saying it didn’t get lost, but that doesn’t happen often. We know it is important to the candidate.”

Pucci’s statement continues by stating that the Monroe group’s “understanding is that this is not the first time that ELEC has failed to record reports it has received in a timely manner and we regret that our committee has suffered from bad publicity through no fault of our own.”

“We have always filed our reports on time and believe in full transparency,” the statement said. 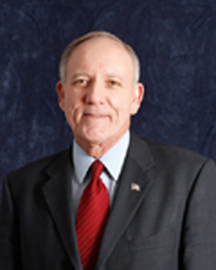